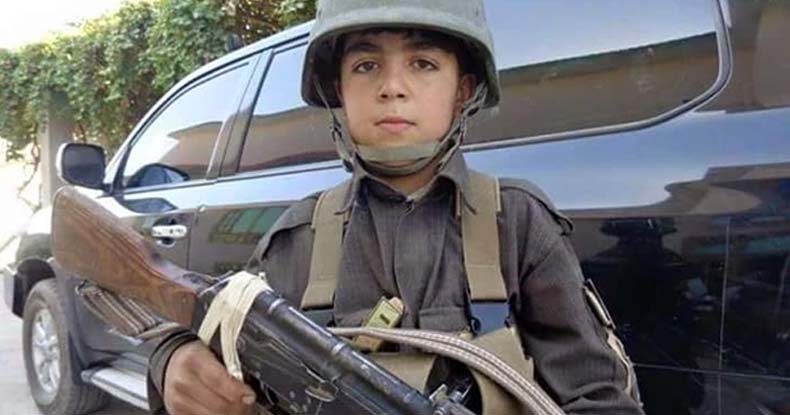 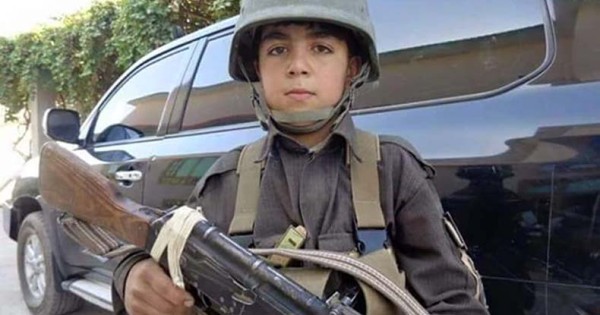 Washington, D.C. — The killing of a 10-year-old Afghan boy, Wasil Ahmad by Taliban forces has raised serious questions about the United State’s creation and backing of a militia group using of child soldiers.

Ahmad has been lionized as a national hero in Afghanistan after his death on Monday in the Uruzgan province at the hands of Taliban militants. The boy had previously gained national prominence for helping militia forces break an insurgent siege after his uncle had been wounded.

Ahmad’s death, while fighting alongside his uncle, with a U.S. supported government militia called the Afghan Local Police (ALP) has thrust the grim practice of child soldiers in combat into the international spotlight once again.

“There’s nothing heroic about putting a child in danger by arming him and having him fight in a war. The Taliban killed 10-year-old Wasil Ahmad, but those who encouraged him to fight bear responsibility as well,” Patricia Gossman, the senior Afghanistan researcher for Human Rights Watch, told The Guardian.
Afghan government officials said Ahmad was not formally part of the Afghan Local Police, but his uncle, with whom he fought alongside, was an official member of the group, according to The Guardian

According to a report by The Guardian:

Created in 2010, the Afghan Local Police, known as ALP, is largely an invention of the US military, and was initially overseen by elite US special operations forces. Critics have long pointed to persistent human-rights abuse allegations within an entity they fear provides cover for the empowerment of militias.
According to a US government audit in October, the US Defense Department has provided $469.7m to the ALP from inception through April 2015, and estimates that the force will cost approximately $121m annually to sustain.
The same audit chided the Pentagon for lacking plans to disband the ALP or transition its 30,000 fighters to the official security services after US sponsorship ends, a switch currently slated for September.
When asked by The Guardian for comment about the U.S. funding militia groups that field child soldiers, the Pentagon and U.S. Central Command both refused to comment, with the Pentagon directing attention to a State Department policy on aid to foreign militaries.

“Consistent with US law and policy, the Department of State vets its assistance to foreign security forces, as well as certain Department of Defense training programs, to ensure that recipients have not committed gross human rights abuses. When the vetting process uncovers credible information that an individual or unit has committed a gross violation of human rights, US assistance is withheld.”
Afghan interior minister Sediq Sediqqi said that recruitment of children is against official policy and that it’s a crime to use child soldiers. The spokesman for the Uruzgan provincial governor noted that while Ahmad was not an official member of the ALP, he took up arms to avenge the deaths of 16 family members that had all been members of the ALP and had been killed by the Taliban.

“Recruiting child soldiers violates international law and Afghan law, but tragically it’s been a longstanding practice by some Afghan militias and ALP. Even though some of these forces get US support, there has been little effort to hold abusive commanders accountable for such crimes. It’s high time the Afghan government matched its words with action to end the practice of recruiting child soldiers,” said Human Rights Watch’s Gossman.
The idea of U.S. funding going to directly to groups that employ children soldiers is repugnant and shocking to the conscience. When policy becomes more important than morality, people suffer.

Jay Syrmopoulos is a political analyst, free thinker, researcher, and ardent opponent of authoritarianism. He is currently a graduate student at University of Denver pursuing a masters in Global Affairs. Jay’s work has been published on Ben Swann’s Truth in Media, Truth-Out, Raw Story, MintPress News, as well as many other sites. You can follow him on Twitter @sirmetropolis, on Facebook at Sir Metropolis and now on tsu.
Read more at http://thefreethoughtproject.com/united-states-exposed-complicit-arming-training-child-soldiers-afghanistan/#XIEHvuRQr8EjBscG.99