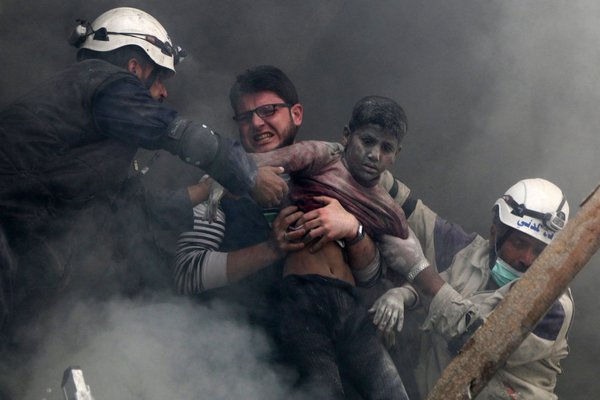 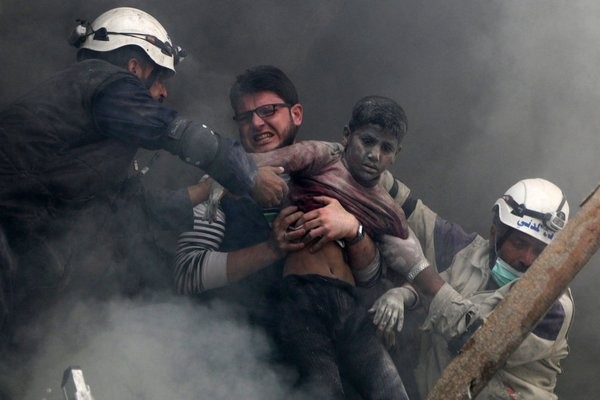 A boy was pulled from the rubble after a barrel bomb attack in Aleppo, Syria, last year. Credit Hosam Katan/Reuters

WHO would have thought there could be an uplifting story from Syria?

Yet side by side with the worst of humanity, you often see the best. In Syria, that’s a group of volunteers called the White Helmets. Its members rush to each bombing and claw survivors from the rubble.

There are more than 2,200 volunteers in the White Helmets, mostly men but a growing number of women as well. The White Helmets are unpaid and unarmed, and they risk their lives to save others. More than 80 have been killed in the line of duty, the group says, largely because Syrian military aircraft often return for a “double-tap” — dropping bombs on the rescuers.

Wearing simple white construction helmets as feeble protection from those “double-tap” bombings, the White Helmets are strictly humanitarian. They even have rescued some of the officers of the regime of President Bashar al-Assad who are bombing them.
Nicholas Kristof
Human rights, women’s rights, health, global affairs.

Every day there are scores of bombings or missile strikes across Syria — for months, the beautiful ancient city of Aleppo was enduring 50 attacks a day — and, each time, these are the crews that extinguish the fires and help the injured.