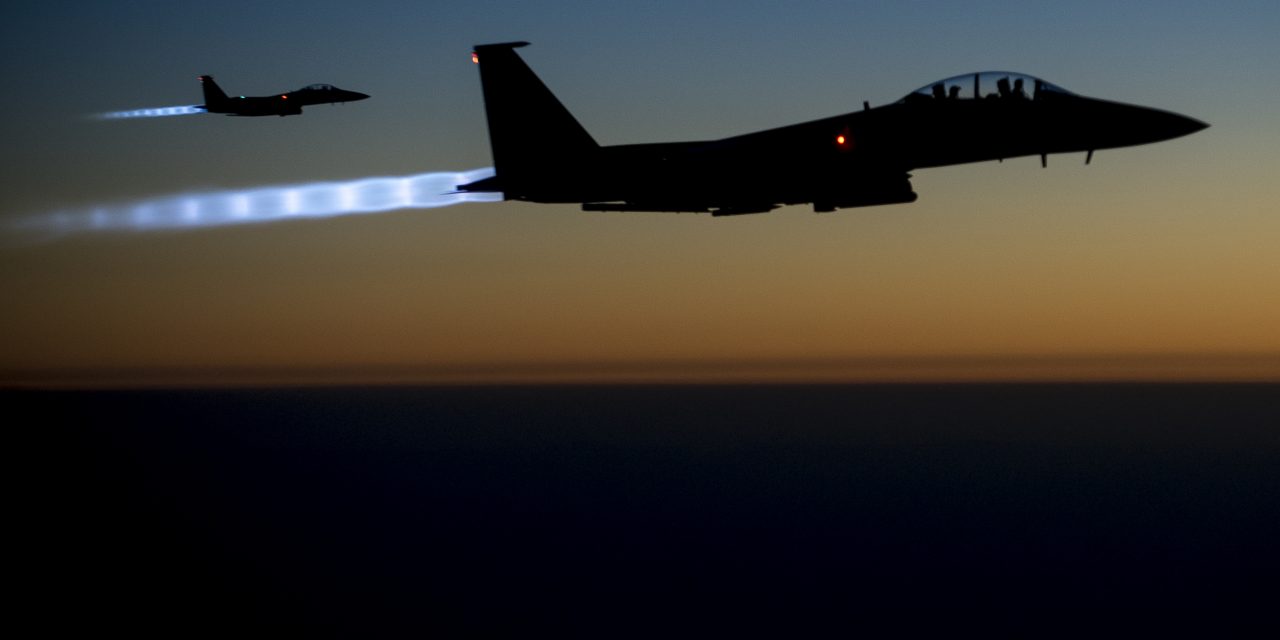 US Confirms Strikes in ‘Vicinity,’ Says No Evidence They Hit School

US forces were conducting an airdrop of Kurdish fighters around the Syrian town of al-Mansour, near the ISIS capital city of Raqqa, and carrying out heavy airstrikes to cover the drop. Among the airstrikes, one hit a school in the town which was being used to house civilians from the surrounding area displaced by the fighting. At least 33 civilians were killed.

The Syrian Observatory for Human Rights said 33 dead had been recovered from the rubble so far, and that only two survivors had been recovered yet. Raqqa Is Being Slaughtered Silently, another NGO, reported the school sheltered around 50 displaced families, which might suggest the toll will continue to rise.

The Pentagon is, as always, evasive about the civilian casualties, confirming that they carried out multiple airstrikes in the immediate vicinity of the incident, but saying that there is “no evidence” that they hit a school in the course of that.

If confirmed, which seems probable, this would be the second US strike causing large civilian casualties in Syria in a week, with the previous attack further west in the village of al-Jineh destroying part of a mosque and killing at least 49 civilians, and according to some reports as many as 75.

This article first appeared on Antiwar.com and was authored Jason Ditz.