US driver shot from police helicopter 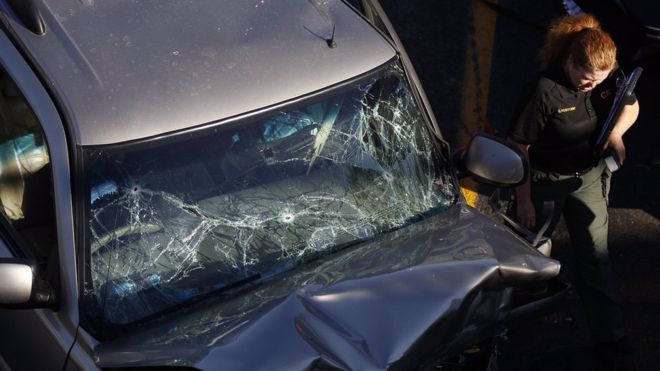 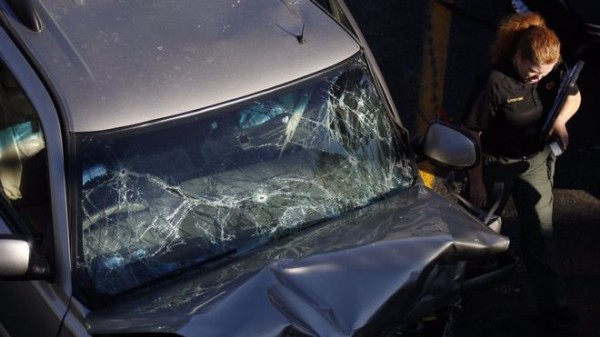 A driver involved in a high-speed chase in California was struck by gunfire from a police helicopter, officials have confirmed.
The driver had refused to pull over, police said, and had sped past stop signs and red lights.
Police opened fire when the car began heading the wrong way on a motorway. The driver was later confirmed dead.
A sheriff’s spokeswoman said shootings from helicopters were rare but deputies did train for such eventualities.
The incident began on Friday in Devore, east of Los Angeles, when police tried to pull over a man believed to have committed a burglary.
The Chevrolet Tahoe SUV drove through residential districts at high speed, narrowly missing pedestrians, before getting on to Interstate 215 the wrong way, a statement from the San Bernardino County sheriff’s department said.
Three injured
A deputy in a helicopter giving chase opened fire, hitting the SUV several times.
The wounded driver jumped from the moving car and ran a short distance before collapsing and dying by the side of the road, the statement said.
Police say they are awaiting autopsy results to reveal whether the man died from gunshot wounds or from leaping from the vehicle.
Police spokeswoman Jodi Miller said officers decided to open fire because the driver was threatening public safety.
The driverless SUV crashed head-on into a Dodge Durango injuring three people, one of whom remains in hospital, police added.