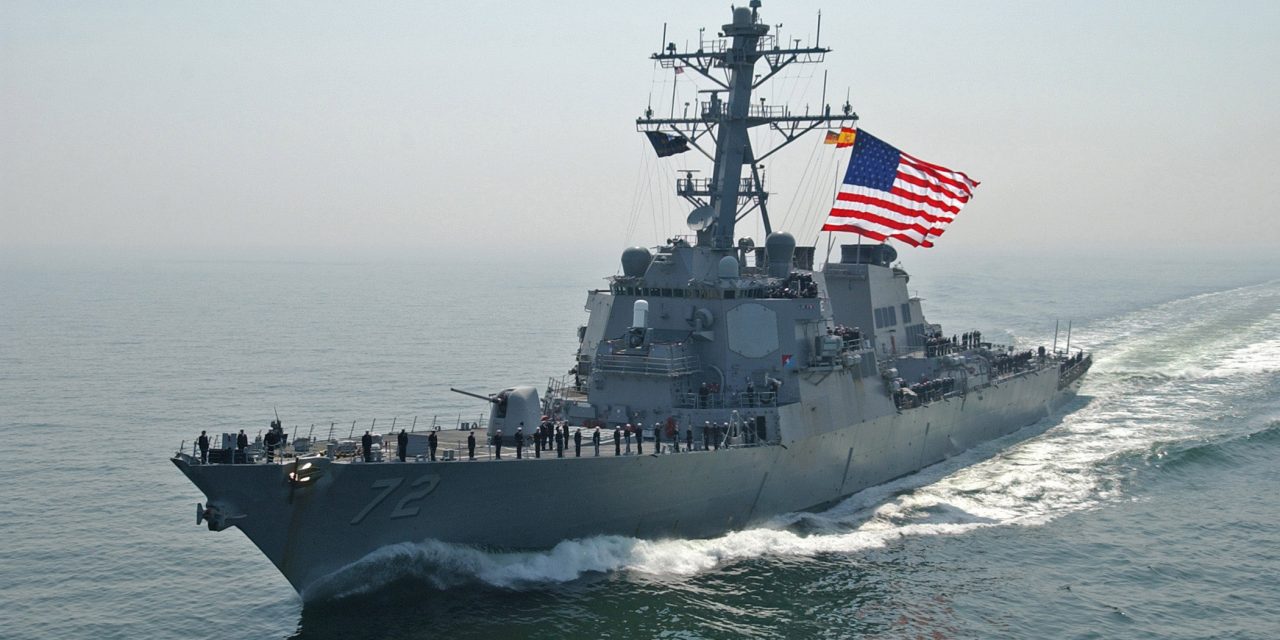 The USS Mahan is armed with dozens of Tomahawk cruise missiles.

(We Are Change) — A U.S. Navy destroyer fired three warning shots at four Iranian ships on Sunday as they sped towards the USS Mahan.

Only then did the Iranian boats turn away, according to the Associated Press.

Allegedly, the U.S. navy ship attempted to establish contact before firing warning shots at the boats of the Iranian Revolutionary Guard Corps Navy, but according to Navy Capt. Jeff Davis, a Pentagon spokesman, the Iranians did not respond to the American request for them to slow down.

“This was an unsafe and unprofessional interaction,” said Navy Capt. Jeff Davis.

The armed Iranian patrol ships were 800 meters (2,624ft) away from the American warship when the incident took place.

This event is just the latest of similar incidents between the United States and Iran.

In January 2016, 10 U.S. sailors were taken into custody after their ships crossed into Iranian waters. Three months before that in November 2015, an Iranian vessel pointed its gun at a U.S. Navy chopper.

“These types of actions are certainly concerning and certainly risk escalating tensions.”

Let’s hope this doesn’t escalate into a dangerous situation.