US Is an Oligarchy Not a Democracy, says Scientific Study 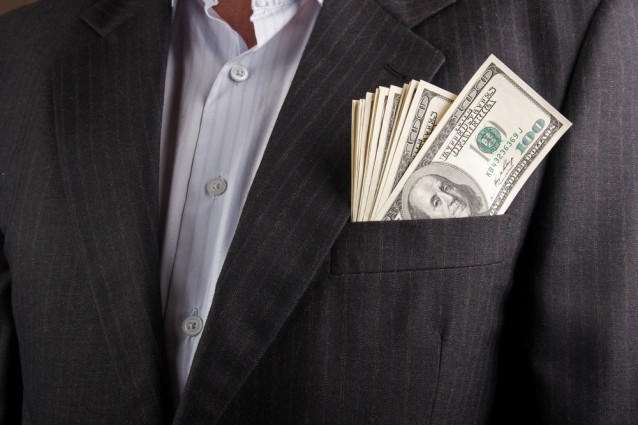 A study, to appear in the Fall 2014 issue of the academic journal Perspectives on Politics, finds that the U.S. is no democracy, but instead an oligarchy, meaning profoundly corrupt, so that the answer to the study’s opening question, “Who governs? Who really rules?” in this country, is:
“Despite the seemingly strong empirical support in previous studies for theories of majoritarian democracy, our analyses suggest that majorities of the American public actually have little influence over the policies our government adopts. Americans do enjoy many features central to democratic governance, such as regular elections, freedom of speech and association, and a widespread (if still contested) franchise. But, …” and then they go on to say, it’s not true, and that, “America’s claims to being a democratic society are seriously threatened” by the findings in this, the first-ever comprehensive scientific study of the subject, which shows that there is instead “the nearly total failure of ‘median voter’ and other Majoritarian Electoral Democracy theories [of America]. When the preferences of economic elites and the stands of organized interest groups are controlled for, the preferences of the average American appear to have only a minuscule, near-zero, statistically non-significant impact upon public policy.”

To put it short: The United States is no democracy, but actually an oligarchy.

The authors of this historically important study are Martin Gilens and Benjamin I. Page, and their article is titled “Testing Theories of American Politics.” The authors clarify that the data available are probably under-representing the actual extent of control of the U.S. by the super-rich:

Economic Elite Domination theories do rather well in our analysis, even though our findings probably understate the political influence of elites. Our measure of the preferences of wealthy or elite Americans – though useful, and the best we could generate for a large set of policy cases – is probably less consistent with the relevant preferences than are our measures of the views of ordinary citizens or the alignments of engaged interest groups. Yet we found substantial estimated effects even when using this imperfect measure. The real-world impact of elites upon public policy may be still greater.

Nonetheless, this is the first-ever scientific study of the question of whether the U.S. is a democracy. “Until recently it has not been possible to test these contrasting theoretical predictions [that U.S. policymaking operates as a democracy, versus as an oligarchy, versus as some mixture of the two] against each other within a single statistical model. This paper reports on an effort to do so, using a unique data set that includes measures of the key variables for 1,779 policy issues.” That’s an enormous number of policy-issues studied.

What the authors are able to find, despite the deficiencies of the data, is important: the first-ever scientific analysis of whether the U.S. is a democracy, or is instead an oligarchy, or some combination of the two. The clear finding is that the U.S. is an oligarchy, no democratic country, at all. American democracy is a sham, no matter how much it’s pumped by the oligarchs who run the country (and who control the nation’s “news” media). The U.S., in other words, is basically similar to Russia or most other dubious “electoral” “democratic” countries. We weren’t formerly, but we clearly are now. Today, after this exhaustive analysis of the data, “the preferences of the average American appear to have only a minuscule, near-zero, statistically non-significant impact upon public policy.” That’s it, in a nutshell.