US ready to offer Israel largest aid package in history 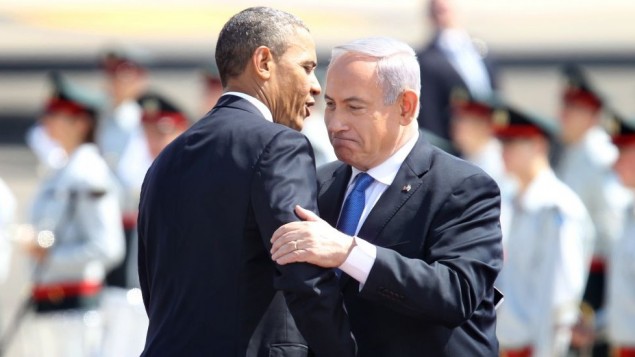 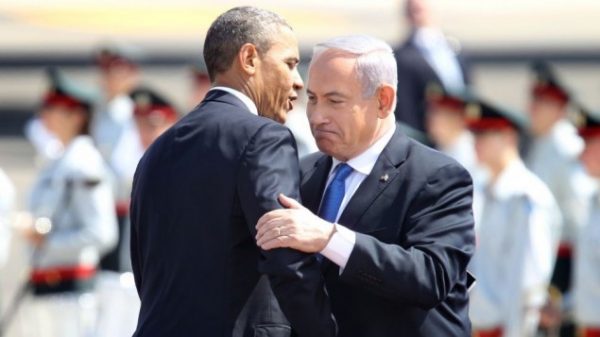 A White House official indicated on Monday that the Obama administration was ready to offer Israel the largest military aid package offered to any country over the course of US history.

Amid a push by a large majority of senators to increase foreign aid to Israel, a White House official told Reuters: “We are prepared to sign an MOU [memorandum of understanding] with Israel that would constitute the largest single pledge of military assistance to any country in US history.”
The official said discussions with Israel were ongoing on a memorandum of understanding that would increase US military aid to Israel for the next 10 years, due to be renewed before 2018.

More than 80 of the 100 sitting US senators signed a letter Monday calling on President Barack Obama to increase aid to Israel and immediately sign an agreement on a new defense package. Democratic presidential candidate Bernie Sanders is not one of the 83 signatories.

“In light of Israel’s dramatically rising defense challenges, we stand ready to support a substantially enhanced new long-term agreement to help provide Israel the resources it requires to defend itself and preserve its qualitative military edge,” said the letter, which was seen by Reuters.

Republican Lindsey Graham and Democrat Chris Coons were behind the letter, which was signed by 51 Republican and 32 Democratic senators.

Republican presidential candidate Senator Ted Cruz was one of the signatories, while Sanders was not.

Due to expire in 2018, the current aid package stands at $3 billion annually, and, according to reports, Israel wants to up the amount to $5 billion annually. Prime Minister Benjamin Netanyahu has hinted he may wait to negotiate with Obama’s successor to try and secure a better deal.

Israel welcomed the reports but did not comment on the status of talks over the deal.

Speaking to The Times of Israel last month, chairman of the Senate’s Subcommittee on State, Foreign Operations and Related Programs Lindsey Graham vowed to “do everything I can to squeeze some money out of a tight budget to help increase funding for Israel.”

“Israel has to decide what to do and when to do it. But I can say this: we’ll have more money this year than potentially next year, because sequestration kicks back in,” he explained, referring to spending cuts the US federal government enacted in 2013.

During a visit to Israel last month, US Vice President Joe Biden reportedly warned Netanyahu that the aid package will be less than what Jerusalem seeks, but offered reassurances the amount would reflect the security needs of the country.

During Biden’s meeting with Netanyahu, described by an Israeli official as “friendly, cordial and warm,” the vice president urged the prime minister to accept the offer, assuring him the agreement could always be amended at a later date.

“In the past we’ve known how to make adjustments to agreements after they’ve been signed,” he said according to Channel 10, which cited senior Israeli officials.

The Prime Minister’s Office could not confirm the content of the report.

In November, Israel was said to have completed its “shopping list” of desired American military materiel, which reportedly included a request for V-22 Ospreys, planes believed capable of reaching Iran.

Israel also reportedly sought the V-22s from the US in 2012 when contemplating a strike on Iran’s Fordo enrichment facility, but later decided not to purchase due to budgetary restraints.

Under a separate budgetary hierarchy, the US administration is understood to be well-disposed to ensure funding for Israel’s missile defense systems — maintaining and improving the Iron Dome (short-range missile interceptor) and the Arrow (long range) systems, and deploying David’s Sling (medium range), to ensure Israel can counter threats from neighboring Gaza, south Lebanon and Syria, as well as from an Iran that is relentlessly developing its ballistic missile systems.

Judah Ari Gross and Raphael Ahren contributed to this report.

Written by Raoul Wootliff of Times of Israel