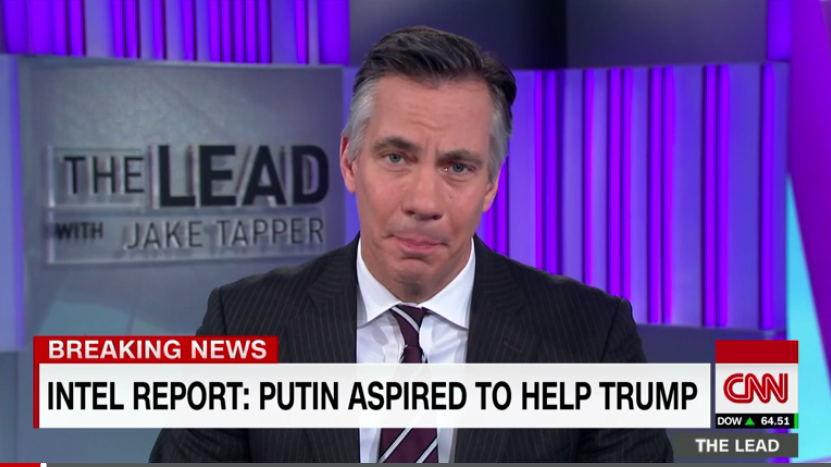 (We Are Change) — Russian President Putin “ordered an influence campaign in 2016 aimed at the U.S. presidential election,” according to U.S. intelligence officials, who declassified a report on Friday.

In the report it is claimed that the secret Russian operation consisted of hacking Democratic individuals and groups—more specifically Clinton campaign chairman John Podesta—and releasing that information via third-party websites like WikiLeaks.

“We assess Russian President Vladimir Putin ordered an influence campaign in 2016 aimed at the US presidential election,” the report said.

“We further assess Putin and the Russian Government developed a clear preference for President-elect Trump. We have high confidence in these judgments.”

The intelligence report called this “a significant escalation” in ongoing Russian efforts to undermine “the US-led liberal democratic order.”

“We also assess Putin and the Russian Government aspired to help President-elect Trump’s election chances when possible by discrediting Secretary Clinton and publicly contrasting her unfavorably to him,” according to the report.

The report was issued shortly after Donald Trump met with top intelligence officials in New York for a briefing. Trump spoke to The New York Times by phone for three hours before he was set to be briefed.

“How come nobody even talks about that? This is a political witch hunt.”

The President-elect also made a statement regarding a recent Buzzfeed article that caused a dispute between the DNC and FBI over the investigation into Russian hacking of  DNC servers.

“The D.N.C. wouldn’t let them see the servers,” Trump said. “How can you be sure about hacking when you can’t even get to the servers?”

After the president-elect was briefed by U.S. intelligence officials, Trump said: “While Russia, China, other countries, outside groups and people are consistently trying to break through the cyber infrastructure of our governmental institutions, businesses and organizations including the Democrat National Committee, there was absolutely no effect on the outcome of the election including the fact that there was no tampering whatsoever with voting machines.”

Seven pages of the report were devoted to RT and its influence on the U.S. election “by serving as a platform for Kremlin messaging to Russian and international audiences.” 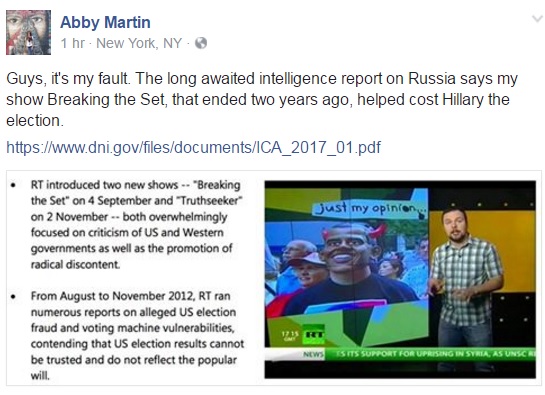 According to U.S. intelligence officials, RT’s pro-Trump campaign began in March 2016 by “consistently” displaying Trump “as the target of unfair coverage from traditional US media outlets” that were “subservient to a corrupt political establishment.”

DNI claims RT is reason Hillary lost election. They start by naming 2 shows that haven't been on air in over year https://t.co/lQqv6jnc2k

To be clear, the DNI report did not provide any hard evidence of Russian hacking and relied on analyses from the CIA, FBI and NSA. The CIA and FBI have “high confidence” in the results of the report, while the NSA only has “moderate confidence.”

“Disclosures through WikiLeaks did not contain any evident forgeries,” the report admitted, contradicting previous claims made by the Clinton campaign.