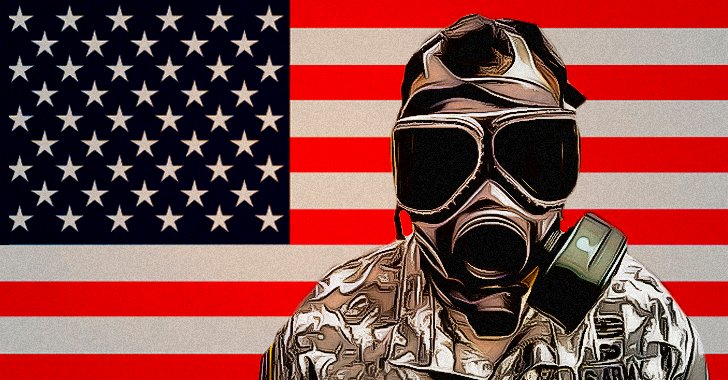 Politicians around the world are rightly condemning the recent suspected chemical weapons attack in Syria that killed dozens of civilians, including children — even if their finger pointing at President Bashar al-Assad lacks conclusive evidence to support their confident accusations.

Of course, these allegations ignore previous evidence that Syrian rebels were responsible for the attack — arguably rebels the West has made a habit of empowering over the years.

Regardless of who was responsible for the gruesome attack, however, the politicians condemning the carnage most vehemently have little ground to stand on considering their perceived authority stems from a government guilty of using chemical weapons.

The use of chemical and biological weapons in warfare was banned after World War I — a prohibition that was reaffirmed in 1972 and again in 1993. Tear gas, which is recognized as a chemical weapon, was included in the 1993 ban, but the final agreement allowed governments to use it domestically for riot control.

American police have used it to suppress protests for decades. Though the vast majority of protesters at the Dakota Access Pipeline demonstrations in Standing Rock, North Dakota, were peaceful, law enforcement sprayed them with the chemical weapon, anyway. Though tear gas is a relatively mild chemical weapon compared to sarin gas, it can cause severe adverse health effects. A reputed U.N. lawyer forcefully condemned its use, along with other heavy-handed police tactics. Few American lawmakers came to their defense.

U.S. law enforcement also deployed tear gas against black civil rights protesters in the 1960s and officers have continued to do so at protests against police brutality in recent years. But the government has used far worse chemical weapons than tear gas.

The United States military used Agent Orange to destroy the opposition in its ill-fated war against Vietnam (it also used napalm extensively, a chemical that, when mixed with gasoline and bombs, amplifies explosions and poisons the air).

“U.S. planes sprayed some 11 million to 13 million gallons of Agent Orange in Vietnam between January 1965 and April 1970” to destroy foliage the Vietcong used for cover, History.com has noted. To this day, Vietnamese individuals suffer the consequences of the United States’ weaponization of the chemical herbicide and defoliant. Between 2.1 and 4.5 million Vietnamese lived in regions sprayed with the chemical, and its remnants remain in the soil.

One of the active ingredients, dioxin, “has been shown to be highly toxic even in minute doses; human exposure to the chemical could be associated with serious health issues such as muscular dysfunction, inflammation, birth defects, nervous system disorders and even the development of various cancers.”

Though some might dispute the notion that Agent Orange, supplied to the U.S. military by Monsanto, Dow Chemical, and other corporations, is actually a chemical weapon, there is little technical doubt. Both herbicides and defoliants are considered chemicals, meaning when they are intentionally used in warfare, they are chemical weapons. Perhaps the biggest difference between the two chemicals is that nerve gas kills victims almost immediately whereas Agent Orange often leads to diseases that take lives over time.

According to Vietnamese officials, Agent Orange has killed or maimed as many as 400,000 people.

Further, a 2001 study that investigated the effects of Agent Orange on the reproductive systems of Vietnamese women described the use of the toxic herbicide as “chemical warfare” that had dire effects, including miscarriages, premature births, and “congenital malformations or developed disabilities within the first years of life” among ? of babies born to parents exposed to it.

To this day, the U.S. military is paying out settlements to thousands of veterans who were negatively affected by the chemical and, like Vietnamese parents, passed the damage down to their children. The military’s own website acknowledges Agent Orange may be responsible for various cancers, including Leukemia, as well Parkinson’s disease, heart disease, and birth defects in offspring.

Unsurprisingly, when the chemical weapons ban was reaffirmed in 1972, the United States insisted that herbicides should not be included and that their use did not constitute chemical warfare.

In the 1980s, the CIA reportedly knew Saddam Hussein was using chemical weapons in his U.S.-backed war with Iran. But the U.S. government did nothing to stop him — in one instance, they helped advance an attack against Iran knowing Hussein was using banned sarin and mustard as weaponry.

The United States is not the only Western power that has employed treacherous chemical weapons in warfare. As The Guardian has pointed out, Great Britain also unleashed them in their fight against the Bolsheviks in World War I and in Gaza in 1917. Historical hero Winston Churchill also insisted on using them against “rebellious” tribes in India. “I am strongly in favour of using poisoned gas against uncivilised tribes,” he said in a secret memo. France and Germany also used nonlethal chemical weapons in World War I — around the same time Western colonial powers were seeking to dominate and partition the Middle East, including Syria.

The West is now categorically condemning the chemical attack in Syria.

Conveniently absent from his condemnation was any acknowledgment that the Israeli government has used chemical weapons. In 2009, a Human Rights Watch report declared  Israel had knowingly released white phosphorus on civilian populations in Gaza. As the Guardiansummarized:

“In a 71-page report, the rights group said the repeated use of air-burst white phosphorus artillery shells in populated areas of Gaza was not incidental or accidental, but revealed ‘a pattern or policy of conduct.’”

The Israel government initially denied using chemical weapons, only to later admit they had. They asserted they were used in accordance with international law and had not targeted civilians.

Regardless, as the media continues to direct its hysteria at the Syrians tragically suffering in Syria, politicians are aiming to claim the moral high ground — if not blame Assad without conclusive evidence — cobbling together a strategy to push for his removal from power. Though last week the Trump administration said regime-change in Syria would no longer be a U.S. foreign policy goal, following the attack on Tuesday the president said his “attitude toward Assad and Syria has changed very much.” He has not indicated whether he intends to impose more military force.

As this feeding frenzy wears on, beware moral grandstanders in public office who will undoubtedly neglect to acknowledge the carnage their own government’s chemical weapons have imposed on civilians over the course of the last century, all while they continue to advocate further war and intervention in 2017.