World Rushes To Blame Assad After Another Chemical Attack In Syria 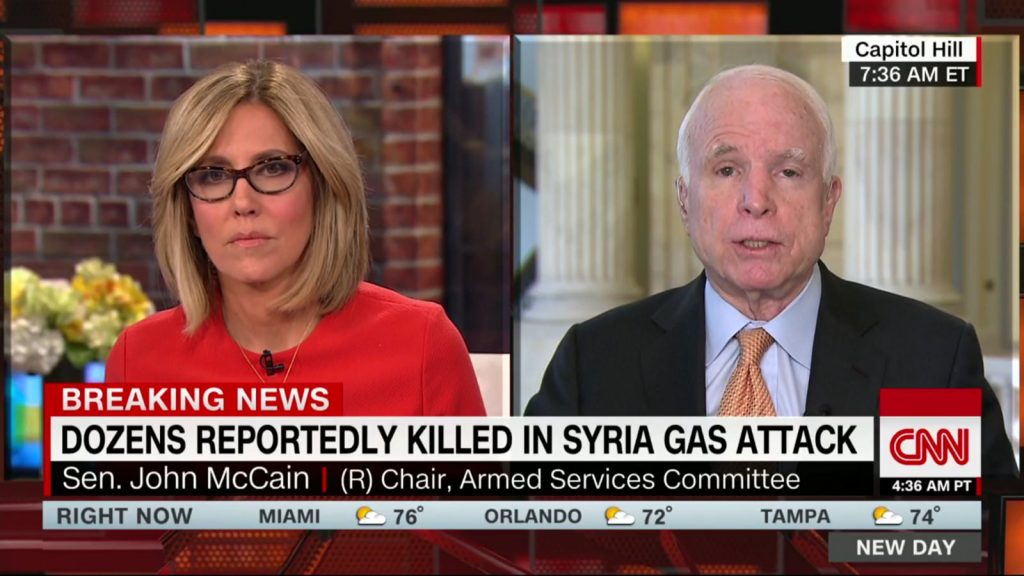 The western media went into a frenzy yesterday starting yet another smear campaign. This time accusing the Syrian Army of using chemical weapons in Idlib. The problem is the accusation doesn’t hold up to even half hearted scrutiny.

Reports broke this morning concerning a chemical weapons attack in Idlib. Which the western powers have already begun blaming on the government of Bashar Assad; after less than half a day of investigation. The EU and Israel also joined in making these accusations with the US.

The west bases these claims on reports coming from the Syrian Observatory for Human Rights (SOHR), and the notorious al Qaeda allied White Helmets. The US media still pretends the White Helmets are an impartial group. But they have recently begun to acknowledge that the SOHR is biased in favor of “the opposition.”

The Syrian General Command of the Army and Armed Forces issued a statement earlier today denying these claims.

“The armed terrorist groups used to accuse the Syrian Arab Army of using toxic gases against them groups or against civilians in anytime they fail to implement the targets of their sponsors and operators or when they are unable to achieve any advantages on the ground in an desperate attempt to justify their failure and to maintain the support of their supporters.”

The White Helmets of course fit into the designation of terrorists– or at least terrorist sympathizers– and they are the group most vocally claiming that Sarin gas was used in the attack. However, the photos they released of their response to this deadly nerve agent show them treating the victims with none of the proper safety gear and remaining unharmed.

It’s strange that the international community is jumping on board with the accusations. Especially since it was the UN who declared in 2013 that the Syrian government no longer possessed and chemical weapons. The narrative blaming the attack on Assad also runs counter the the multiple documented incidents of chemical weapon stockpiles found in formerly “rebel” held Syrian territories.

Some reports also state chemical weapons were dropped from Russian jets in the area. However Russian officials released a statement denying this accusation along with evidence that their forces weren’t even operating in Idlib at the time of the attack.

Of course these denials and evidence aren’t enough to make the international community go back on their accusations.

Israeli prime minister Benjamin Netanyahu called for further intervention by western powers in Syria. Saying the “chemical weapons need to be removed” again apparently. Israel has already interfered in Syria recently. So it should come as no surprise that Netanyahu would seek another justification to back-up his recent violations of his neighbor’s airspace.

White House press secretary Sean Spicer agrees with this. Spicer blamed the chemical attack on the Obama administration’s weakness for failing to remove chemical weapons to begin with. This is despite the fact that Russia oversaw the process.

These accusations obviously aren’t occurring in a bubble. The events surrounding Syria right now should also be examined. The reports on crimes of the Syrian government seem to occur more frequently as the Syrian army racks up more victories every day.

There has also been a strange shift from the Trump administration, announced by UN envoy Nikki Haley last week, that toppling Assad was no longer the number one priority. This statement doesn’t matter that much when you take into consideration that the US forces, in Syria illegally, were still making plans to partition the country and take power from Damascus.

The statements by Spicer today, as well as an apparent reversal by Haley who said yesterday that “the Syrian people don’t want Assad as a leader,” seem to indicate that there isn’t any actual change in US policy. Despite what the Trump administration said at the end of last week, it looks like this week is beginning with business as usual.