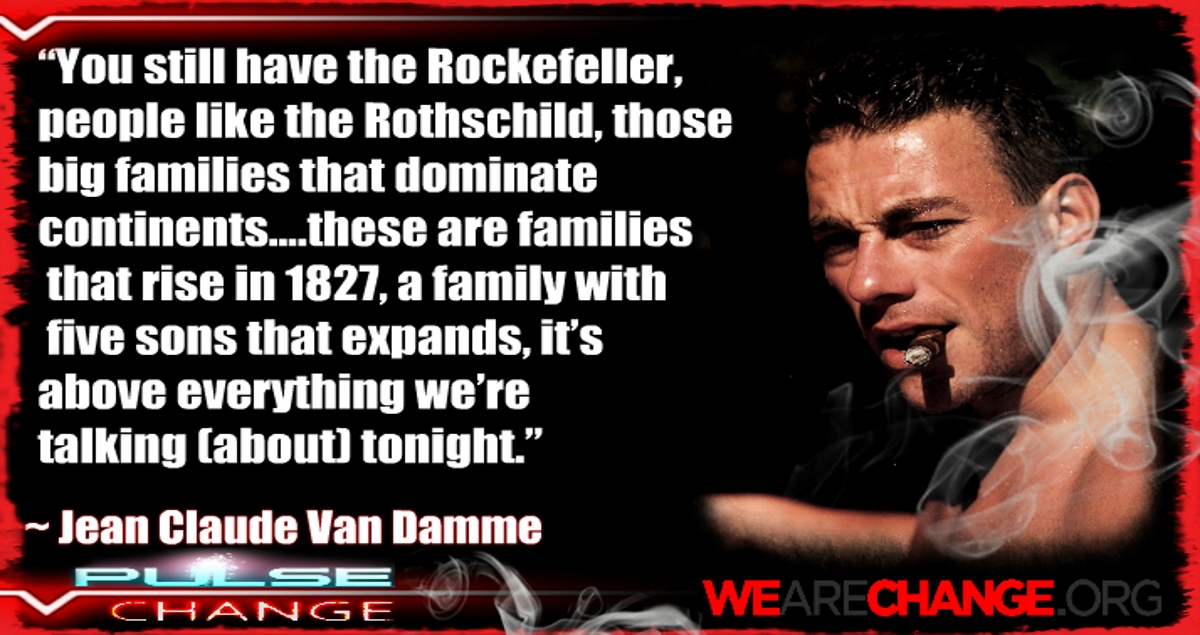 Appearing on the French television show, Le Grand Journal, Jean-Claude Van Damme showed the world that he aware of the global control and power of the Rothschild and Rockefeller families, and he wasn’t afraid to say it.

Jean Claude was invited on the French show to speak with them about the US elections, and was asked to comment on Donald Trump, Ted Cruz, and Vladimir Putin.

However, he quickly hijacked the narrative and went on to explain how the Rothschild and Rockefeller families control the politicians and run the world from behind the scenes.

Here is a brief transcript translated to English, of the interview which was originally broadcast in French:

JCVD: he (T.Cruz) is the individual that said Putin is a gangster.

C.O: Cruz? Yes, whereas Trump said Putin was a formidable guy (french media have been bashing Putin quite a bit the past few years, this is an association fallacy based on a lie lol).

JCVD: “let’s remain political and righteous”  he said  before he was (interrupted)

C.O: yes but it holds for both

Anchor: you are talking about… (interrupted)

JCVD: it’s above everything we’re talking tonight… so you have lobbyists, people that are candidate to elections, and then you have people like Donald Trump, who have what? 10 millions euros?

JCVD: he might have more but that’s what he declares in legal documents, in any-case, if I myself have goods, and worked all my life, for my families, my friends, for my country where i pay my taxes, what he wants first in my opinion is to protect his interests, whereas someone who works for free is someone dangerous. It’s true we have problems with globalism, but what he says in a way, to get out of globalism, is to leave the world alone, it’s a different philosophy.

JCVD: Hang on a second, I was asked if I knew politics, I’m Aware! 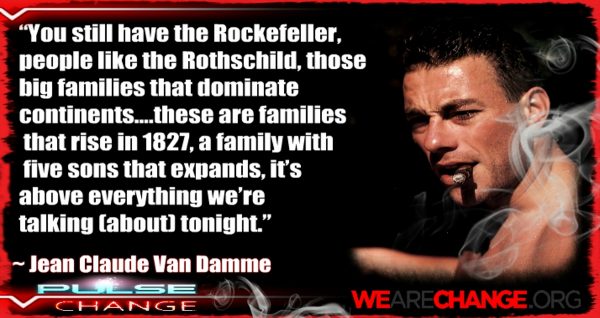 Lets Get Luke To Germany -JOIN-

12HdLgeeuA87t2JU8m4tbRo247Yj5u2TVP
We Are Change is 100% Independent and made possible through Your Support !
Wearechange.org/donate
Visit The Gear Store Wearechange.org/gear