A Wave of Social Media Arrests Sweep Through London 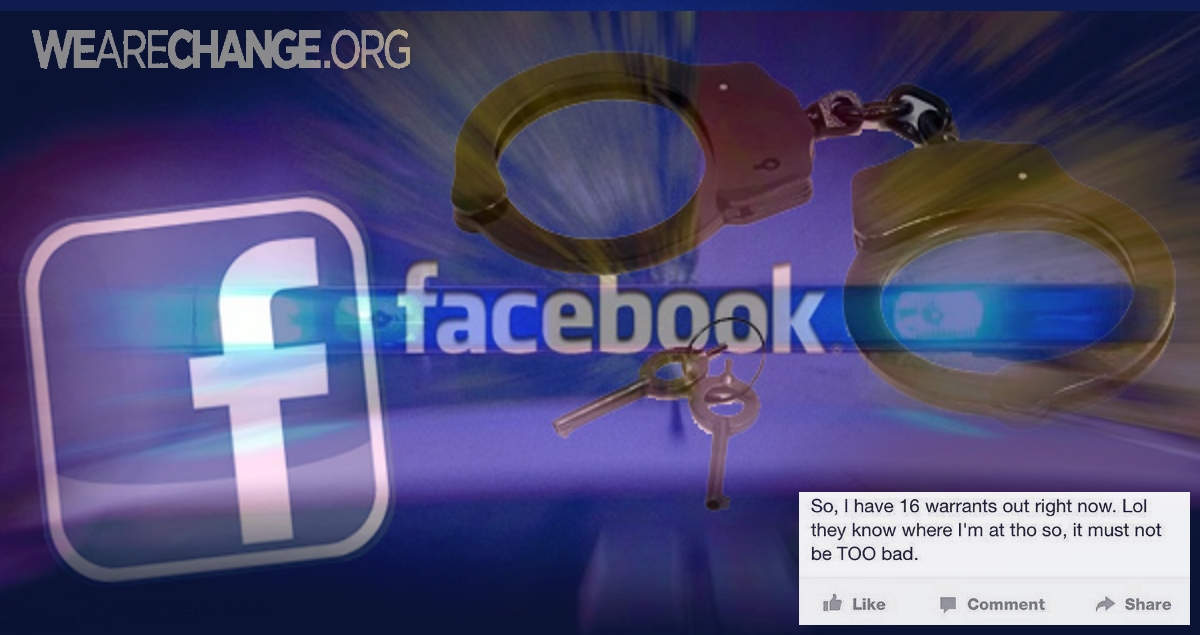 Sharing is scaring, say the cops “Online crimes of speech” are landing a growing number of people in London’s courts, according to data reported by the city’s police force in response to a Freedom of Information Request. While these types of arrests seemed to be on the decline between 2010 and 2013, a surge was observed again last year.

The Register reports that the number of arrests made for obscene, anxiety-causing, and otherwise offensive messages has increased by 37 percent since 2010. The most common type of these arrests is for “Sending messages intended to offend or menace,” accounting for over 60 percent of all crimes included under Section 127 of the Communications Act 2003. This controversial bit of legislation broadly defines illegal communication as “using public electronic communications network in order to cause annoyance, inconvenience or needless anxiety,” a definition that could, frankly, apply to pretty much every website on earth at some point, particularly Britain’s own Daily Mail. Violating this law can carry a six-month prison term or fine of up to the equivalent of $5,500. 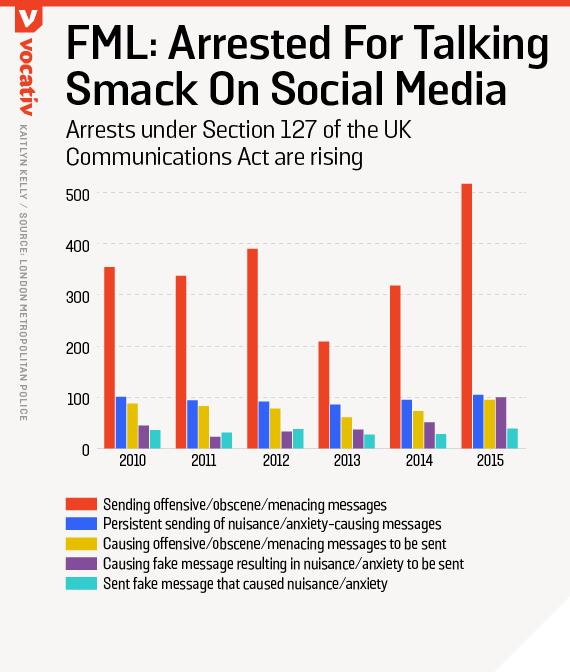 The arrests were all made under the same legislation which spawned the UK’s infamous Twitter Joke Trial. Using just 135 characters, 28-year-old Paul Chambers tweeted a joke that would go on to capture the country’s attention.

“Crap! Robin Hood airport is closed. You’ve got a week and a bit to get your shit together, otherwise I’m blowing the airport sky-high!!”

The “joke tweet” was initially deemed not credible by the airport staff that came across it, but police determined that it was enough to warrant an arrest, leading to a precedent-setting guilty verdict. In an essay for The Guardian, Chambers admitted that his frustrated tweet was “ill-advised,” but stated that the initial conviction caused him to believe that he lives

“In such a hyper-sensitive world that we cannot engage in hyperbole…without having civil liberties trampled on by, at best, heavy-handed police.”

The case was eventually quashed on appeal (two years and several thousand pounds after the entire ordeal began) and the legislation in question was amended to include interim guidelines on how social media can and should be prosecuted. Under these guidelines, criminal prosecution was made limited to credible threats of violence, harassment, or stalking. Chambers’ threat was deemed not credible, given the audience.

In more recent years, the legislation has been used to arrest Twitter users responsible for making racist or anti-Muslim comments. Among the scores of those recently arrested for inflammatory posts was a Scottish resident who had been using Facebook as a platform to espouse his disdain for Syrian refugees.

Meeting the problem at its source, some British police departments have taken to social media platforms to remind citizens to “think before” posting offensive material.

Think before you post or you may receive a visit from us this weekend. Use the internet safely. #thinkbeforeyoupost pic.twitter.com/xNiDMf3jPA

While citizens of the United Kingdom have largely unimpinged-upon internet access, the most recent Freedom on the Net report states that there is a higher degree of content limitations there than in the U.S. Online harassment remains a problem throughout the world, and the UK is no exception. A recent study found that the words ‘slut’ and ‘whore’ were used by UK Twitter users 10,000 times in merely three weeks.

But if you want to avoid a brush with the British law, there’s one golden rule. If in doubt, don’t tweet it out.

This Information was found at http://www.vocativ.com/325190/arrests-for-social-media-posts-surge-in-london/