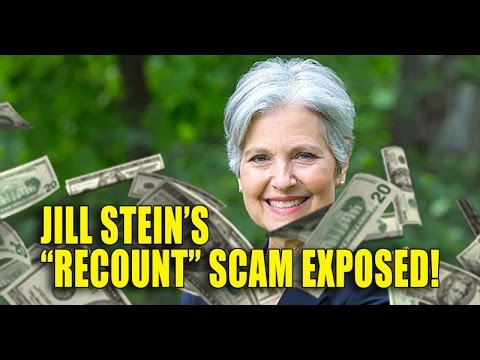 In this video Luke Rudkowski interviews Christina Tobin, Founder and Chair at The Free and Equal Elections Foundation and former close friend of Jill Stein. In this video we go over just some of the latest breaking news that our investigative journalists found out of direct collusion with the DNC and this year’s election recount.

For more on Christina check out http://www.freeandequal.org

From our earlier story – Over 200 Green Party leaders have signed a statement opposing Jill Stein’s recount effort, including her own campaign’s senior advisor. The statement was also shared by her 2016 vice presidential candidate — human rights activist Ajamu Baraka.

The statement was written by several members of the party and posted to the website of Maryland’s Green Party Senate candidate Margaret Flowers. The letter to the public strongly condemns Stein’s decision and acknowledges that it has created confusion about the relationship between their party and the Democratic Party.

The statement says that “as a candidate, Dr. Stein has the right to call for a recount. However, we urge the GPUS to distance itself from any appearance of support for either Democrats or Republicans. We are well aware of the undemocratic actions taken during the primaries by the DNC and the Clinton campaign. Greens cannot be perceived to be allied with such a party.”

“The decision to pursue a recount was not made in a democratic or a strategic way, nor did it respect the established decision making processes and structures of the Green Party of the United States (GPUS). The recount has created confusion about the relationship between the Green and Democratic parties because the states chosen for the recount are only states in which Hillary Clinton lost,” the statement reads. “There were close races in other states such as New Hampshire and Minnesota where Clinton won, but which were not part of the recount.”