Venezuela to ration power four hours a day for 40 days 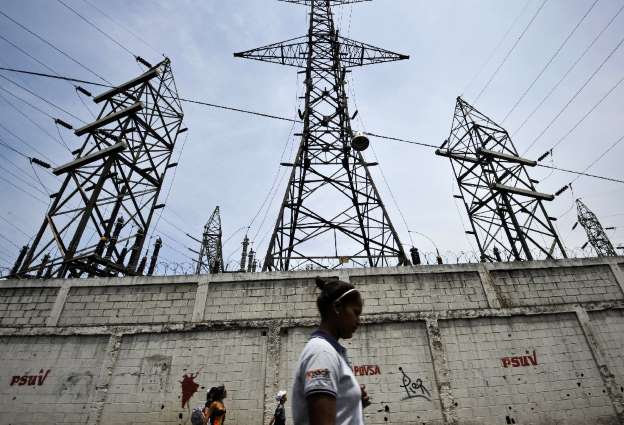 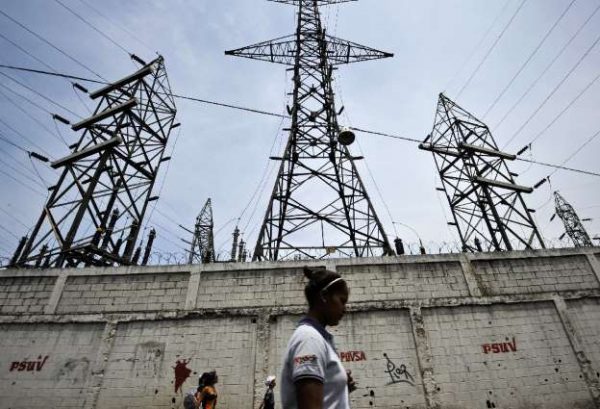 Recession-hit Venezuela will turn off the electricity supply in its 10 most populous states for four hours a day for 40 days to deal with a severe power shortage, the government said Thursday.

It is the latest drastic measure to alleviate a severe electricity crisis which President Nicolas Maduro and his government blame on a drought caused by the El Nino weather phenomenon.

Critics say it is the result of years of economic mismanagement.

“Each user will have a temporary suspension of four hours a day. The plan will last approximately 40 days” to ease pressure on the country’s largest hydroelectric dam, said Electricity Minister Luis Motta.

Maduro is under growing pressure from the center-right opposition, which vowed to oust him when it took control of the legislature in January after winning a landslide election victory, blaming him for the crippling economic crisis.

Venezuela’s economy has plunged along with the price of the oil which it relies on for foreign revenues. Shortages of medicines and goods such as toilet paper and cooking oil are widespread.

Maduro blames the collapse on an “economic war” by capitalists.

Last week, his government said it was shifting its time zone forward by 30 minutes to save power.

Other measures include giving government workers an extra day off each week for the next two months, and Maduro has urged Venezuelan women to stop using their hairdryers.

Motta had warned Wednesday that mandatory power cuts were imminent as he toured the Guri hydroelectric plant, where officials say the water level is approaching the critical limit.

The dam supplies 70 percent of the country’s electricity. Seventeen other hydroelectric dams are also near critical levels, and citizens regularly suffer blackouts and water rationing.

Venezuela has the world’s largest proven oil reserves, but the government has resisted using crude to generate electricity, calling it inefficient.

Maduro’s other measures to cut electricity use include reducing the workday to six hours for ministries and state companies and ordering them to lower their electricity consumption by 20 percent.

He has also ordered shops and hotels to ration electricity, obliging them to generate their own power for several hours a day.

Shopping centers have cut back their hours since that plan was introduced.

Analysts, however, warn the measures will further damage productivity.

He has vowed to hold on to power and press on with the socialist “revolution” launched by his late predecessor Hugo Chavez.

In another bit of bad economic news, the country’s largest brewery said it will stop producing beer because of a barley shortage.

Cerveceria Polar, maker of the country’s best-known brands of beer, said it will run out of the key ingredient on April 29 and is unable to get more because it can not access dollars to pay importers under Maduro’s tight currency controls.

The brewery is part of Venezuela’s largest corporation, Empresas Polar, whose chief executive, Lorenzo Mendoza, has repeatedly clashed with Maduro as the economy has veered into a deep recession.

Maduro accuses the billionaire businessman of sabotaging the economy by slowing production, which the leftist leader blames for crippling shortages of food and basic goods.

But Polar said Thursday the government’s policies left it no choice but to stop making beer.

“We have warned the country about the grave situation we are facing and we have exhausted all options to run debts with our international suppliers, all the while waiting for the government to address the debt problem.”

Venezuela’s cash-strapped government is unable to meet business demand for the dollars they need to buy goods and materials abroad.

The import-dependent economy contracted 5.7 percent last year, its second year of recession, and inflation came in at more than 180 percent.