Israel To Finally Face ICC Over War Crimes In Gaza 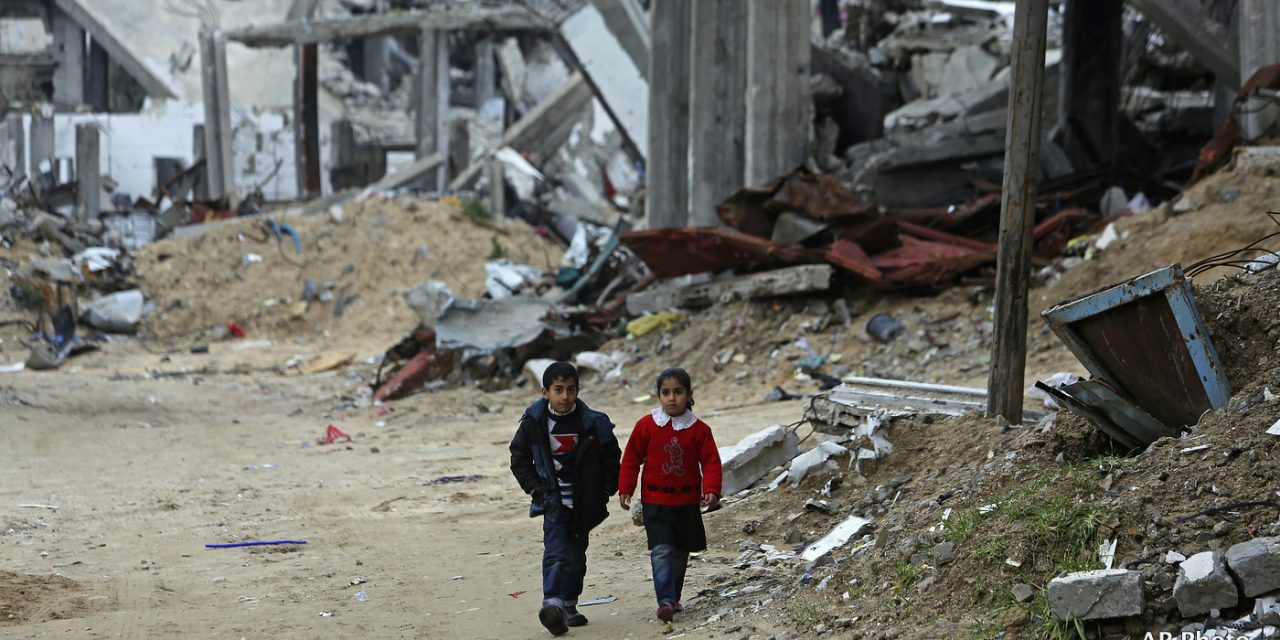 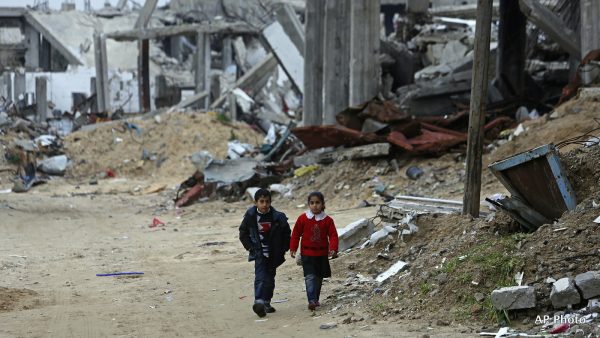 A Palestinian brother and sister walk in front of a building which was destroyed in last summer’s Israel-Hamas war, in the Shijaiyah neighborhood of Gaza City, northern Gaza Strip, Monday, Feb. 23, 2015. (AP Photo/Adel Hana)

Palestine plans to lodge its first complaint against Israel for alleged war crimes at the International Criminal Court (ICC) in just a couple of weeks.

Mohammad Shtayyeh, minister at the Palestinian Economic Council for Development and Reconstruction, told AFP, “One of the first important steps will be filing a complaint against Israel at the ICC on April 1 over the (2014) Gaza war and settlement activity.”

Palestine, a United Nations observer state, will officially join the ICC on April 1, having acceded to the Rome Statute, the ICC’s founding charter, on Jan. 2. The court now has jurisdiction over the West Bank, including East Jerusalem, and Gaza.

Palestine lodged a request for the ICC to investigate possible war crimes in its territory on Jan. 1, the day before it acceded to the Rome Statute.

The court has since opened a preliminary examination into the situation, which it said it would analyze in “full independence and impartiality.”

MintPress News reported last month that Israel responded to the court’s announcement by calling on the 122 member states of the ICC to stop funding the court.

The ICC “represents no one. It is a political body,” said Israel’s Foreign Minister Avigdor Lieberman. He also stated: “We will demand of our friends in Canada, in Australia and in Germany simply to stop funding it.”

France, Britain, Germany and Italy told Reuters that they would ignore Israel’s call.
Israel also stopped transferring tax revenue to the PLO in apparent retaliation for the PLO’s efforts to have the Mediterranean country investigated for war crimes. December’s taxes amounted up to $127 million, according to Haaretz, and could be used for the salaries of civil servants, including doctors and teachers.

“This is money that is Palestinian money and therefore the decision of the Israeli government and [Prime Minister Benjamin] Netanyahu to freeze it is against international law and it proves the justice of our request to the International Criminal Court,” said Saeb Erekat, a member of the PLO Executive Committee and the former chief Palestinian negotiator in the peace talks with Israel, in an interview with Haaretz.

“What Israel did is a war crime that joins the crimes it has committed against the Palestinian people,” Erakat continued.

Israel and the United States are signatories to the Rome Statute, which established the ICC in 1998, but they have never ratified it. The rule of international law would be adopted by a far greater swath of the planet if the U.S. and Israel acceded to the accord, and would likely prevent crimes, such as continued Israeli settlement expansion, that exacerbate an already volatile situation in the Middle East.

In last summer’s war, dubbed “Operation Protective Edge,” more than 2,300 people were killed and almost 500,000 displaced. An ICC investigation is poised to look into Israel’s crimes of aggression against Gaza, as well as crimes allegedly committed by Hamas, the political party that controls the Gaza Strip.

Israel To Finally Face ICC Over War Crimes In Gaza