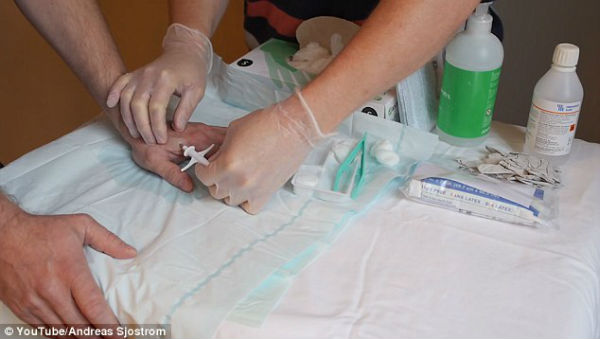 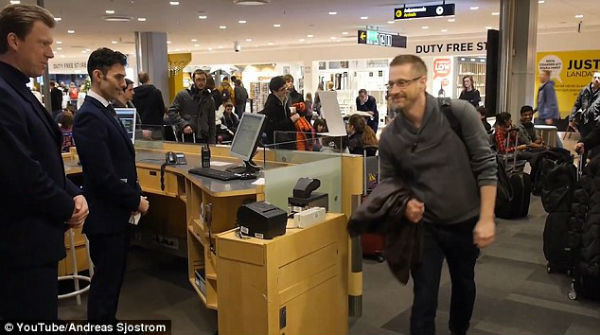 It’s here! The first ever person to pass through airport customs with an implant inserted into his body.According to the DailyMail: We could be passing through airport security and boarding planes with just a wave of the hand in the future if an experiment by one Swedish technology expert takes off.Andreas Sjöström implanted a microchip in his hand and uploaded his Scandinavian Airlines flight booking to it to board a plane out of Stockholm Arlanda Airport to Paris.He used the implant to check into an airport lounge and go through the security checks. It is believed to be the first time anyone has boarded a flight this way – with the flick of a wrist.The chips can be bought for as little as £50, and in this case could be inserted underneath the skin by syringe, as it was the size of a grain of rice. 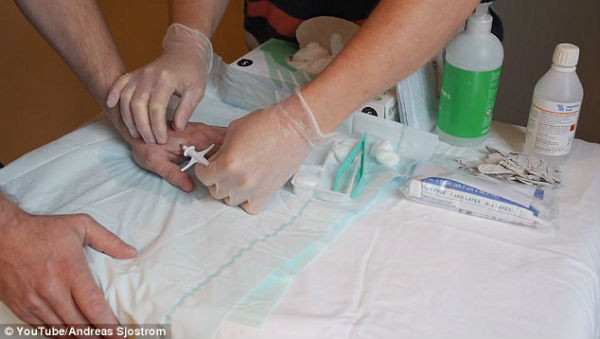