Vice and Cracked.com DEFEND Pedophilia As A ‘Mental Disorder’ 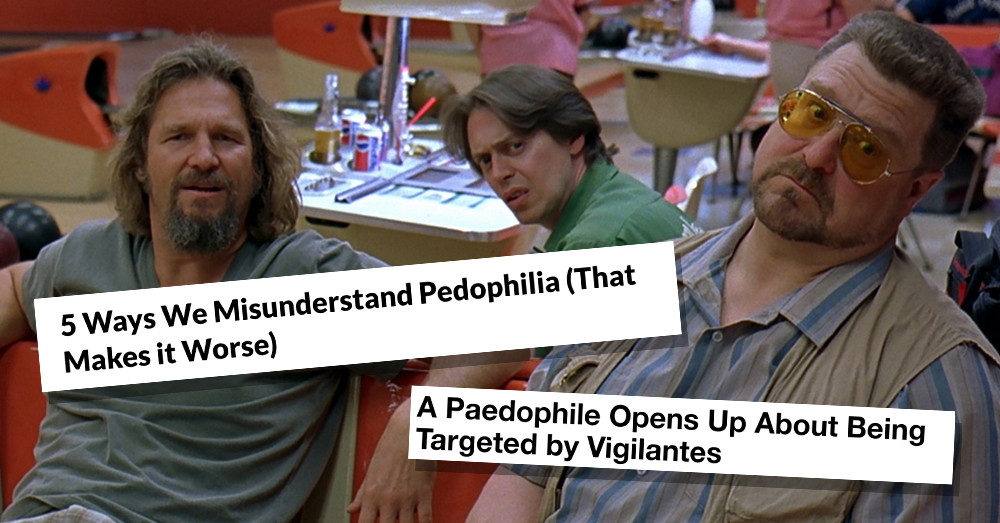 Both Vice and Cracked.com have recently released articles downplaying the severity of pedophilia, and claiming that pedophiles who do not physically harm children simply suffer from a “mental disorder.”

If you weren't sure the media is full of pedophiles…https://t.co/WD0AS3BR5X pic.twitter.com/9tnfbBL58l

What the article fails to acknowledge in that first sentence is that in many cases the pedophiles are “just looking” at children who are being abused. As the story noted, a writer for the site named Cezary Strusiewicz researched and found “a shitload of people dedicated to raping and victimizing children and also finding new ways to do it.”

“The difference between pedophilia and child molestation is a conversation that absolutely nobody wants to have. It’s depressing enough to contemplate people being sexually attracted to children without getting into which model of windowless van they prefer. But they say knowledge is power, so let’s power up.
A pedophile is someone attracted to prepubescent children, while a child molester is someone who sexually abuses them. Although not every pedophile will molest a child, most of them look at child pornography, which obviously hurts the children forced to participate in it. Unfortunately, demand is high. To understand this problem better, we reached out to one of the consumers. We spoke to “Charlie,” who’s been arrested twice for possession of child pornography. He’s not looking for sympathy, or trying to play the victim.”

Strusiewicz then claimed that “pedophilia is most likely hardwired in the brain.” In a section of the story titled, “The Sex Offender Registry Is Bizarre and Somewhat Arbitrary,“ he writes:

“Charlie had no hand in making child pornography. He didn’t personally know the kids in the stuff he watched. He got it randomly off the web. This, however, complicated things when the state was determining his sex offender level. It was decided by a number of points. You would get X amount of points, depending on the age of the victim. The lower it was, the more points you got. And the more points you got, the more trouble you were in.”

Other articles from Cracked.com that make me want to smash my monitor include “5 Ways We Misunderstand Pedophilia (That Makes it Worse)” and “5 Things I Learned Infiltrating Deep Web Child Molesters.”

The of the story, “5 Things I Learned Infiltrating Deep Web Child Molesters” had a little more common sense, that is until I read the following. Then I lost it and almost went full Hillary Clinton on my monitor:

“You have to learn to disassociate your thinking of pedophilia with hurting or abusing children. You have been brought up to, not talk to strangers etc when you was a child because your parents who think pedos hurt children passed that idea on to you & now your mind is confused …
The truth is, some people do hurt children but the majority of pedophiles (paedophile is latin for child lover — paed=child & phile=love) love children and would not hurt them or harm them in any way.”

I thought the stupidity was over, but found that I was wrong. This author also tried to justify pedophilia by writing, “some lovely soul tweeted to us an earnest defense of child molestation with these two key points of indestructible logic – children have sex with each other and Pedophilia means child friend.”
I then literally had to take a step away from my computer before it became like one of the State Department’s Blackberries.

“We’ve actually encountered this ourselves, by the way. After we did the aforementioned article with the pedophiles who were trying to undergo treatment to stop, some lovely soul tweeted to us an earnest defense of child molestation based around two key points of indestructible logic:
A) Children have sex with each other!

The next part of the article is very sick and exposes why pedophilia can never be normalized. Author Robert Evans wrote that he encountered someone called “SarahTheCunt” who admitted that she molests her kids with her husband. “SarahTheCunt” and her husband began violating their daughter when she was just a newborn:

This is another way of saying they rape their children and convince them that they’re enjoying it. “She makes her own videos of that,” says Pam, “and she’s one of the (according to her) biggest child pornographers in her area. I don’t know where that area is because they are very tight-lipped about where they’re located.”

At that point, I could not continue reading. I started having flashbacks of being a vigilante online pedophile hunter who helped run the @ReportAPedo Twitter account and various Anonymous OpDarknet ops, and it brought back all of the horrific images I saw several years ago.
Now, let’s look at the story from Vice, titled “A Pedophile Opens Up About Being Targeted By Vigilantes.”
The pedophile is identified as Todd Nickerson. He opened up to the Vice reporter and said, “I kind of had to get over a lot of society’s BS, this idea that you’re doomed to offend. I had to say, ‘No, no. You’re not, you have control over that.’ We’re not slaves to our hormones.”
The Vice reporter then the had the audacity to say that not all child molesters are pedophiles:

Vice then talked to a so-called expert on pedophilia, James Cantor. He said he has been studying pedophilia for years, and yet this what he has to say about it now:

“There are people who are pedophilic, they know they’re attracted to children, and never touch a child, never download any kind of child pornography, they never break any kind of law,” says James Cantor, a Toronto-based clinical psychologist and sexual behavior scientist who has been studying pedophilia for 20 years.
It also works the other way around. There are people who are child molesters, they actually committed crimes and victimized someone even though they sexually prefer adults.” These people are sometimes referred to as surrogate sex offenders, Cantor explains, who use children to replace an adult sexual partner.”

But wait, there’s more! Cantor also said, “Based on the tactics used by vigilantes, the majority of the people vigilantes bust are hebephiles or ephebophiles.”
Vice then makes one of the dumbest claims I have ever read:

“Research shows pedophiles are more likely to be left-handed.” It doesn’t even include a citation for this alleged “research.”

Next, Nickerson said that the only time he faced temptation was when he was 18 years old, and was babysitting a 5-year-old girl. What a sick f*ck.

“She would take her clothes off and run through the house. That girl was the only time in my life that I faced real temptation.”

I think that says it all.