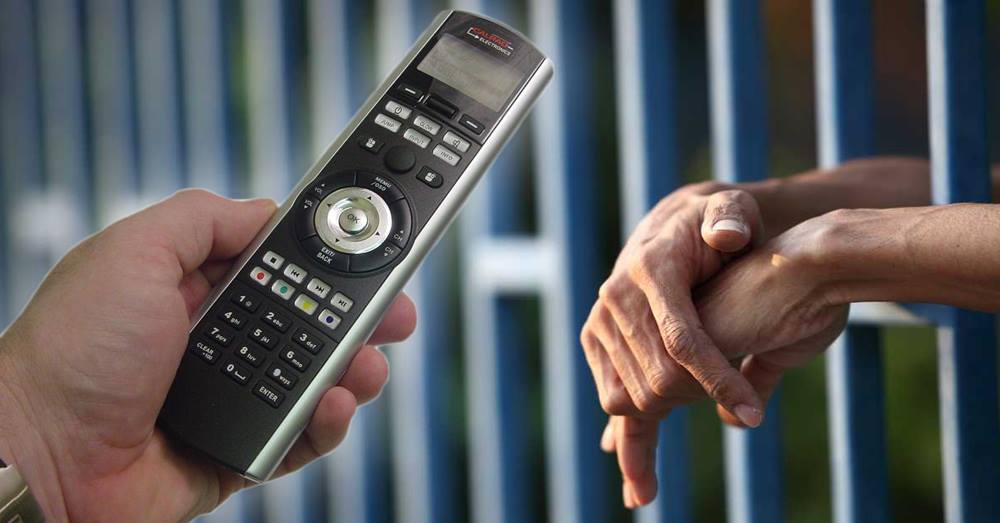 After a Chicago man was arrested and charged for stealing a universal television remote control from a suburban apartment complex in August 2015, he is now facing an astronomical 22 years in prison for his theft.

Eric Bramwell, 35, was found guilty of burglary, and due to his criminal history, he was eligible for up to 30 years in prison. All for stealing a TV remote with his prior offenses added into the equation.

This cruel and unusual sentencing exposes a major flaw in the legal system. Mandatory minimum sentencing and three strikes law should never add up to 30 years in prison for stealing a television remote control.

“On Aug. 1, 2015, Bramwell walked into the common area of the apartment complex at 121 Cross St. in Wheaton, prosecutors said. He took the remote control unit, but dropped a glove which was found by police officers. The glove was tested for DNA and a match was made to Bramwell,” NBC Chicago reported.

Bramwell was arrested October 2, 2015 and has been in the DuPage County Jail ever since without bail.

During the court hearing, prosecutors provided evidence to the jury to show that beginning in 2014, Bramwell had committed similar burglaries at other apartment complexes, including taking televisions off the wall.

The statement below by state’s attorney Robert Berlin says an awful lot about the legal system and the mercilessness of many prosecutors.

“Regardless of what was stolen, Mr. Bramwell repeatably thumbed his nose at the law,” Berlin said.

If there is anything that would-be criminals out there should take from this – don’t do a crime if you aren’t prepared to serve massive amounts of time.

“Mr. Bramwell’s illegal activity and his history have finally caught up with him,” state’s attorney Robert Berlin said in a statement. “Regardless of what was stolen, Mr. Bramwell repeatedly thumbed his nose at the law. He took what he wanted time and time again, and expected to avoid the consequences,” Berlin told NBCChicago.

Instead of making money off of private prisons and using tough sentences as an easy campaign promise, lawmakers should seek only justice in sentencing.