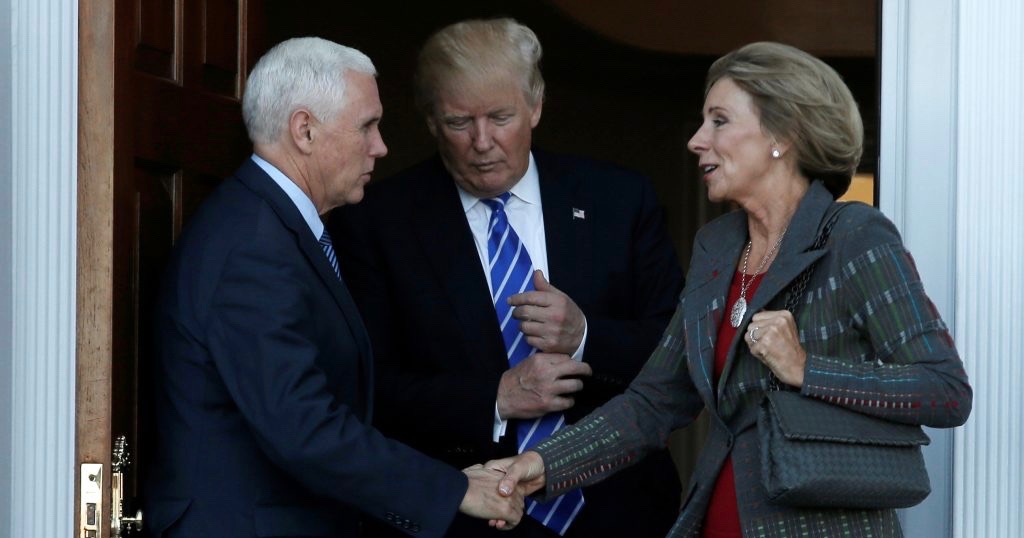 The confirmation of Betsy DeVos made history on Tuesday, after Vice President Mike Pence stepped in to break a Senate tie, in order to approve DeVos as the next education secretary.

In response to her successful confirmation, DeVos took to Twitter to write, “I appreciate the Senate’s diligence & am honored to serve as @USEdGov Secretary. Let’s improve options & outcomes for all US students.”

I appreciate the Senate's diligence & am honored to serve as @usedgov Secretary. Let's improve options & outcomes for all US students.

The New York Times described DeVos as “a wealthy donor from Michigan who has devoted much of her life to expanding educational choice through charter schools and vouchers, but has limited experience with the public school system.”

Journalist Glenn Greenwald claimed that DeVos’s confirmation is the perfect example of a purchased government position. “Her family gave large sums of money to almost every GOP Senator voting for her,” He wrote. “Her ignorance of basic issues in the confirmation hearings was stunning.”

DeVos has faced criticism from both Democrats and Republicans for her support of school choice and tuition vouchers.

As previously reported, Democratic lawmakers expected the vote to come down to a tie, and they rallied together on Monday in an attempt to protest DeVos.

What do you think about Betsy DeVos becoming the next Education Secretary? Let us know in the comments!