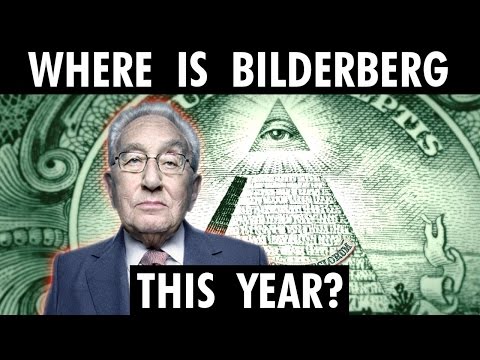 Luke shares this years location of the annual private meeting of the Bilderberg Group, which takes place in a different country every year.  An annual event of 150 that includes elite politicians, heads of state, bankers, media moguls, academics, and CEO’s of major companies.

Will Hutton, the British economist and a former Bilderberg delegate, likened it to the annual WEF gathering where “the consensus established is the backdrop against which policy is made worldwide”.  Rarely does this meeting make the mainstream media and very little is ever revealed of what actually goes on behind these closed doors.

According to the Fairfax Police Department in Virginia, the meeting is taking place at the Westfields Marriott, June 1-4th- the same location where meetings occurred in 2002, 2008 and 2012.

Famous politicians such as Bill Clinton and Tony Blair both attended Bilderberg shortly before becoming heads of state.   Emmanuel Macron a former Rothschild investment banker who was elected just a few weeks ago and is now the youngest President in the history of France also attended the 2014 Bilderberg meeting.  He was relatively unheard of before 2015.

The Bilderberg group began in 1954, and is named after the location of its inaugural meeting.  They state on their website that “Thanks to the private nature of the meeting, the participants are not bound by the conventions of their office or by pre-agreed positions. As such, they can take time to listen, reflect and gather insights. There is no detailed agenda, no resolutions are proposed, no votes are taken, and no policy statements are issued.”

Last years agenda which is published on their site apparently included the following topics.

Luke has been reporting on the conference for over ten years.  It’s amazing how a group of elites can get together every year and receive absolutely no attention from the mainstream media, when any other group of this status would likely be heavily scrutinized in a world with an actual free press.  However the mainstream media no longer investigates much, they only go where and when they are told and report word for word on whatever press releases are issued by governments.

We do know that there are individuals that attend these meetings by video conference and there is rarely official lists of attendees.  Attendees arrive in blacked out limousines and SUV’s.  This years location is quite private as the hotel itself is nestled in a secure area surrounded by forest.

Staff are required to sign non-disclosure agreements and can not talk about anything they see or hear and are instructed to not make eye contact with guests.  Security at these meetings is extremely high and usually involves a lot of elite police, helicopters and private security.

Recent attendees include individuals from many European countries, Canada, Turkey and Japan, noticeably absent is Russia, Venezuela, India, and China.

In 2015 Luke, Dan Dicks of Press for Truth and Jeff Berwick of the Dollar Vigilante were able to stay a couple of nights just prior to the beginning of meeting at the Interalpen-Hotel Tyrol in Austria.  It’s likely that staff was confused and figured they were part of the White House Press core which was staying at the hotel.

They watched the security apparatus secure the hotel prior to the guests arriving.  The entire hotel was in lockdown and empty.  Eventually it was discovered who they were, they were briefly interrogated and then they were asked to leave by the hotel’s head of security. They were also the only journalists to ever see the inside of the conference room where the meeting was held.

In 2016 Luke and Dan were able to get some footage of the hotel being setup for the Bilderberg conference, which took place in Dresden, Germany.  However a massive police presence did the best they could to prevent and harass the alternative media from doing their jobs.  The security actively worked to prevent documenting and photographing of guests.  There were copyright accusations and threats made against reporters.

These people like cockroaches do not want a lot of attention, they prefer to work in the shadows. Luke has confronted many of these elites over the years, so check out our Bilderberg playlist on our YouTube Channel.  Please support WeAreChange so that we can get the word out and continue to expose them.

Since we are not presstitutes, help us out & donate : )

We Are Change
Patreon