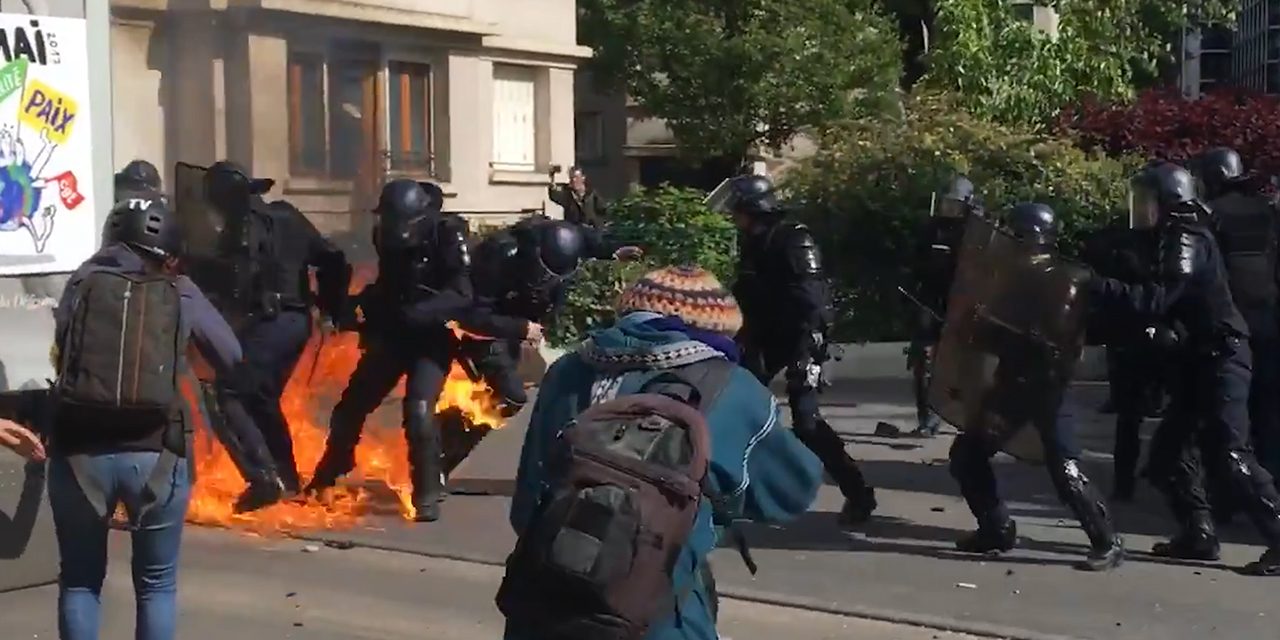 Live, raw, and unfiltered Luke captures an insane moment at one of the May Day riots in France.

With the upcoming presidential election, many people are disenfranchised by both political parties and are showing it with their demonstrations of violence.

In this video,  we see protesters throwing Molotov cocktails at the riot cops. A few of them were lit on fire and ran away from it, where they got help from other cops to extinguish the fires.

Meanwhile, the fires burning in the hearts of humans who are angry with the injustices and murder that are continually perpetrated by the government burn on. 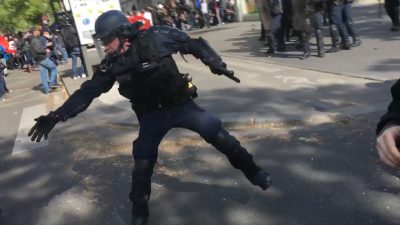 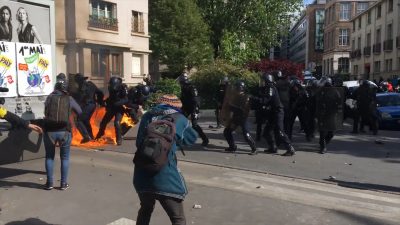 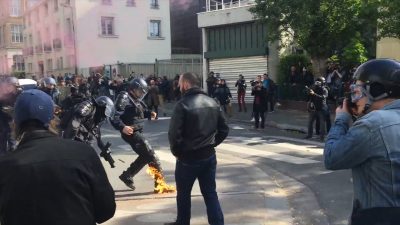 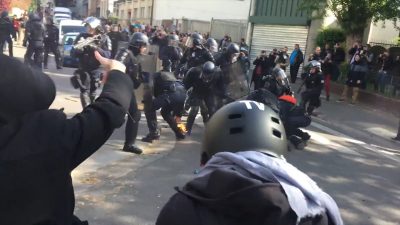