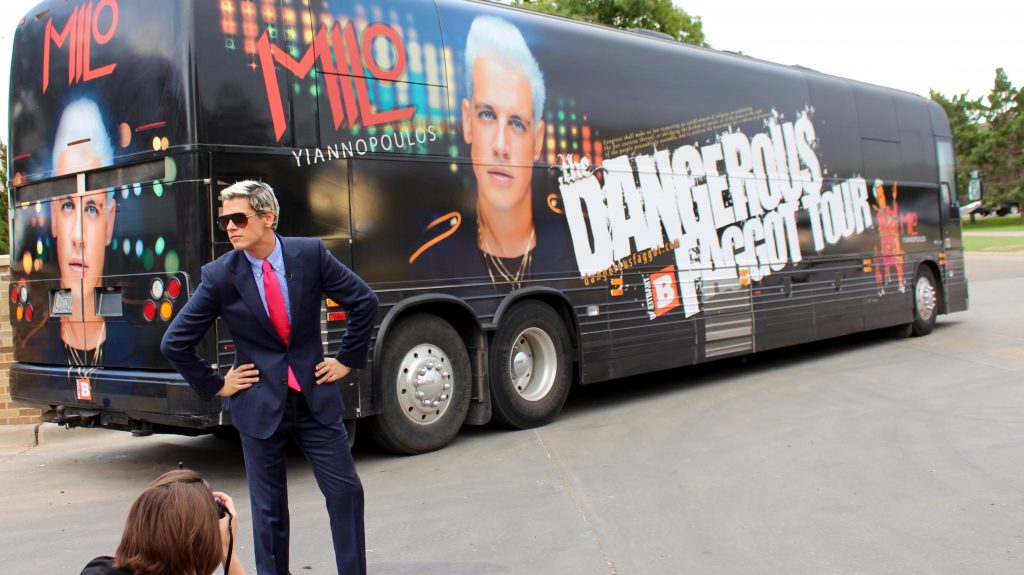 “I don’t want to get blown up! I don’t want them to say it was some unfortunate bus accident. I try to stay away from the subject of Hillary, but go on,” Breitbart Editor and social media phenomenon Milo Yiannopoulos said when asked about the current state of affairs with Hillary Clinton.

Yiannopoulos said that when it comes to rumors about Clinton’s health, her campaign has done more harm by trying to hide it.

“We were told it was a crazy conspiracy theory, but was it ever a crazy conspiracy theory? It was just a bunch of people on the internet noticing that something was not quite right, and now finally everybody is like, ‘Well, we can’t quite ignore it now, can we? This is news, right? Look, it may be nothing, but so long as they lie about it, people are going to think it’s worse than it it. Unless it is really bad, who knows right?”

[WATCH: Milo Yiannopoulos Responds To Being Permanently Banned From Twitter]

Yiannopoulos noted that because of the Clinton campaign’s silence, there could now be a “snowball effect,” whereas if she had addressed her  health-related problems up front, her campaign could have played it down. Yiannopoulos also questioned how Clinton’s health will affect her debate performance.

“Just imagine, Trump is like a steamroller, you know? He’s just on it all the time, and whatever you think of him and his crazy answers to questions and all that—even those of us who love him and praise him as a god emperor sometimes are like ‘Did you have to do that?’ You know, nobody is perfect—he’s about as close as it gets… no, I’m kidding—he’s a steamroller. She’s going to get up there—she looks frail, she can’t speak properly, she has to drink this thickened water, apparently. How is she going to do in the debates?  I don’t think anyone knows.”

However, when asked about whether health problems will cause Clinton to drop out, Yiannopoulos said, “A Clinton, really? No, of course not. She’s going to be in it until the bitter end.”

“Do you remember the ‘Vast Right-Wing Conspiracy?’ Hillary Clinton coined that phrase… to explain away her family’s misdeeds, their wrong-doings, and it remarkable to see the same [strategy now]. She did it in a speech about the Alt-Right, you know this vast right-wing conspiracy, where she effectively called half the country… bigots, racists and anti-semites. I mean, that’s the real conspiracy.”