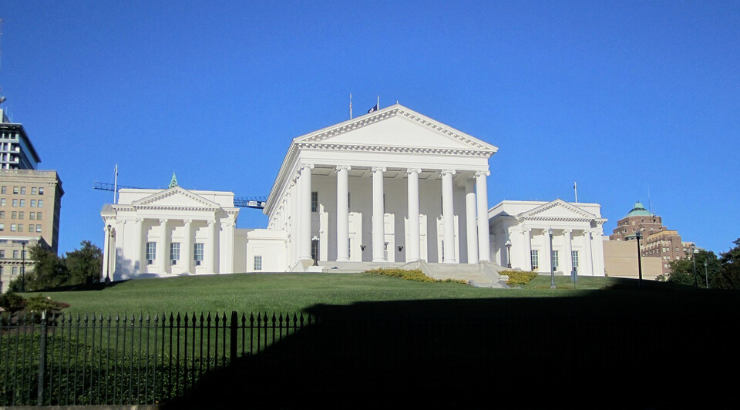 A state of emergency has been declared by the Governor of Virginia ahead of an upcoming gun rights rally that is planned to take place in Richmond later this week. Governor Ralph Northam cited “credible intelligence” that there were threats of violence in relation to the rally.

The state of emergency status will temporarily ban individuals from carrying firearms on Capitol grounds. During a press conference on Wednesday, Northam said that the move was in response to concerns that “armed militia groups plan to storm the Capitol” during the January 20 rally. The governor also said that authorities had tips about “extremist rhetoric” being used in reference to the march. He drew comparisons to the 2017 “Unite the Right” rally in Charlottesville.

“We will not allow that mayhem and violence to happen here… No weapons will be allowed on Capitol grounds. Everything from sticks and bats, to chains and projectiles…. The list also includes firearms. It makes no sense to ban every other weapon but allow firearms when intelligence shows that armed militia groups plan to storm the Capitol.“

However, it is important to note that these are entirely different situations. The 2017 rally in Charlottesville that ultimately left one woman dead was a demonstration organized by white supremacists, and while many of them did happen to be armed at the protest firearms were not the focus of their marches. Furthermore, this upcoming rally is focusing specifically on firearms and does not appear to have any racist overtones.

Still, things could get ugly at the January 20 rally considering that many of the participants who have already received news of the ban have said that they will still be bringing their weapons.

Richmond Mayor Levar Stoney has threatened that “Violations of the law will not be tolerated.” A heavy police presence is expected on the day of the event.

Journalist and videographer Ford Fischer, who frequently covers protests including those that are armed, is drawing attention to the fact that Northam classified helmets as “weapons” in the recently released emergency order. For Fischer and other independent journalists who put themselves on the line to document events such as this safety is a major concern. Disallowing helmets means they may be at risk or will be unable to cover the event altogether.

Governor Northam has classified helmets as "weapons" in his emergency order banning weapons at Monday's event.

I don't ordinarily comment my own opinion on matters I intend to cover, but this will directly damage my ability as press to cover this event safely. pic.twitter.com/xBEwEwkoTp

Governor Northam says that he believes the rally was planned with a peaceful intent but that it has grown into something that can’t be controlled.

“I believe them when they say this is a peaceful event, that’s what democracy is. Unfortunately, they have unleashed something much larger, something they may not be able to control,” Northam said.

The January 20 protest was planned by the gun-rights group Virginia Citizens Defense League and was organized in response to new gun control measures that have been introduced in the state, as previously reported by the Mind Unleashed.

There is no telling how many people will show up for the protest. The event organizers say that as many as 100,000 people could show up but only about 5,000 have clicked to RSVP on Facebook.

Much of the online rhetoric that has authorities concerned involve references to the term “boogaloo”—a term that has been used online to describe a potential coming civil war.