VIDEO: What The VP Debate Revealed About The 2016 Election 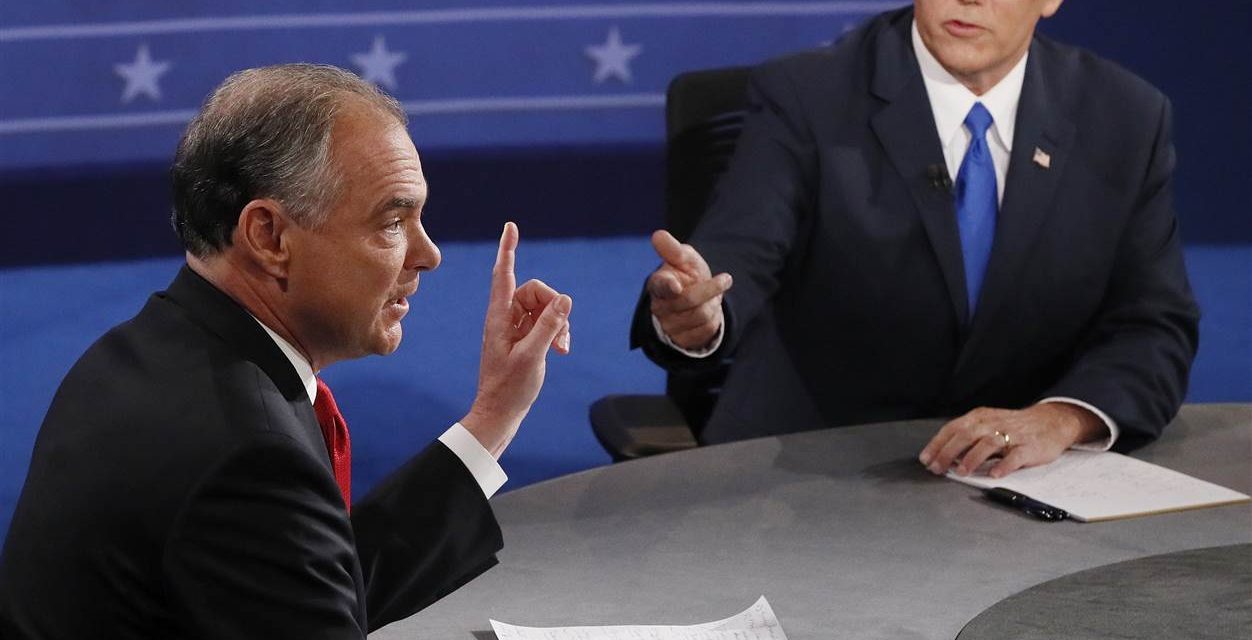 The first and only Vice Presidential debate was this week, and it raised the question: Do these candidates know who their running mates are?

Tim Kaine, your debate style was the spitting image of Donald Trump’s, even though you’re not his running mate. You interrupted your opponent 60 times during a 90-minute debate. Do you realize that your likability factor goes down 10 points every time your interruption isn’t even remotely clever?

[WATCH: What Trump and Clinton REFUSE To Say About Taxes]

On a question related to the suffering of Syrian children in Aleppo, you treated it as an opportunity to bring up Trump’s taxes. When Mike Pence called out the Clinton Foundation for accepting donations from foreign governments, your actual response was “You are Donald Trump’s apprentice.”

You spent the evening reciting an obnoxious number of equally obviously oxious Trump quotes, to the point where I was wondering if your talking points consisted of a mixture of Trump’s Twitter feed and CNN’s 2016 headlines.

The thing is, while you were so busy talking about all of the things Trump has SAID, you were ignoring the things Clinton has actually DONE. When you did talk about her, you sounded like some fangirl who was about to meet Clinton for the first time.

[WATCH: What Americans Need To Realize About The 2016 Election]

Mike Pence, your calm and collected debate performance made Republicans sigh with relief, because you were everything that your running mate Donald Trump was not.

But that’s part of the problem… 2016 is the year of the outsider candidate for the GOP (It would have been for the Democrats too, but the DNC took care of that). The people wanted something different, and they got just that by nominating Donald Trump. Then along came the first debate, and Trump’s sloppy rhetoric and lack of facts reminded Republicans that he is no career politician.

But then there’s You, Mike Pence… you are the perfect picture of the Republican Establishment, and your fear-mongering comments about Russia would make any neocon beam with pride. You are exactly what voters didn’t want when they voted for Trump in the Primary, and your presence is reminding us that the Republican Party still has plenty of control over The Donald.

The Vice Presidential debate revealed that Hillary Clinton has a running mate who acts a lot like Trump, and that Trump has a running mate who doesn’t agree with him on foreign policy. But it’s about more than just that… Kaine reminded us that this election has been derailed by a never-ending barrage of personal insults, and Pence reminded us that even if Trump says he likes Putin now, he is ultimately outnumbered by neocons in both the Republican and Democratic parties who are hungry for more endless war.