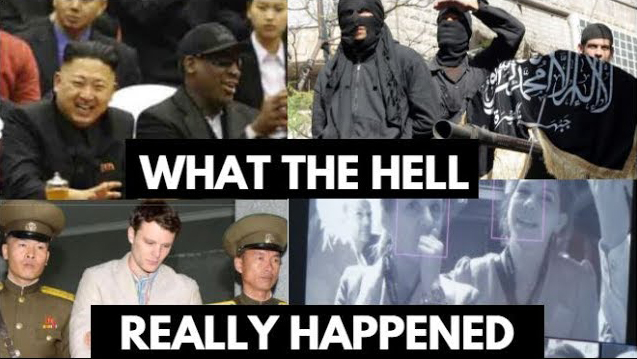 Here’s some recent news the MSM decided is too real to report on.

First up- Attorney General Jeffrey Sessions is under tons of scrutiny by the liberal media for his supposed meeting with a Russian Envoy. Sessions now faces a pointless hearing for doing what politicians are supposed to do.. talk with each other.

The MSM are all overlooking an actual scandal with Sessions now asking congress for the power to prosecute medical marijuana providers. 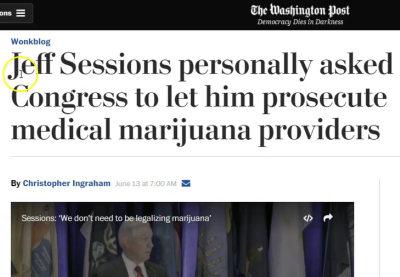 And speaking of Russia, they actually did something bad yesterday over one thousand people were arrested for protesting during an anti-corruption rally.

The Russian opposition leader who arranged the protest was just jailed for thirty days for having a “un-sanctioned rally”. 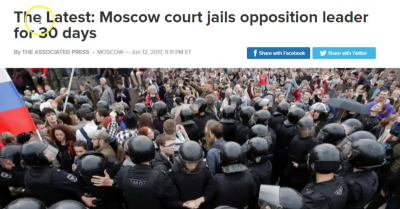 This could backfire for Russia- giving protesters more reason to oppose it. 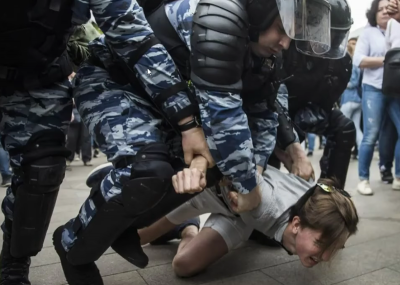 In other violation of human rights news, the annual Global Peace Index was released and surprise-surprise.. nine out of ten of the worlds least peaceful nations were all targets of direct US intervention. This includes Ukraine, Sudan, Libya, Somalia, Yemen, South Sudan, Iraq, Afghanistan and Syria.  Also, terror-ibly, the United States ranks 114th on the worldwide peace index. 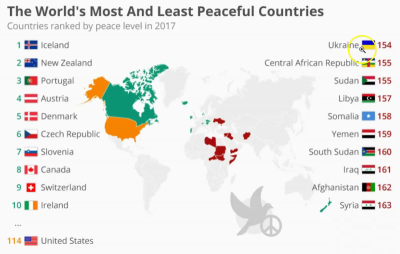 Now in related disastrous U.S.-intervention-creating-fear-and-chaos all around the world news, we have ISIS who just called for attacks on the West, Russia, Middle East and Asia during Ramadan. 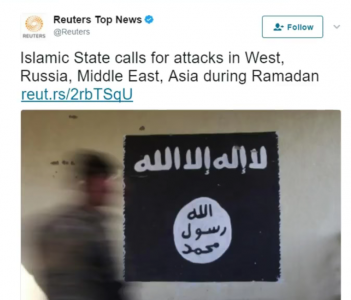 Interestingly enough the same time that is happening there is new video of the US allowing ISIS fighters to escape safely from Raqqa in Syria. 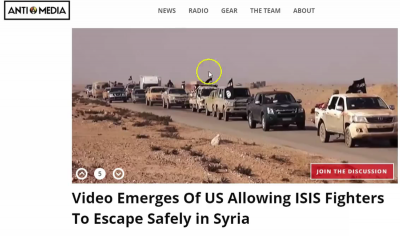 Many don’t realize the United States has continued under Donald Trump to use ISIS as a pawn for their foreign policy. The U.S. is currently using drones, and air strikes around the city of Raqqa which ISIS is fleeing. They are allowing ISIS to move towards another city controlled by the Syrian government which they’ll directly fight against ( as well as possible Iranian and Russian forces in Syria. ) 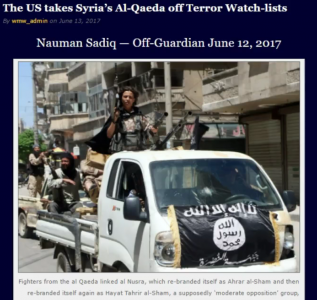 Canada and the United States have now taken a Syrian terrorist group affiliated with Al Qaeda off of their terror watchlists. 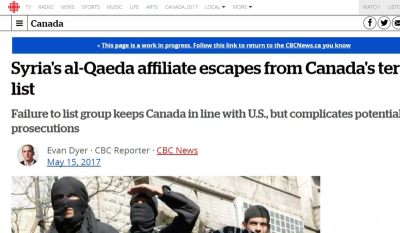 Why would they do this you ask? It’s not hard to see.. check out some of WRC’s other videos

Today a commander of the Iranian Armed Forces a Major General Izadi announced that they are in possession of evidence and documents proving Washington’s direct support for the ISIL terrorist group. 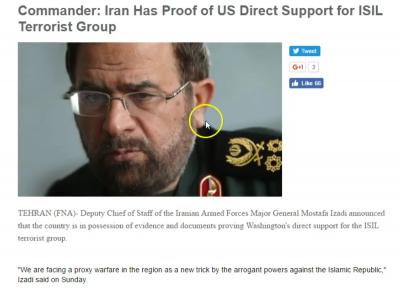 Senior Iranian officials are accusing the US of supporting the Islamic State and effectively forming an alliance with it. “We are facing a proxy war in the region as a new trick by the arrogant powers against the Islamic Republic” Izadi said on Sunday. Russia previously said similar things about the United States.

Even without proof we have a legitimate question asked by Ron Paul, “Why are we attacking the Syrians who are fighting ISIS?” Why is Donald Trump aligning himself with radical Islamic terrorists and why isn’t this as big a controversy as Russia is with the Trump Administration? 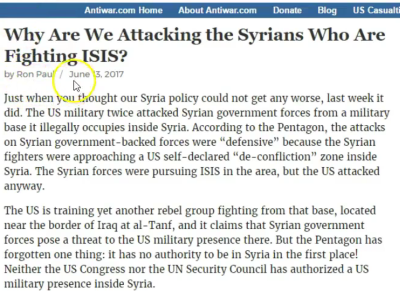 Well we are actually getting emails that expose how Saudi Arabia and the United Arab Emirates work with the U.S. media to push for war. 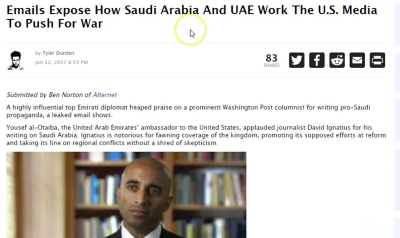 As we know Saudi Arabia, Israel and the United States have been on the side of radical Islamic terrorists and ISIS from the very beginning and continue to do so. That’s one of the many reasons why you don’t hear the truth from the mainstream media about what is really happening geopolitically.

Now whistle blowers have come forward risking life and liberty to leak documents to show exactly what is happening with the American war machine. 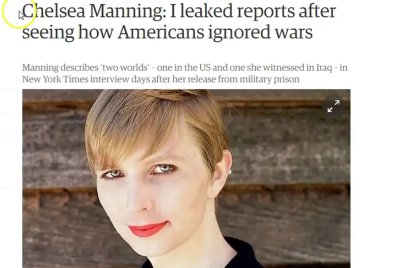 Sadly while many people are busy arguing and throwing piss at each other over over hurtful words, the wars are still being ignored. Truly horrible policies of the Trump administration are being carried out while people remain distracted, and at the same time governments & corporations are working together to get rid of any forms of privacy you have left. They are afraid of the masses will become conscious of the real problems in this State we’re in. They’re constantly upgrading complete control grid system against you.

Yesterday the first ever arrests were made with cameras linked to facial recognition databases.

UK authorities are being silent about the details, but the fact that it is happening now is a clear warning sign that it could be used against peaceful activists, who might threaten the power and ‘authority’ of the state.

In the US, police departments are routinely cracking and extracting all phone data from people they arrest.

After a recent FOIA request, we’re finding that police are reading all the correspondence between the person arrested, and their doctors, lawyers, kids and spouses. They can see a list of all the places the person has visited, and be able to look at everything from bank balances to spending history. Police do this nationwide in the US, after supposedly obtaining “consent” from those arrested. Of course they could do this under false pretenses, for everything from not paying your taxes, to smoking a joint in a state where it is illegal.

We know the federal government and alphabet agencies already have control of almost all the information on all of the citizens. Now that local police agencies are getting this data there should be a massive outcry about it- it’s an abuse of civil liberties, and an invasion of privacy! But for some reason we are still talking about Russia. 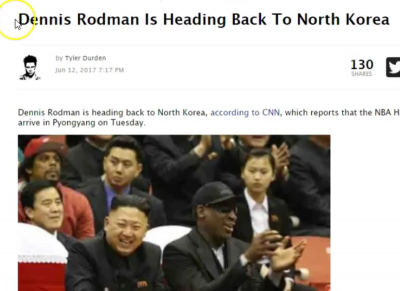 Dennis Rodman arrived in North Korea today, and Kim Jong-Un decided to release a US student who was recently convicted and sentenced to 15 years for trying to steal a poster. 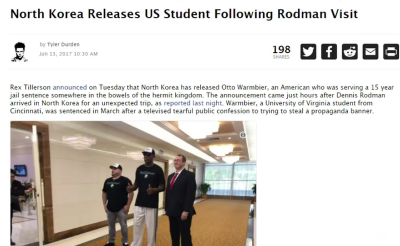 This shows that they are open to diplomacy, which eases tension with the rest of the world. Two months ago I made a video saying that through diplomacy with NK, Michael Jordan could save the world! The Jong-Uns are superfans of his.

This could be the rational way to remedy problems, instead of conducting war drills playing out a scenario, that could lead to bombing the crap out of hundreds of thousands of innocent people.

In other sports related news there is a group of Senators that want to stop the use of municipal funds to finance stadiums. 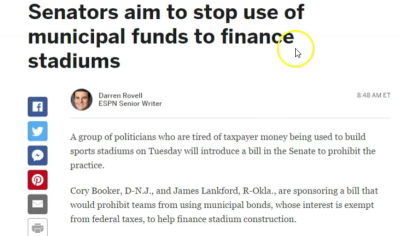 Why the hell should tax dollars be used to pay for the “Verizon Wireless Center” and all the other corporate conglomerate sports centers all around the United States.  Oh right, sports are used to placate the masses, so we don’t revolt against the people screwing us over from the top!  Psychologically sports are used as bread and circuses to get the masses minds off of the real issues.  One of the recurring circus acts is the holding of military tributes at the games.  The pentagon pays up to $6.8 million to professional sports teams to hold the tributes. 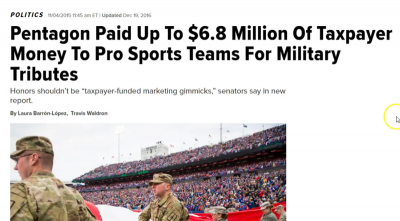 Thanks so much to all who donate and support us!
Worldwide uncensored coverage you can’t get from the MSM empowers humanity.