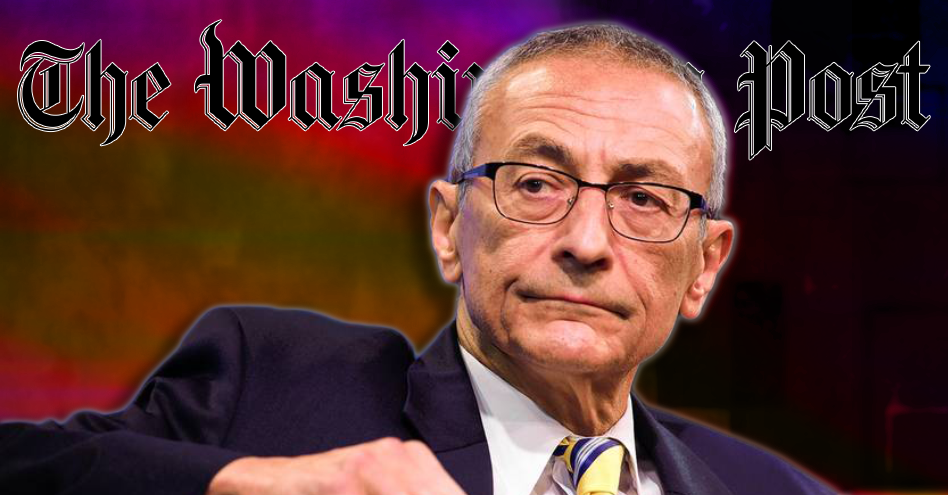 In a moment exposing their utter pure bias the mainstream media, Washington Post has given John Podesta a column while the Huffington Post has banned a writer who agreed with Trump about Swedish immigration.

When a @HuffingtonPost contributor tells the truth about Trump: Now you see it, now you don't! pic.twitter.com/VUZiKEvb0E

” It’s well known for Scandinavians and other Europeans that liberal immigration comes with drugs, rapes, gang wars, robbery and violence. Additional to that we see the respective nations cultures fading away, for good and for bad,” Zografos wrote.

Hours after publication, the article was gone – and Zografos’ access to the Huffington Post was revoked his full article was published on Zerohedge.

Sweden has huge problems because of liberal immigration policy

Many journalists around the world are eager to condemn Donald Trump no matter what. When he tweeted about immigration in Sweden few days ago, the social media exploded. Most of the opponent said that Trump had made up the immigration problem Sweden are having. They are wrong.

Only hours later there was a riot of violence and destructions by immigrants in the capitol of Sweden, Stockholm. The police was forced to shoot with ammunition to put and end to it. In Malmö, another city south in Sweden they have struggle with gang violence and lawlessness for years. So when Trump talk about that Sweden have an immigration problem he is actually spot on.

It’s well known for Scandinavians and other Europeans that liberal immigration comes with drugs, rapes, gang wars, robbery and violence. Additional to that we see the respective nations cultures fading away, for good and for bad.

But the immigration problem is not only a Swedish predicament. The truth is, that several European cities have huge immigration problems where even the police force is afraid to interfere in some locations in these cities. UK, France and several other European countries are changing rapidly with extreme quantity of immigration. I’m not saying immigration is only bad, but a lot of problems come with poor immigration policy, as consequences we get violence, terror and gangs. The fact is that the press here in Europe hasn’t doing their job properly. There is this fear for journalists to not report the basic truth – which is that Europe has enormous problems that comes from liberal immigration politics, and as we also now can see in Sweden, but also here in Norway. But it’s not political correct for journalists to say or write that immigration in Europe is unsuccessful. When that said, most of the people that come from other countries are behaving flawless and are a gift to our society, but then again to report that everything is all good is simply wrong and these journalists should find another job, because they do not have enough integrity that requires to be decent journalist.

The Washington Post removed an article in which Clinton campaign chairman John Podesta’s “art” collection was revealed to contain pictures of naked teenagers in November after he was suspected to be a pedophile during the 2016 election when his emails were leaked containing obvious codewords.

The 2004 article, archived here online, includes comments from former Clinton administration official Sally Katzen in which she discusses the “awkwardness” of being at the Podesta’s home.

The article’s author goes on to mention Podesta’s disturbing taste in “art.”

“Folks attending a house tour in the Lake Barcroft neighborhood in Falls Church earlier this year got an eyeful when they walked into a bedroom at the Podesta residence hung with multiple color pictures by Katy Grannan, a photographer known for documentary-style pictures of naked teenagers in their parents’ suburban homes.”

Podesta will now be joining Jeff Bezo’s media outfit and “will provide commentary and analysis on the intersection of politics and policy, the Trump administration and the future of the Democratic Party.” Which may be a conflict of interest since Bezos also owns Amazon who has contract deals with the CIA.

In a statement, the post said “no one knows Washington more than John Podesta,” that’s true since he and his brother are one of the biggest lobbyists in DC as Abby Martin exposed in her series The Empire Files.

“No one knows more about how Washington works, how the White House operates, and how policy ideas are translated into reality than John Podesta,” said the Post’s editorial page editor, Fred Hiatt, in a statement.

“His long experience in Congress, inside two Democratic White Houses and on the front lines of numerous presidential campaigns, will offer readers vital insight into Washington and politics at the start of a new era.”