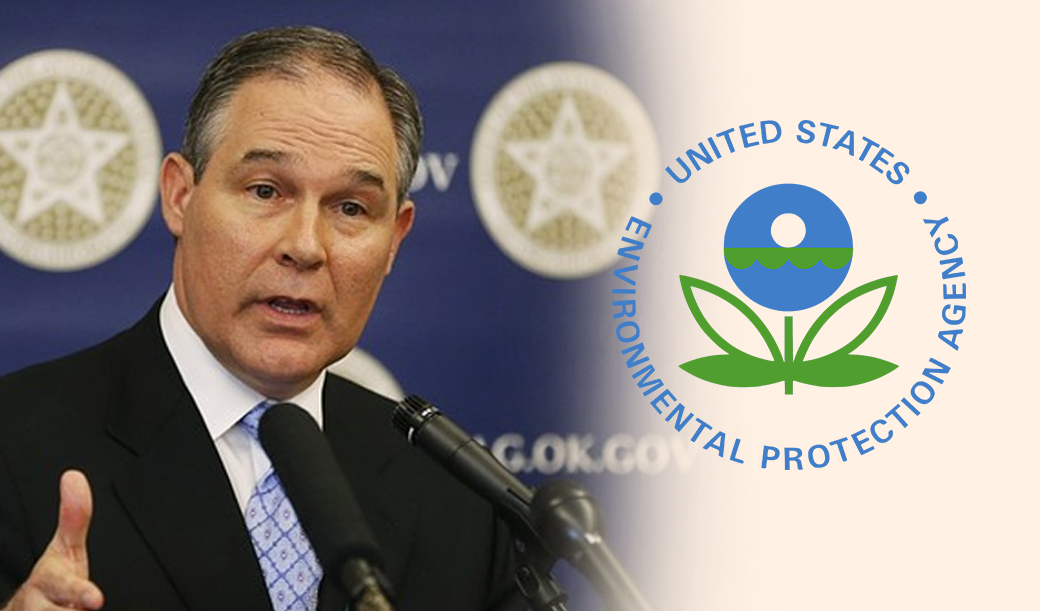 The close relationship between Scott Pruitt, the new administrator of the Environmental Protection Agency, and fossil fuel interests including the billionaire Koch brothers has been highlighted in more than 7,500 emails and other records released by the Oklahoma attorney general’s office on Wednesday.

Late Thursday night, February 16th, a judge in Oklahoma ordered thousands of letters between Pruitt and fossil fuel companies be made public. It’s a request he’s denied for more than two years until the judge said he must comply.

Republicans rushed to get Pruitt confirmed on Friday by the Senate — before the release of his email records — despite Democrats’ third attempt at holding an all-night session to highlight their opposition to the former Oklahoma attorney general for his past battles with the regulatory agency he is now tasked to run.

Trump's nominee to lead EPA, Scott Pruitt, is a climate denier who's worked closely with the fossil fuel industry. That's sad and dangerous.

Now that more than 7,500 pages have been released, it is clear why Pruitt had been withholding his extensive correspondences with oil executives from the public for the last two years.

The documents show that Pruitt, while Oklahoma attorney general, acted in close concert with oil and gas companies to challenge environmental regulations. More than once he sent letters to the EPA on official attorney general letterhead that were written by oil companies.

“The emails show a very cozy relationship between Pruitt’s office and particularly Devon Energy, as well as other coal, oil and gas companies,” said Nick Surgey, research director at the Center for Media and Democracy.

Pruitt has been criticized for acting on behalf of the fossil fuel industry, which has helped finance his political career. Since 2002, Pruitt has received more than $300,000 in contributions from oil, gas, and coal companies.

He has a record of routinely suing the regulatory agency he is tasked to lead, challenging EPA rules on fracking, controls on pollution from power plants, limits on mercury emissions, and enhancing clean water regulations.

@realDonaldTrump has put Scott Pruitt up for head of EPA; he doesn't believe we need an #EPA #NoOnPruitt #MakeAmericaUseCommonSenseAgain

Scott Pruitt’s appointment to head the EPA is a dream for oil and gas firms and a nightmare for the environment. Pruitt has supported fossil fuel firms and sought to hobble the public health regulations he will be responsible for. Only time will tell if Pruitt is capable of working with people whose core values are of wanting to protect the planet from the rapaciousness of various industries out for short-term gain rather than long-term growth and sustainability.