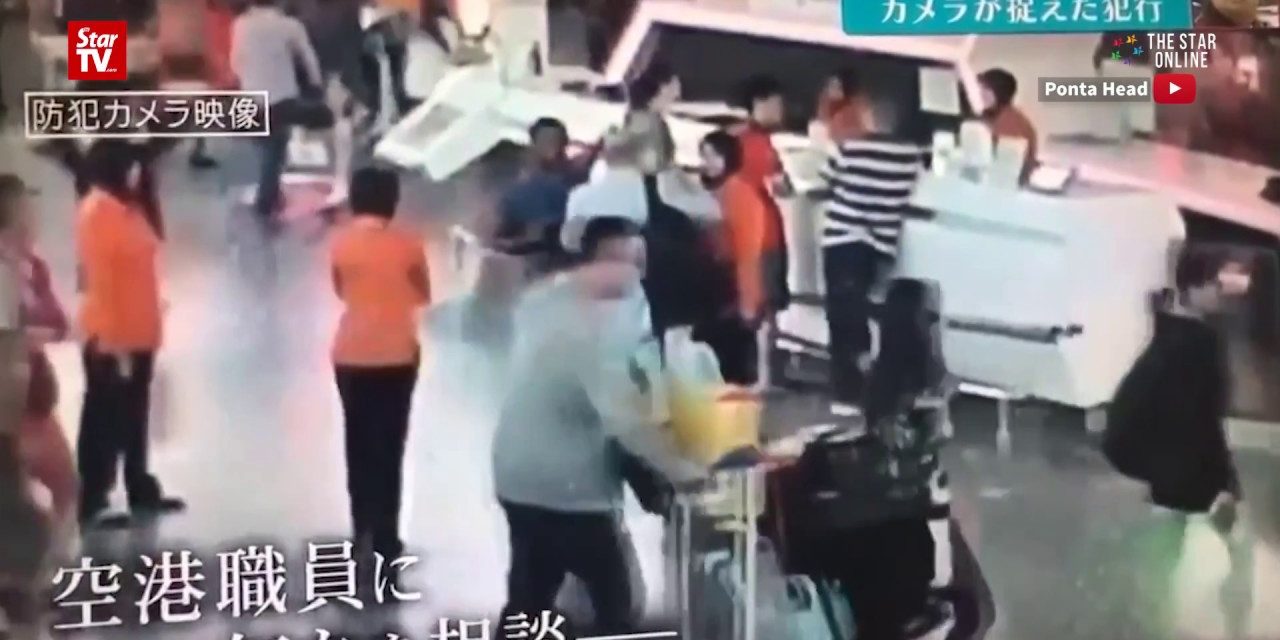 A video has emerged on YouTube showing what looks like the assassination of Kim Jong Nam at the Kuala Lumpur International Airport 2.

The shocking five-minute clip shows a man resembling Kim wearing a light blue jacket and slacks with a backpack walking around the airport lobby and looking at the flight schedule before approaching the self-check-in kiosk.

The check-in area looks fairly crowded as two women approach from opposite directions and attack Kim.

One woman, holding a cloth, lunges at Kim from behind. She reaches over his head and covers his face with the cloth in her hand and smothers him with it.

She clearly resembles Doan Thi Huong, the suspect who was later arrested and possesed a Vietnamese passport.

The other travelers appear oblivious to what is happening around them.

One of the women who attacked Kim then glances back over her shoulder as she walks quickly away from the scene.

Kim appears to be stunned by the attack and is seen walking swiftly to an information counter and speaking to two personnel there – a man and a woman.

The woman then takes him to another part of the building to talk to two police officers. Kim is then seen gesturing with both hands to his face and seems to be telling the policemen about the attack describing it.

Although he keeps pointing to his face, he looks unharmed from the aerial view. The two policemen then walk with Kim to the airport clinic.

Kim walked normally and did not need any help. The clip ends as he walks into the clinic.

Hours later, it was reported that he had died on his way to the hospital from a poison thought to be administered via needle.

The acting president of South Korea, Hwang Kyo Ahn has said that he believes that North Korea was responsible and accused the North of terrorism, urging the world to hold them accountable for the killing.

“It starkly demonstrated the North Korean regime’s recklessness and cruelty as well as the fact that it will do anything, everything in order to maintain its power,” Kyo Ahn said.

Adding that “we need to cooperate with the international community to ensure that North Korea will pay a just price for its terrorist act.”

The video is below:

The video appears to be obtained by StarTv.com. Let us know your thoughts