What happened when this feisty woman got fined $2,000 for feeding the homeless 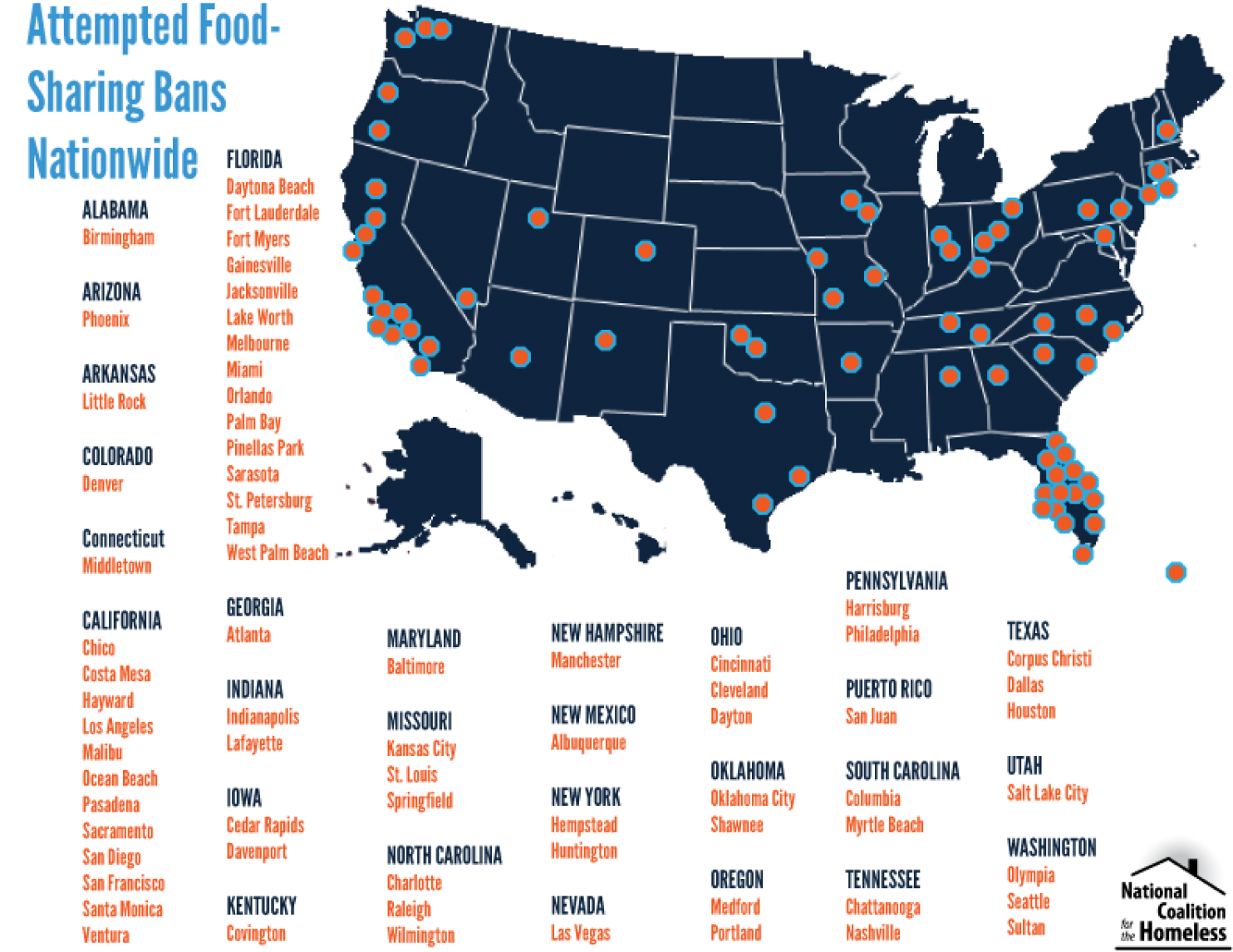 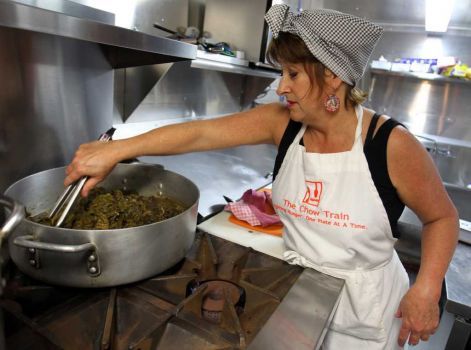 (WashingtonPost) Joan Cheever, red-headed, bespectacled and feisty as all get out, is the kind of person who gets known around town. There goes Joan, puttering through San Antonio in her non-profit food truck and a bandanna, which she has done since 2005, serving up hot plates of food to the homeless. And here comes Joan, appearing on celebrity chef Rachael Ray’s television show, palling around with cops for pictures, and materializing every Tuesday with more food for more homeless.

So that’s why, given her local status, what happened earlier this month came as such a surprise. Cheever’s accustomed to seeing cops when she’s doing what she calls her “religious duty.” They come by “to check on me,” she recalled in an interview, and sometimes she jokingly asks if they, too, are hungry. But on one such Tuesday night, she saw some cops approach. Something about them gave her pause. None of them were smiling.

Within minutes, Cheever was hit with a citation. It carried a potential fine of $2,000. All of that, she said, for feeding the homeless.

That ticket, as well as what came next, has made Cheever the latest flash point in what has become a contentious national debate over whether local municipalities have the right to criminalize street donations to the homeless and panhandlers. Called “feeding bans,” a growing number of cities have taken up the call to restrict food-sharing, activists say, in an attempt to de-incentivize homelessness. According to an October report by the National Coalition for the Homeless, 71 cities have either passed or attempted to pass an ordinance that restricts food-sharing. 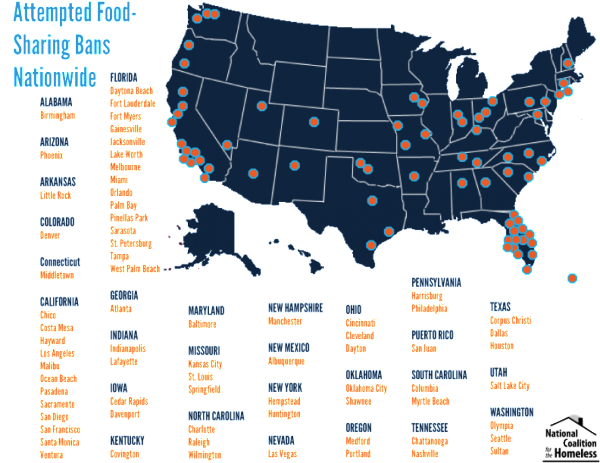 (Courtesy of the National Coalition for the Homeless)
At heart in the issue are two questions. Does giving food or money to the homeless abet, if not perpetuate, homelessness? And does restricting — and criminalizing — such an act constitute an infringement upon someone’s rights? “We’re all human,” said Megan Hustings of the National Coalition for the Homeless. “Giving someone a sandwich at a park is not going to keep them in homelessness; it’s not encouraging anyone to remain homeless. This is just an act of charity, and do we really want to criminalize that in our society? This is a moral issue.“

That’s not, however, how former San Antonio Police Chief William McManus saw it. Panhandling is already illegal in San Antonio. In 2011, the city passed an ordinance that outlawed begging for money near ATMs, banks, parking meters and other public locations. Then last year, McManus pushed for a new law that would prohibit giving money or food to panhandlers. “If it’s a crime to panhandle, it should be a crime to give to panhandlers as well,” McManus said at a city council meeting, later telling the San Antonio Express-News that panhandling is a “quality of life issue.” Some homeless, he said, had become too aggressive, spitting on windshields if they’re not given something. The proposal was dropped following public outcry, and McManus stepped down at the end of last year.
But even now, Joan Cheever said, some local authorities still want to crack down on giving to the poor. You don’t have to look any further, she said, than what happened to her.

It was the night of April 7. She had just pulled her vehicle up to Maverick Park. She began dispensing food that she had prepared in her food truck. Out of the corner of her eye, she soon saw a group of grim cops approaching on bikes. “They said, ‘You’re breaking the law,’” Cheever recalled. They told her that her food-truck permit didn’t extend to doling out food from anywhere beyond that vehicle. She said that didn’t make sense. If true, why not outlaw pizza delivery men handing out pizza from their cars? What was really at work, she said, was an attempt to crack down on feeding homeless. She framed it as a violation of her religious freedom, protected under Texas’s religious freedom law, an iteration of which has attracted considerable controversy in Indiana.

“He said, ‘You think I’m infringing upon your right to practice your religion?’” Cheever recalled. “Then he said, ‘Lady, if you want to pray, go to church.’ And I said, ‘This is how I pray. I pray when I cook. I pray when I serve.”

San Antonio Police Spokeswoman Romana Lopez said she couldn’t comment “on what was discussed” that night.

Cheever, also an attorney, says she’s going to fight the citation and is awaiting an apology from the city. She has ignored the citation and orders that she desist. If anything, she’s accelerated her efforts, attracting dozens of supporters, and hitting the streets last Friday and Saturday to feed the homeless. Even Joaquin Castro, San Antonio’s Democratic congressional representative, has called on the city council to “do right by Joan Cheever” and “allow her to feed the homeless.”

Cheever may even take her protest to the next stage. She says says she’s considering filing a lawsuit against San Antonio on the ground that her religious freedom was violated, potentially setting religious freedom and local laws on another collision course. “I shouldn’t be the one on the hot seat here,” she said. “This is about every church group or individual who wants to serve a meal. It’s terrible to criminalize the poor, but it’s just as bad to say to the good Samaritans that you’re a criminal too. The Bible says, ‘When I was hungry, you fed me,’ and I take that seriously. This is the way I pray, and we’ll go to court on this.”