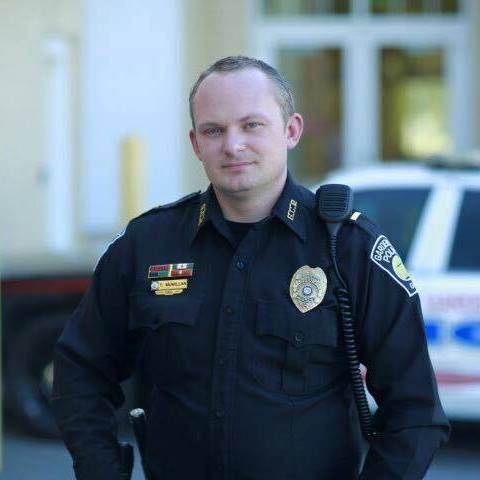 A white Georgia police officer has gone viral after he took to Facebook to offer a heartfelt account of how terrified a young black man was after being pulled over for texting while driving — and naturally not everyone is happy about it.

Garden City Lieutenant Tim McMillan explained in his post, which has now been shared over 140,000 times, that when he approached the vehicle the man was visibly shaken and terrified.

“I pulled a car over last night for texting and driving. When I went to talk to the driver, I found a young black male, who was looking at me like he was absolutely terrified with his hands up. He said, ‘What do you want me to do officer?’ His voice was quivering. He was genuinely scared,” McMillan wrote.

McMillan says that he told the man simply that he did not want him to get hurt, as texting and driving is dangerous.

“I just looked at him for a moment, because what I was seeing made me sad. I said, ‘I just don’t want you to get hurt,’” McMillan wrote, “He replied, with his voice still shaking, ‘Do you want me to get out of the car?’”

The officer described how he wanted his mom to “always have her baby boy.”

The officer concluded that he doesn’t care whose fault it is that the young man is so frightened of police, and that he just wishes someone could fix it.

“I truly don’t even care who’s fault it is that young man was so scared to have a police officer at his window. Blame the media, blame bad cops, blame protesters, or Colin Kaepernick if you want. It doesn’t matter to me who’s to blame. I just wish somebody would fix it,” McMillan lamented.

Sadly, McMillan now regrets sharing the story, as his remarks have been nitpicked thoroughly and not all responses to his commentary were pleasant. He has since had to remove photos of his family, including his children, from his social media accounts.

“Since my original post, I have experienced stress and sadness not for myself but as humans. I received negativity, questioning my motives, ‘how much do I really care.’ I have had people say hateful and hurtful things to me. I have suddenly, had my family which means more to me than anything in this world thrust into the spot light. I’ve had to remove my children and wife’s pictures from public view. Because in the end, as much as I love all of you. I am nothing if I don’t live by what I say. I look myself in the mirror and say ‘What can I do to be better?’ everyday. Ultimately, that begins with being a good husband and and most importantly father,” McMillan wrote in a post on a new Facebook page he set up. “I have had people make condescending comments. I have had people pick apart the littlest details in my post. I have been accused of things that I never did, nor would I do.”

Despite the negativity he is facing, Officer McMillan has vowed to continue to speak out.

“God Bless all of you because it is all of you that are turning your cries for a better tomorrow into very powerful roars of change,” he concluded his most recent post.