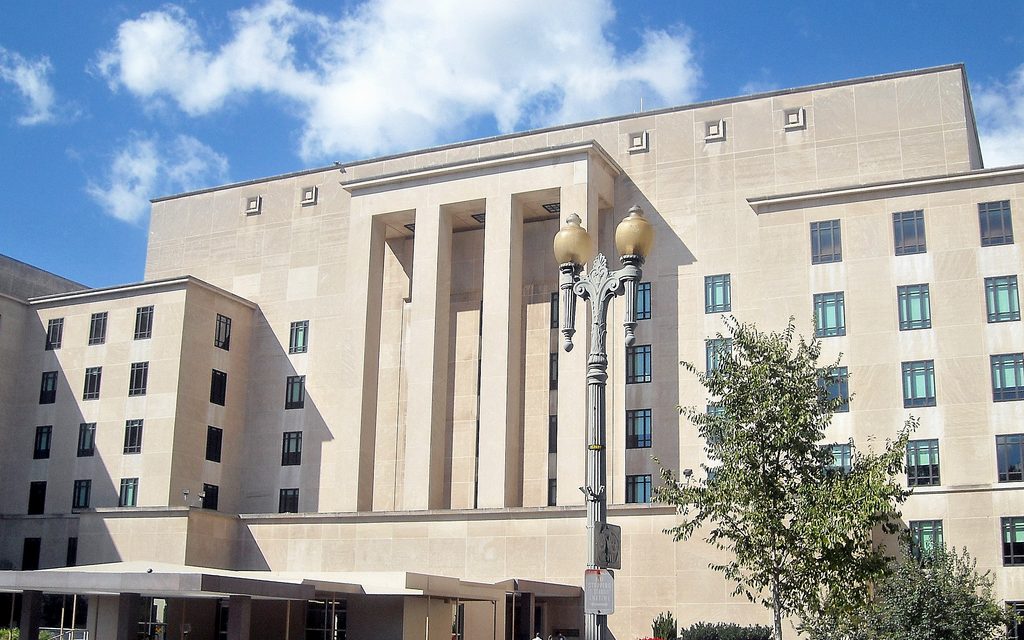 UPDATE: The FBI removed the evidence and should’ve known that the Internet can do this.

“There was a powerful group of very high-ranking STATE officials that some referred to as ‘The 7th Floor Group’ or ‘The Shadow Government.’ This group met every Wednesday afternoon to discuss the FOIA process, Congressional records, and everything CLINTON-related to FOIA/Congressional inquiries,” the FBI’s summary said. 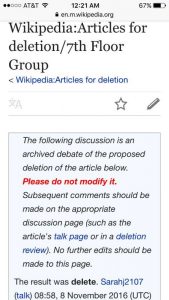 The 7th Floor Group is a group of top US State Department officials who met regularly on the 7th floor of the Harry S. Truman Building in Washington, DC, referred to by the FBI as a “shadow government” inside the State Department.

[Editor: You may notice the page linked above no longer exists.] 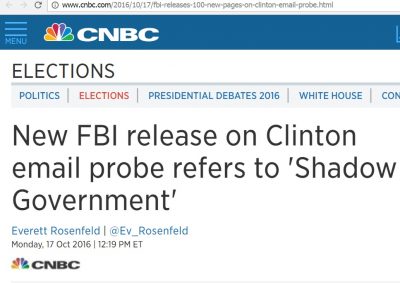 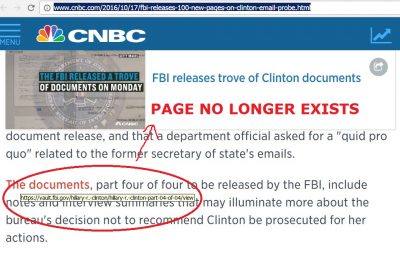 The group was exposed on 17 October 2016 by a reference in an FBI investigation report arising from the Hillary Clinton email controversy. Interest has been heightened by the fact that FBI documents refer to it as a “shadow government” inside the US State Department.

As of November 2016, only one other reference to the group is known in the public record, an email by Roberta S. Jacobson to her ” 7th floor colleagues.”

The 7th Floor Group met on Wednesdays, and discussed FOIA requests and the Congressional record in order to contain particularly sensitive information, and how best to release other information. CNBC reported in October 2016 that the group had “argued for a Clinton document release to be conducted all at once “for coordination purposes” instead of on a rolling basis as would normally be the case.”

A 2015 report for The Washington Examiner was entitled “State Department Inspector General officials edited out passages of a high-profile report in [February] 2013 that could have embarrassed Hillary Clinton just days before she quit President Obama’s Cabinet.” This compared a report published in 2013 with earlier drafts that were provided by whistleblower Richard Higbie.

The Examiner states that “The unexplained gaps in the final version, and the removal of passages that would have damaged the State Department, call into question the independence of Harold Geisel, who was State’s temporary inspector general throughout Clinton’s four years at the head of the department.”

The Secretary’s suite was a Sensitive Compartmented Information Facility which also had a DSS security detachment outside of the office.

Meetings are attended by the Secretary of State John Kerry, Deputy Chief of Staff Jennifer Stout, Deputy Secretary of State for Management and Resources, Kennedy, Assistant Secretary Julia Frifield, and unnamed members of the Office of the Legal Adviser.

Hillary Clinton is not known to attend the meetings, but this is a reasonable inference from the fact that some names were redacted from the FBI document, and the fact that her office was also located on the 7th Floor of the US State Department Headquarters, where she is known to have met with her top advisers, including Huma Abedin and Cheryl Mills.

The group appears to have been disbanded by Donald Trump’s administration. On 17 February 2017, CBS reported that “Much of seventh-floor staff, who work for the Deputy Secretary of State for Management and Resources and the Counselor offices, were told today that their services were no longer needed.”

This article first appeared on WikiSpooks.com and is available under Creative Commons Attribution-ShareAlike.