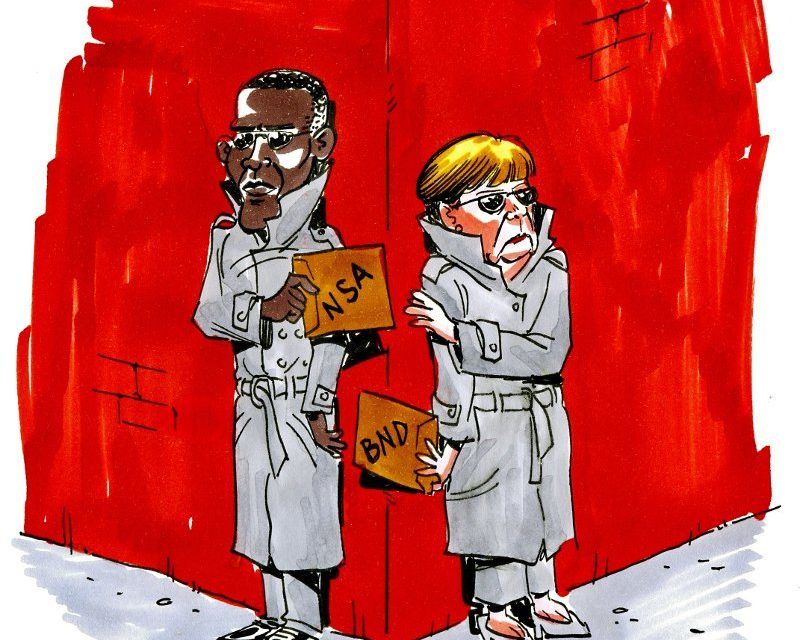 Wikileaks has released 90 gigabytes of information in a torrent relating to the German inquiry into the surveillance activities of Germany’s foreign intelligence agency Bundesnachrichtendienst (BND) and its cooperation with the United States’ National Security Agency (NSA).

In a press statement, Wikileaks said: “The 2,420 documents originate from various agencies of the German government including the BND and Federal Office for the Protection of the Constitution, Bundesamt für Verfassungsschutz (BfV) and were submitted to the inquiry last year in response to questions posed by the committee.”

Wikileaks founder Julian Assange has warned that the documents could derail Angela Merkel’s hopes of dominating the EU.

“This substantial body of evidence proves that the inquiry has been using documents from Mr Snowden and yet it has been too cowardly to permit him to testify. Germany can not take a leadership role within the EU if it’s own parliamentary processes are subservient to the wishes of a non EU state.”Julian Assange, said.

The BND was withholding this list from the inquiry into the connection between U.S. intelligence agencies in the wake of the 2014 Snowden revelations. As well as WikiLeaks previous revelations of NSA spying on Angela Merkel and top officials at German ministries, the EU and France also contributed to the political inquiry.

The BND argued that releasing the data in the inquiry could cause a rift in the BND’s relationship with the NSA.

The documents also expose the agreements between the BND and NSA and that one of the BND’s employees was tasked with writing the mass surveillance search tool Edward Snowden leaked, XKeyscore.

“The collection contains early agreements between the BND and the NSA and internal processes at the BND, but also more recent details on the close collaboration between the two agencies. For example, one document from the BND states that a BND employee will be tasked to use and write software for XKeyscore, an NSA system for searching and analysing data collected through mass surveillance,” Wikileaks, writes.

They continue, “A number of the documents show how intelligence agencies find ways to work around their own government. Documents pertaining to an audit visit by Germany’s data protection agency to the BND’s offices show that BND officers withheld the notes made by the auditors during their visit. The BND would only release the notes to the auditors once they had checked the content for themselves.”

The depth of the NSA relationship with the BND was unknown to the German public and much of its government. Snowden was asked to testify about what went on at the NSA between the two agencies but was later told that his safety wouldn’t be guaranteed and his extradition was likely.

Last week, November 21st, 2016, Germany’s Federal Court of Justice upheld the complaint and ruled that the committee was obliged to hear Edward Snowden in person. However, three days later, Chancellor Angela Merkel’s Union bloc and the Social Democrats removed Snowden’s invitation from the agenda of the inquiry and are contesting the Court’s decision.

Are some of these documents from Snowden or perhaps there is a new whistle-blower on the scene?

We will make sure to keep you updated with any further information that may come out of this latest Wikileaks data dump. Stay tuned to We Are Change.

If you liked this story, please share it, if you want to donate and help us to keep continuing this operation, you can do so here. Remember, we are nothing without you. This is your news site and together, We Are Change.