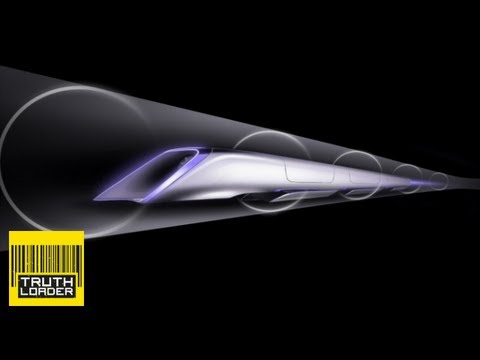 No, you didn’t read that wrong. Paypal co-creator and Tesla Motors Wunderkind thinks that California just wasted $63 billion on a mass transit rail that only goes 164 miles an hour when a 14,000-mile-an-hour pneumatic railroad could be built for 1/10th that amount to take someone from Los Angeles to New York in less than 2 hours. Even better – the plans for such a pneumatic, or vacuum tube train, are all open source.

Called ‘hyperloop’ this ultra high-speed public transport could completely change people’s frustrating waits on delayed flights due to inclement weather, reliance on petroleum-fueled transport, and panic attacks over possible crashes, since the hyperloop theoretically cannot crash. It would move faster than the speed of sound.