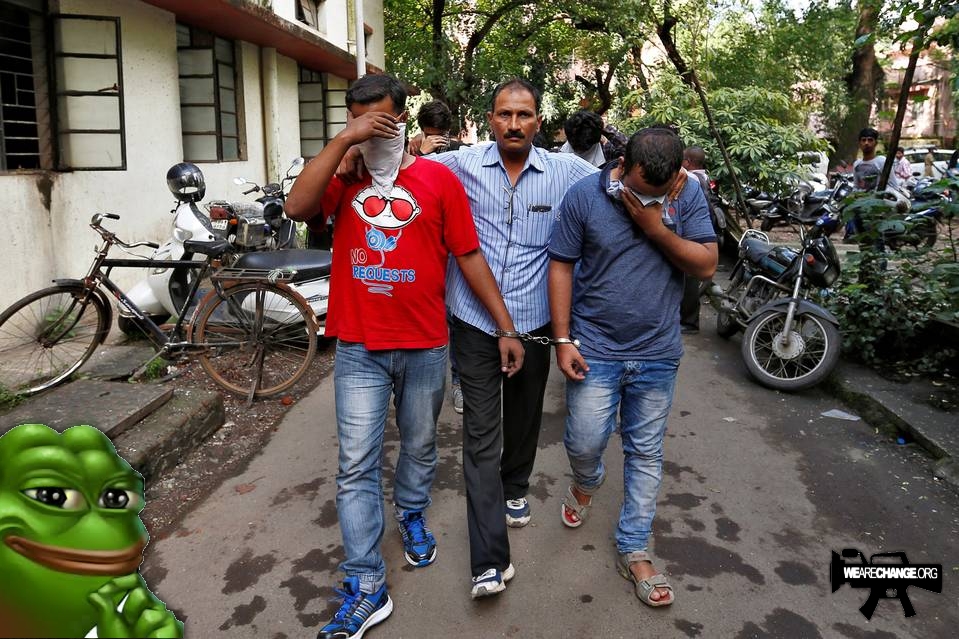 A police official, right, escorts two men outside the court in Thane, outskirts of Mumbai, India, Thursday, Oct. 6, 2016. Indian police have arrested 70 people and are questioning hundreds more after uncovering a massive scam to cheat thousands of Americans out of millions of dollars by posing as U.S. tax authorities and demanding unpaid taxes. (AP Photo/Rajanish Kakade)

NEW DELHI (AP) – Indian police have arrested 70 people and are questioning hundreds more after uncovering a massive scam to cheat thousands of Americans out of millions of dollars by posing as U.S. tax authorities and demanding unpaid taxes, a police officer said Thursday.

Police said the call center workers had one job: dial people in the U.S., accuse them of failing to pay their taxes and threaten them with jail time if they didn’t pay up immediately. Police didn’t give an estimate on how much money the operation netted, but the ability to employ hundreds of English-speaking people suggests it had significant revenue.

“You can call it a scam center,” said Parag Manere, a deputy commissioner of police in Thane, just east of Mumbai India.

According to police in Mumbai, the yearlong scam involved running fake call centers which sent voice mail messages telling U.S. nationals to call back because they owed back taxes.

Those who called back and believed the threats would fork out thousands of dollars to “settle” their case, Mumbai police officer Parag Marere said Thursday.

The scam reportedly brought in more than $150,000 a day, Marere said without giving a total sum. If the scam netted that amount daily, it would have made almost $55 million in one year.

Some victims were also told to buy gift vouchers from various companies, and hand over the voucher ID numbers which the impostors then used to make purchases, Marere said.

Police said they are likely to file charges against many of the 600 or more people still being questioned on suspicion of running the fake call centers, housed on several stories of a Mumbai office building.

Those arrested so far include several of the alleged ringleaders, as well as people accused of providing equipment and setting up the fake call centers. The criminal charges filed against the suspects include extortion, impersonation and violations of India’s information technology laws.

“We are questioning those who were involved in the fraud, including those posing as tax investigators,” Marere said.

Police raided the offices this week and seized hundreds of hard disks, hard disks, high-end servers and other electronic equipment.

Indian media reports said 70 percent of the scam’s proceeds were retained by the suspects in India, while the rest was paid to collaborators in the U.S.

Indian news broadcaster NDTV reported that one U.S.-based company allegedly collected the victims’ personal information and passed it to the fake call centers.

The IRS reports receiving more than 900,000 complaints about similar scam calls since October 2013. More than 5,000 people have fallen for the scam, paying out more than $26 million collectively as a result of scams.

The IRS has yet to comment on this recent arrest in India.

The IRS warns that it will not call and demand “an immediate payment”.  It will never require you to use a ‘specific payment method for your taxes, like Western Union or a prepaid debit card. The agency will never ask for credit card numbers over the phone. 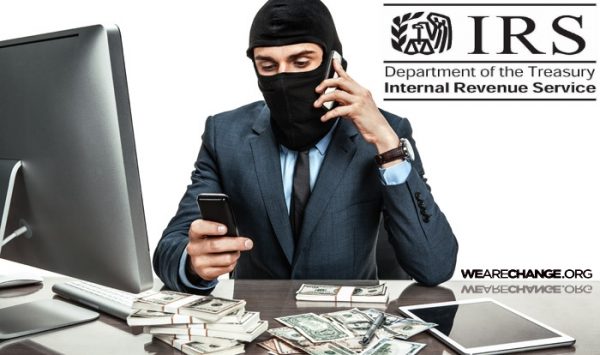 If you receive a call form someone claiming to be from the IRS and asking for money, don’t forget only ONE official State authority is allowed to demand your money, and you should do the best you can to prevent from having your money ‘taken’ by any of these shadowy criminal organizations, because telling people that you are from the U.S. tax authorities that charge them to exist, and demanding they pay is amoral and wrong.

If you feel like the people calling demanding your money are not from the omnipotent Government, please report the call to the IRS using their “IRS Impersonation Scam Reporting” web page, or you can also call 800-366-4484.