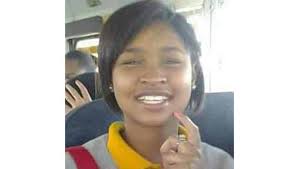 On January 11th, a 16 year old girl died within 24 hours of entering her first and unfortunately last detention facility. Now the grieving parents are conducting a lawsuit against the state, claiming the death could have been avoided, having been the result of the facility’s failure to follow standard protocol.  The young woman, Gynnya McMillen, had been taken into custody after her mother, Michelle, had called 911 on her daughter proceeding a heated and emotional argument. By the time the cops had responded to the call and had found McMillen walking down a street, the two had apparently calmed down enough to decide against discussing the altercation with the officers

Despite the apparent resolution between the mother and daughter, resulting in the mother and daughter essentially pleading the 5th, the police decided it was an issue worth investigating and then proceeded to take McMillen into custody. Soon after, a state judge of Kentucky ordered for McMillen to be taken to a place called Lincoln Village to wait for a court appointment.

After the girl had arrived at the juvenile detention center at 6:07 a.m. she was soon asked to remove her sweatshirt for a search. She was rebellious and refused to the search, resisting their attempts to restrain her, resulting in 2 officers bringing her to the ground to search. Public Information Officer for the Kentucky Justice and Public Safety Cabinet had described the event in an email to CBS –

Then after she “continued to resist and kick”, Wynn had revealed that the footage continued as “A third employee held her feet to prevent the youth from kicking. A fourth female staff member performed a pat-down style search. Once the search was complete, the youth was raised and escorted to the intake holding room,” For the next 9 hours and 22 minutes, McMillen had sat on a metal bedframe curled up in an ball with her sweatshirt for warmth. When asked why she was not provided with a mattress and blanket, Wynn replied, “The mattress is provided to youths at times, but not during the day, because the idea is to keep the youth awake,”.

At 3:44 PM, McMillen had been released from her cell and was formally processed before being provided with food and water as well as the option to shower. When she returned to her cell at 5:19, a mattress had been set on top of her metal bedframe. Over 6 hours later, Kentucky Juvenile Detention Youth worker Reginald Windham heard coughing that had incited him to take a look. Windham told investigators he was at McMillen’s door at 11:39 p.m “to check on her to make sure she had not thrown up or was choking or something like that,”. The surveillance video shows him to be peering through the window to McMillen’s cell for 18 seconds, as he witnessed what the lawsuit claims to be “Her lasts gasps and dying breaths and final uncontrollable movements and seizure”.

Windham’s lawyer had been quoted by CBS in saying that “The video does not show the young lady moving or thrashing about. I don’t know how they can get a doctor to look at video and say down to a three- or four-minute time frame her time of death.”.

The Department of Juvenile Justice had conducted in a press conference following the filing of the lawsuit, stating –

“We respect the family’s right to bring this action and remain deeply saddened by their loss. We have also fully complied with three independent investigations, all of which confirmed that this tragedy was the result of natural causes. After reviewing all the evidence, medical examiners were clear that this child passed away in her sleep, without any signs of distress that would have prompted medical attention.”

Later the Mayo clinic would discover that she suffered from Inherited Long QT Syndrome, which causes cardiac arrythmia. CBS had quoted from a Department of Juvenile Justice report an statement from investigators that read – “Looking back, he[Windham] sees so many things that could have been done that could have prevented this from happening. He agrees if he had done his bed checks and went into the cell to do the wellness check, he may have detected her condition early enough to have gotten her some medical attention.”

The lawsuit has determined that the bed check logs were falsified dozens of times. 64 bed checks were mandatory in the 10 hour period after McMillen had coughed harshly enough to peak the guards curiosity. At 6:29 a.m, a youth worker had opened the door to McMillen’s room, and pounded on the door to wake her up. After she remained still, he closed the door and walked away.  The lawsuit claims he then ate the food 20 minutes later. This is ironic considering that when McMillen had arrived at 6:22 a.m. the day before, she did not even have a mattress in her cell allegedly because “The idea is to keep the youth awake”, yet the next day, 7 minutes after the time she arrived in her cold and barren room, she was left to sleep in on her now-present mattress.

Two more attempts were given to wake the girl up until Victor Holt finally poked her with a water bottle at 9:26 a.m. When that did not work, he shook her limp body. After no effect, the staffer left the room with the door cracked open, only to return 3 minutes later to close it. A deputy arrived at 9:55 to retrieve McMillen for the court hearing appointed after the altercation with her mother, only to be told the girl was dead. At just past 9:55 a.m. , the girl was announced to be dead.

Two months later in March, Windham and holt were brought before a grand jury for charges of second-degree official misconduct. While state officials have refused to release the videos from McMillen’s stay, state investigators have determined that at least 6 employees were falsifying logs, Three of those employees had been fired, including Windham and Holt.

LaChe Simms, McMillen’s sister, had told CBS in an interview on Monday that – “Seeing my sister in that casket, she didn’t look at peace. She didn’t look like she died in her sleep. It gave me a real uneasy feeling about what (officials) were saying. If you had a seizure and you’re coughing, that’s not dying in your sleep. It’s not dying in your sleep when you wake up and choke for air.”

While Simms was uninvolved in the lawsuit, she was involved in her sister’s life. The effects of criminal prosecution can have serious and far reaching consequences, something their mother had realized when the police had told her they had intercepted her daughter and wanted to know more of what happened in the domestic dispute. Perhaps if the police had returned Gynnya McMillen to her mother when she had asked, pleading the officers to drop the matter, she would be still alive. Or as her sister LaChe Simms said, “Nobody wakes up fine every day for 16 years, and then goes to a detention center one day and 17 hours later randomly dies.” 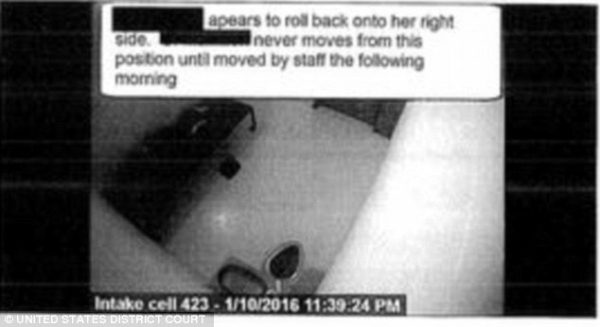