The 5 Best Arguments Against Trump’s Airstrike On Syria 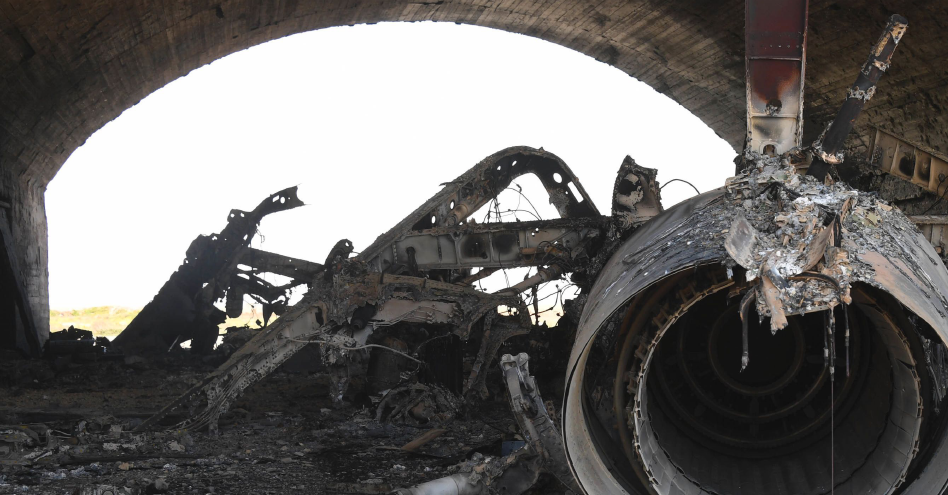 President Trump took an oath to protect the Constitution of the United States of America on January 20th, an oath which is a treasured and sacred tradition in U.S. culture. Within months of making that oath, unknowingly or not, he has already violated the Constitution.

Article 1 Section 8 of the Constitution claims that only Congress has the authority to declare war. It is difficult to then measure if it is legal for the president to authorize acts of war without Congress. After all, isn’t an act of war similar to a declaration of war? In many cases of history, an act of war is a declaration of war. The United States Congress is supposed to formalize this process by declaring war based on the will of their constituents.

2. The War Powers Resolution Bypasses The Constitution And Congress

Since the Constitution is a little unclear on when a U.S. president can authorize attacks, the War Powers Resolution came about during the Vietnam War. The resolution states that:

“The constitutional powers of the President as Commander-in-Chief to introduce United States Armed Forces into hostilities, or into situations where imminent involvement in hostilities is clearly indicated by the circumstances, are excercised only pursuant to (1) a declaration of war, (2) specific statutory authorization, or (3) a national emergency created by attack upon the United States, its territories or possessions, or its armed forces.”

In other words, the president is only allowed to authorize attacks with a declaration of war, “specific statutory authorization,” or a national emergency brought about by some sort of attack. It is questionable if these scenarios match the airstrike bombing that was carried out on Syria April 6th.

For this reason, Senator Rand Paul had urged President Trump to come to the halls of Congress and carry out a debate there before committing any further actions:

Sen @RandPaul on #Syria airstrikes: "I think it's unconstitutional." pic.twitter.com/kQE0l7RG9O

President Trump followed up with a letter to Congress (below) arguing that all he has to do is inform Congress, however, depending on how you interpret the text of the War Powers Resolution, specifically “specific statutory authorization,” this might not be the case.

Regardless, it is difficult to imagine the writers of the Constitution to have envisioned the President with unlimited military control, only having to inform Congress of each action he directs. Even if it means that troops are pulled out within 60 days, as required in section 5(b) of the law.

An act of war is something that you cannot take back once it happens, and if an act of war triggers an international war, it is easy to become involved in an unconstitutional war, following the War Powers Resolution.

Furthermore, there is no evidence from recent history that illustrates a President will actually follow the requirements in the War Powers Resolution verbatim, considering the last declaration of war was in 1941, and we have had several years-long conflicts in the years following.

Trump's letter to Congress about Syria: "I acted in the vital national security and foreign policy interests of the United States." pic.twitter.com/6tydMb95K0

3. There Is No Proof Assad Ordered The Chemical Attacks

This one is pretty simple. If there is “no doubt” Assad ordered the Chemical attacks as U.S. officials have alleged, then there should be no need for a further investigation, right?

However, recent reports have surfaced from multiple media outlets that the Pentagon is investigating possible Russian involvement in the attack. In other words, This illustrates that some people high up in the U.S. political community aren’t so sure that it was Assad who ordered the chemical attacks.

UN officials from Kazakhstan also aren’t convinced that Assad is behind the attacks, and called for further investigations into the attacks today in an emergency UN Security Council meeting.

The Geneva Convention are a set of international laws for armed conflict for any country involved in the treaty. The Geneva Convention which took place on August 12, 1949 specifically outlaws the use of terrorism, which is defined according the the U.S. Code of Federal Regulations as “the unlawful use of force and violence against persons or property to intimidate or coerce a government, the civilian population, or any segment thereof, in furtherance of political or social objectives.”

To be fair, this definition should hold true no matter who the perpetrator is, right?

In Trump’s speech announcing the Syrian attacks, he said that “Years of previous attempts at changing Assad’s behavior have all failed and failed very dramatically,” meaning that part of the intent behind this attack was to coerce the Syrian government by the use of force for a political objective. This seems very close to what has been defined as terrorism.

This isn’t the only time Trump has supported the breaking of Geneva Convention rules, as a presidential candidate, he campaigned for breaking these rules by campaigning to kill the families of terrorists saying, “when you get these terrorists, you have to take out their families.” The “willful killing” of civilians is considered a grave breach of the Geneva Convention. To hear him say these remarks, watch the video below:

In an emotional speech, Trump was asserting that Assad’s alleged attack produced “a slow and brutal death for so many” including “beautiful babies,” furthermore asserting that “no child of god should ever suffer such horror.”

After making a clear effort to illustrate the fact that innocent civilians were killed in the recent chemical attack on Syria, Trump announced his decision to airstrike Syria:

It turns out that the attack authorized by President Trump did the same thing, specifically killing four children according to reports. Many mothers tell their kids that “two wrongs don’t make a right” perhaps these words of wisdom should be relayed to our president.