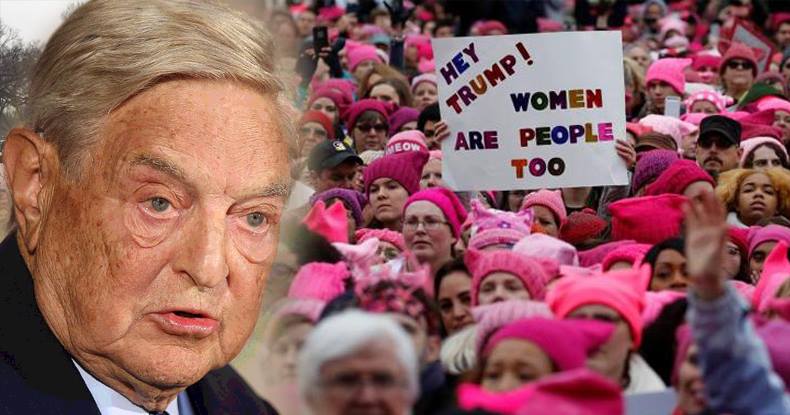 Liberal billionaire and notable Clinton donor George Soros reportedly has ties to more than 50 groups in the Women’s March on Washington against President Donald Trump.

The New York Times reported that it found the links to Soros after studying 403 groups that are partners of Saturday’s march.

The march pins itself as non-partisan, however it claims to have a message that is announcing to “our new government on their first day in office, and to the world that women’s rights are human rights.”

The march’s official website says, “We stand together, recognizing that defending the most marginalized among us is defending all of us.”

NYT Reporter Asra Q. Nomani noted that she uncovered that not only was the march a partisan event, Soros’s money was everywhere. She reported that she found financial ties between Soros and at least 56 of the march’s “partners.”

Nomani also spoke to a spokeswoman from Soros’s Open Society Foundation who said that, contrary to popular belief, these were “false reports” and that OSF supports “a wide range of organizations.”

“There have been many false reports about George Soros and the Open Society Foundations funding protests in the wake of the U.S. presidential elections,” The spokeswoman told the Times. “There is no truth to these reports.”

According to a memo released by WikiLeaks that was sent to Soros by Clinton campaign chairman John Podesta, the campaign wanted to use grassroots organizations to “control political discourse.” Podesta wrote that he wanted to “better utilize these networks to drive the content of politics through a strong echo chamber.”

“Control the political discourse. So much effort over the past few years has been focused on better coordinating, strengthening, and developing progressive institutions and leaders. Now that this enhanced infrastructure is in place—grassroots organizing; multi-issue advocacy groups; think tanks; youth outreach; faith communities; micro-targeting outfits; the netroots and blogosphere—we need to better utilize these networks to drive the content of politics through a strong “echo chamber” and message delivery system.”

George Soros has been exposed funding Black Lives Matter protests to expand police presence, funding media coverage of the Ukrainian conflict, and funding along with other shady ventures.