A Guy Fed Two Hungry Street Kids In A Restaurant, The Restaurant Too Showed What Humanity Is 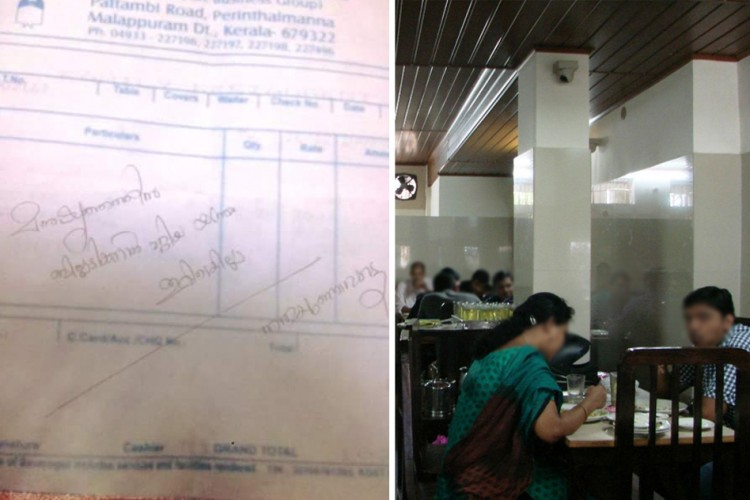 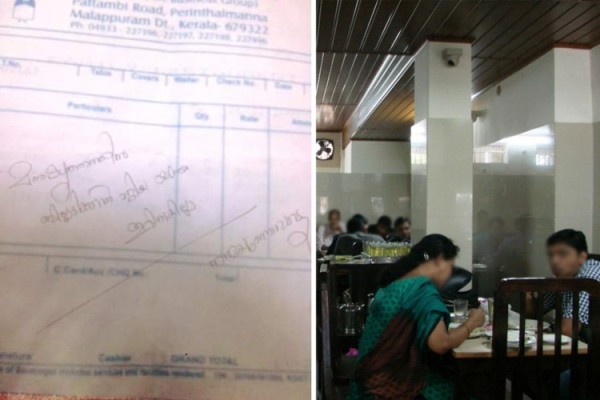 Let’s Imagine the character of this story is Mr. X.

He had gone to malappuram for a company meeting, the same one which happens every year. A hundred people turned up, to boast about themselves and each other. A hundred mechanoids meeting, to discuss about the lingering question, what now. His mind was also a machine, sooty and greasy from the grind.

The meeting got over. He got a room for the night, so that morning could be fresh for departure. And he was hungry. A quick shower and a change of clothes later, he found himself in the restaurant next door, where every table was merry, and food smelled delicious. His hunger increased twofold thinking about the food, and the legendary malappuram cuisine.

He ordered a plate of porotta, chicken curry and tea. Before he knew it, there was food in front of him, steaming. That’s when he saw two tiny eyes through the display glass. Two eyes which were darting from table to table, taking in as much as it could, without sending anything to the tummy which was waiting to be fed. The owner of the young eyes had a sack in his hand. But no one was paying any heed to the sounds made by his stomach, which was crying by now.

Pain shot through his heart, which was a feeling less part running the machine that was him. He beckoned the young eyes inside. It was when the young boy came inside, that he saw that the boy was not alone. A little girl was with him, who appeared to be his sister. Two pairs of eyes were staring into his plate. He told them to sit down. And they did; sack, dirty clothes and all.

When he asked them what they wanted to eat, they silently pointed to his own plate. He ordered it again, porotta and chicken curry. As soon as it came, the young boy got ready to dip his hands into the food. Ravenous hands were stopped by his sister’s, who made sure both of them washed their hands before they put a morsel into their mouths.

Everyone was staring, as though some grand event was happening. In the meanwhile, the kids had finished off all that was put in front of them, without even looking at each other. Only after they had left, did he realise his hunger had disappeared along with them. But he was content.

Thoughts flashed through his mind. He quickly finished his food. He was tired, and needed some well deserved rest. He told them to get the bill and got up to wash his hands. When he came back, the bill made him well up, and a tear ran down his cheek. He looked up at the man sitting at the counter. The man smiled back. A smile unadulterated by life. A smile which showed not everyone is a machine. His mind was at peace. Knowing that nothing is lost, and nothing will be. Knowing that not everyone has to be a machine.
(The writing on the bill says: We don’t have a machine which can issue a bill for humanity)