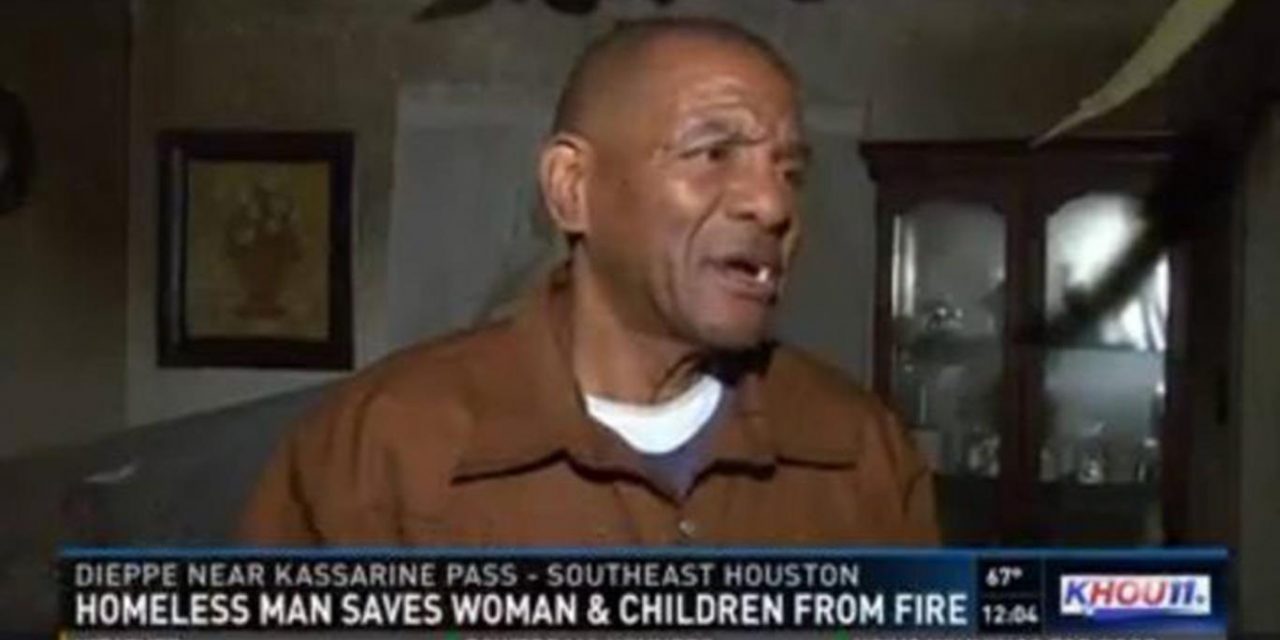 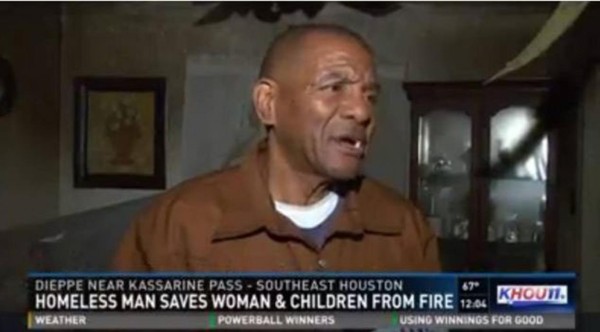 When a longtime friend gave Thomas Smith a place to stay, the homeless Houston man worried he would never be able to repay the woman for her kindness.

That all changed early Friday, when Thomas was awakened by “a big old boom” while everyone else in the home was asleep, according to NBC affiliate KPRC2.

Initially, he thought the house was being robbed, but when he came out of his bedroom, he realized that the home was on fire and quickly filling with smoke, according to CBS affiliate KHOU.
READ MORE
The European city where homeless people are becoming tour guides
Entering his friend’s bedroom, Thomas noticed the 66-year-old woman — who was not identified by local television stations — was trapped beneath debris that had fallen from the ceiling.

“I jumped out the bed and ran to her room, and something was on top of her — sheetrock and what not,” he said. “I told her, ‘Get up out the bed!’”

Thomas pulled the woman out of bed and rushed to another bedroom, where her 8- and 10-year-old granddaughters were sleeping, according to KHOU. The children were still asleep as fire raced through an attic above them. After rousing the children, Thomas led the family through the smoke until they had made their way safely outside.

“I got them out the house so fast,” he told KPRC2. “There was smoke!”
READ MORE
NY State Governor wants to rescue the homeless from freezing weather
Houstonians labeled Smith a hero, but he brushed the label aside.

KPRC2 reported that the homeowner has owned the home for more than 40 years and that it was known as “grandma’s house” to her loved ones.

Though no injuries were reported, images from local media outlets revealed extensive damage to the home, including the children’s laptops, clothes and many other belongings.

Firefighters told KPRC2 that the blaze is under investigation but appears to have been an electrical fire.