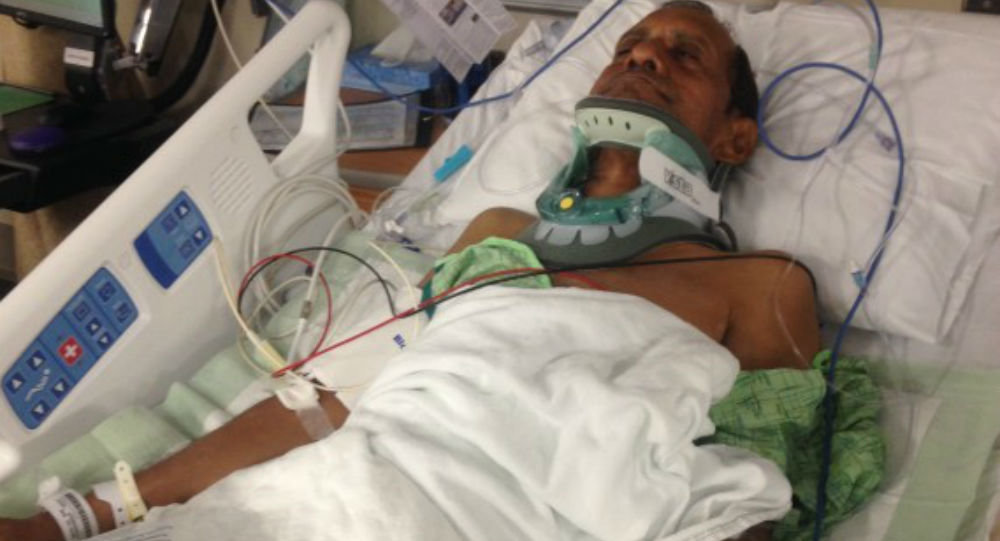 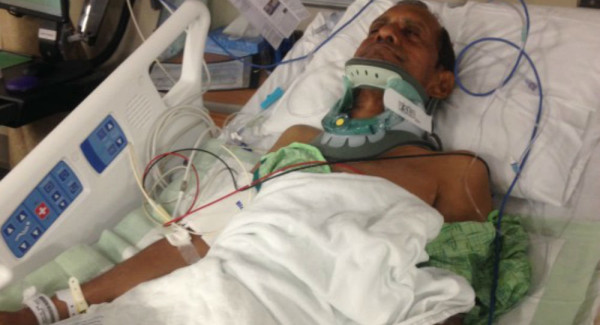 Eric Parker was fired and arrested on charges of assault, after a 57-year-old man visiting from India was left partially paralyzed by his encounter with the officer, who turned himself in Thursday.

Sureshbhai Patel of Gujarat, India was visiting his children in Madison, Alabama, to help care for a newborn grandchild with health and developmental problems. On Feb. 6 he was taking his morning walk when police stopped him in response to a “suspicious person” call. A neighbor had reported a man looking in people’s garages.

Patel’s answers in limited English and his attempt to continue his walk were met with a body-slam onto a lawn, caught on the police officer’s dash cam. After he reported having no feeling in his arms and legs he was rushed to the hospital where he underwent cervical fusion surgery and regained partial feeling. He is now unable to walk, and doctors say that if he recovers it could take months.