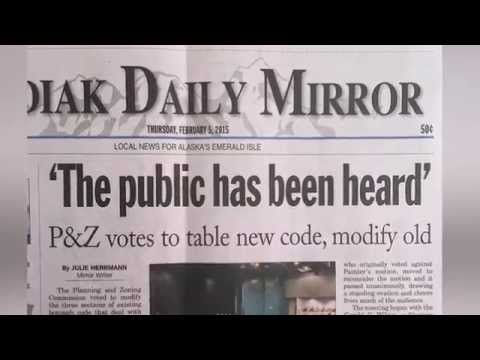 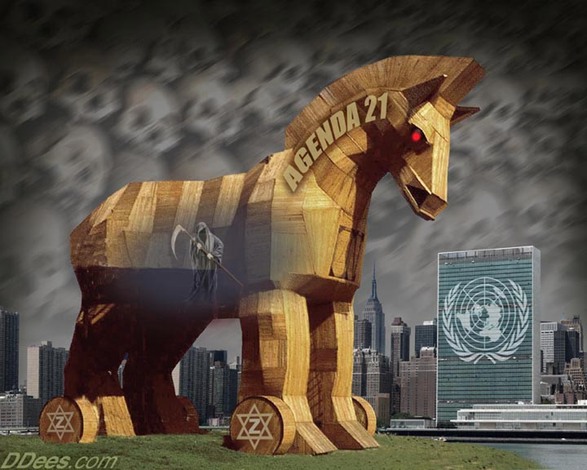 [If you do not know what Agenda 21 is, click this article and become informed: it is very crucial – AC]

Solutions Institute is thrilled to announce that the people of the Borough of Kodiak, Alaska have defeated a zoning bill that would have severely restricted property rights and changed the character of their community. Many residents were deeply concerned, but a coalition did not exist. Activism brought these people together, and all who contributed to the bill’s defeat are to commended for defending long-standing property rights. SI provided assistance, but the individuals who devoted their time and resources to the cause carried the day for Kodiak.
Local activist Jamie Fagan wrote to us, describing the process that turned the concerned residents into a force that the Borough Council could not conquer. It is a story of ambition and persistence that inspired us to make the video that accompanies this press release. Here it is Jamie’s own words:

On or around Nov. of 2013, an awareness that had been building in me for some time reached a critical threshold where I knew I had to do something! It hit me that I could no longer sit on the sidelines and watch as one crime after another after another was being committed with impunity by “the Powers That Be.” So, after hearing Dan interviewed on several talk radio shows, I decided to call him and ask for his help in starting up a local PANDA group in Kodiak (People Against the NDAA). At around the same time, I read Rosa Koire’s book, “Agenda 21 Behind the Green Mask,” and invited Rosa Koire to come and give a presentation in Kodiak.

Sometime in mid April of 2014, frustrated and ready to throw in the towel due to lack of support for our anti-NDAA resolution, I phoned Dan Johnson for advice and encouragement. He talked me into continuing, which I am very thankful for. Not too long after that phone call, it occurred to me that I could probably drum up more support by inviting Dan to Kodiak to give a presentation. Dan came to Kodiak for about a week in mid-May and gave three separate presentations. (As a side note: On Dan’s second presentation at the local American Legion an extremely intoxicated man continuously yelled at Dan to “shut up punk.” Dan handled it very well.)

In mid-August, the PANDA resolution failed before the city council by a vote of 3 to 4.

On August 29th, Rosa Koire gave her presentation. Dan’s and Rosa’s presentations drew audiences, and I developed an email list of over 150 local supporters.

After the PANDA failure, our core group of six to eight people were momentarily at a loss for what we should do, since we had to wait for one year before we could present our anti-NDAA resolution again.

We weren’t at a loss for long. It came to our attention in October that many sections of the proposed code revision were absolutely horrific. I also learned that Rosa Koire knew our Community Development Director, Bob Pederson, during his stint as CDD in Island County WA. She made no bones about how she felt about him. She feels he ought to be locked up for the horrible things he did as CDD in Island County. Many others in Island County feel the same way.

Some of the other people who had been loosely following Kodiak PANDA, whom I did not know at the time, got in touch with me about the code revision. Many people worked very hard reading and scrutinizing the 340 pages of bureaucrat-speak. It turns out that many people had been fighting this code for a few years but they did not have the organization or numbers to make much of a difference. Thanks to a lot of hard work, we were able to put together a list of the worst parts of the proposed code revision and mail them out to all 5500 Kodiak addresses. Also, several people ran radio and newspaper ads pointing out the worst of the code. Many others were handing out flyers and collecting signatures on a petition to defeat this code. The combination of all of these things, plus the fact that many people in Kodiak has already been aware of the horrific nature of this new code, lit off an unbelievable and unprecedented firestorm of support to defeat it. People who have lived in Kodiak over 50 years and who are very politically active say they have never seen anything like it!

Our group now has over 400 people who have signed on and to whom I regularly send emails. This is very exciting as that is about 3% of the population of our Island and probably accounts for 20% or 30% of the voting population, which is easily enough to sway pretty much any election in Kodiak.

There were rumors after the Planning and Zoning committee unanimously voted to kill the code revision and that several members of the Borough Assembly were going to try and resurrect the code revision, but I believe that was simply hot air from Assembly members who wanted the new code to pass, and who, I can say with almost certainty, will not survive another election.

Solutions Institute believes that any community can accomplish what the residents of Kodiak did. We invite inquiries from activists needing help in getting a movement organized, visible, and triumphant.