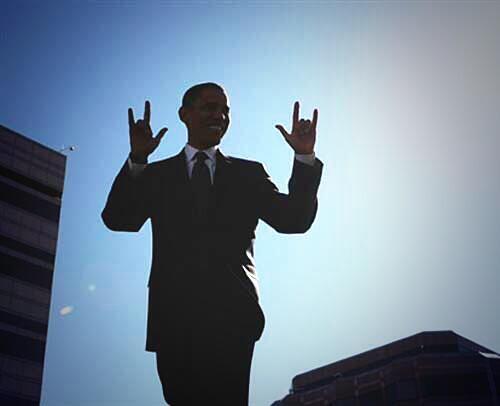 Two days ago there was some rejoicing and much surprise when the “Warren-faction” of Senate liberals turned against Obama, and failed to vote for a fast-track approval of the TPP. That surprise lasted for about 48 hours when moments ago, in a 65-33 vote, the Senate finally advanced a measure allowing Obama to expedite approval of trade agreements, a bill with bipartisan support in that chamber which however according to Bloomberg may run into strong opposition from House Democrats.

The vote followed separate votes sought by Democrats to pass proposals curbing currency manipulation and boosting imports from sub-Saharan Africa. The Senate plans to consider amendments to the fast-track trade proposal next week.

As previously reported, a rebellion Tuesday among Senate Democrats seeking the currency provision previews what may be fiercer battle ahead between Democrats and House Speaker John Boehner, an Ohio Republican.

“There’s a broad feeling we have to do something against China” on currency manipulation, New York Senator Charles Schumer, the chamber’s third-ranking Democrat, told reporters before the vote on advancing the trade bill. He called the currency measure “a shot across China’s bow that we’re not going to just sit there and do nothing.”

Bloomberg reports that the fast-track bill would allow Obama to submit trade agreements to Congress for an up-or-down vote without amendments. He hopes to complete a 12-nation Trans-Pacific Partnership and send it for fast-track approval.

On Tuesday, Democrats blocked Republicans from advancing the fast-track bill without also voting on the currency measure. Many Democrats remain stung by the 1994 North American Free Trade Agreement, which is blamed by labor unions for a decline in U.S. manufacturing jobs.

The trade bill, H.R. 1314, would give Obama and the next president fast-track powers for six years.

Senate Majority Leader Mitch McConnell, a Kentucky Republican, said Thursday the agreement to separate the two measures from the broader trade bill was a sensible plan.

“I’d like to thank the president too,” McConnell said. “No, you’re not hearing things. President Obama has done his country a service by taking on his base and pushing back on some of the more ridiculous rhetoric we’ve heard.

And in other news, just as the TPP fast-track news hit, perpetual warmonger and neocon John McCain announced that as part of a $613.2 billion Defense Authorization Bill, approved by the Senate Armed Services Committee, the US just added funds for 12 more F/A-18 fighter jets. More importantly the Bill authorizes sending arms to Ukraine.

Reed says he voted against bill on “off-budget gimmick” in which Republicans transferred extra funds from base budget to overseas contingency operations to avoid budget controls.

In other words, since the Fed can’t print trade, either the world will trade with the US voluntarily… or it will be forced to do so. And if that fails, there is always the Ukraine war escalation option.