Analysis: over half of all statements made on fox news are false. 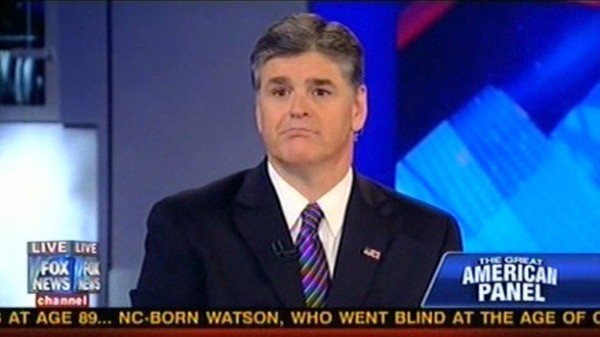 (addictinginfo)A new analysis by PunditFact found that of every statement made by a Fox News host or guest, over half of them were flat-out false. What’s more, only a measly 8% could be considered completely “true.”

In other words, a fancy review of hundreds of hours of video confirmed what many who watch Fox News with any regularity already know: Fox News lies. A lot. Like all the time.

Which isn’t to say that exposing Fox News’ irresponsible journalism isn’t an admirable goal. Despite its blatant spin doctoring, Fox still captivates a large portion of the news watching audience. On a near nightly basis, Fox News programs like “The O’Reilly Factor” and “The Kelly File” crush the competition. Given what we know about how poorly Fox informs its viewers, that paints a pretty grim picture for the millions who consume it without question.

As you can see, Fox manages to capture an impressive range between “Mostly False” all the way to “Pants on Fire” while at the same time just 40 percent could be said to be even somewhat true.

Some might argue that all news networks are pretty terrible and with the seemingly endless drivel that comes out of a 24-hour channel it’s a valid point. Luckily, PunditFact looked at a few other major stations as well and while they aren’t bastions of veracity, they at least look like they’re trying.

MSNBC, for example, which some might call Fox’s liberal counterpart is certainly guilty of misleading their viewers, but they also tell the truth more than they lie, and their “Pants on Fire” percentage is half of what Fox has.

The real surprise comes in the form of CNN which, setting aside its breathless coverage of the missing airplane, does a pretty good job of being honest.

Way to go, CNN! I truly didn’t think you had it in you. Glad to see you are at least 40% committed to being “mostly” true.

However, before you go off assuming the best in CNN and the worst in Fox, the writers at PunditFact urge a bit of caution:

The comparisons are interesting, but be cautious about using them to draw broad conclusions. We use our news judgment to pick the facts we’re going to check, so we certainly don’t fact-check everything. And we don’t fact-check the five network groups evenly. CBS, for instance, doesn’t have a cable network equivalent, so we haven’t fact-checked pundits and CBS personalities as much.

But still, these findings (even if tentative) do go a long way towards explaining some of the other interesting studies conducted on Fox News viewers.

For example, a PublicMind survey out of Fairleigh Dickinson University found that “people who said they consumed no news” fared better on a current events questionnaire than people who had been using Fox News to find out what was going on in the world. Let that sink in for a moment. People who categorically don’t watch the news know more than people who watch a network whose primary function is ostensibly to relay the news.

Adding insult to injury, it was the only network that ranked below “blind ignorance” the survey. (By the way, the most informed audience was that of NPR.)

How do Fox News viewers know less than people who literally don’t know anything about current events? If you would allow me to hazard a guess, it could be because unlike people who didn’t bother to watch any news programs, Fox viewers thought they were watching informational content – instead they were being lied to under a carefully constructed veneer of responsible journalism. Later, when someone asks them about what’s going on, they feel like they know the answer when they haven’t a clue.

So, next time you overhear a Fox News host boldly stating their position as fact, flip a coin. Heads it’s half true, tails it’s Pants on Fire. Either way, switch the station.