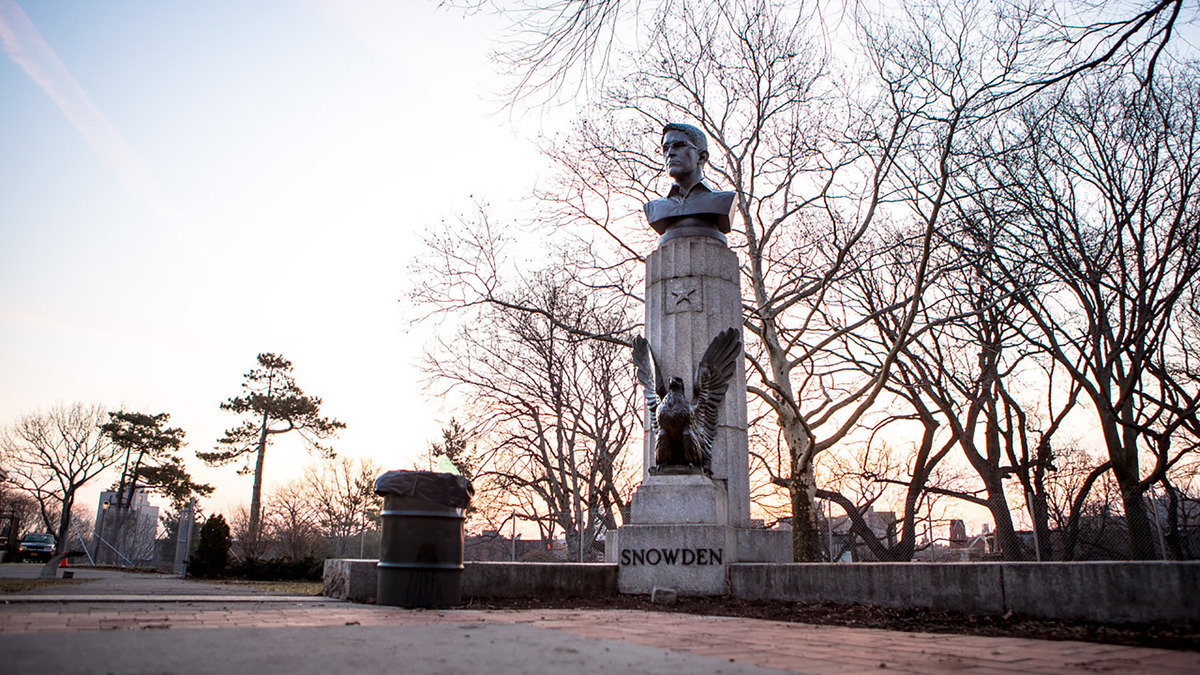 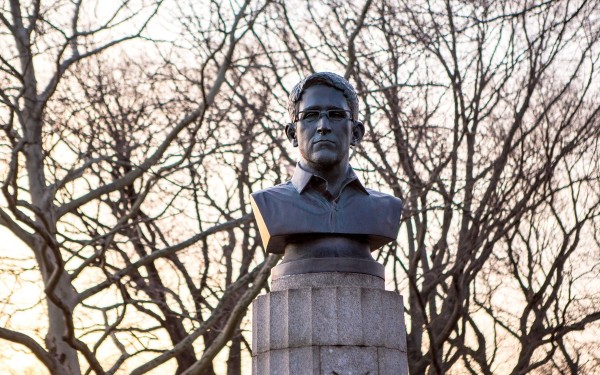 Dressed in reflective yellow construction gear while working under the cover of darkness early Monday, a small group of artists installed a tribute to NSA-leaker Edward Snowden in a Brooklyn park.

The Snowden bust stands atop a column at the Prison Ship Martyrs Monument in Fort Greene Park, a site built to honor more than 11,000 American prisoners of war who died aboard British ships during the American Revolutionary War.

The location is no coincidence. 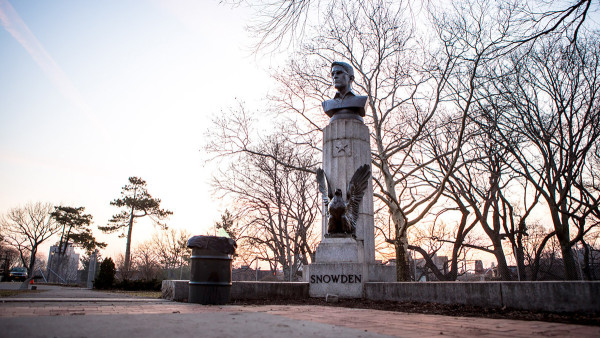 Speaking to Mashable on the condition of anonymity, the artists said they chose the spot because it is “loaded with significance and meaning and reverence of others.” It positions Snowden, they said, “as a continuation of a story that began at the beginning of this country” — one represented in the plight of the captured Americans.

“We feel that Snowden’s actions really continue that story,” said the artists. “It is built upon a set of ideals to live freely, not be confined or surveilled or monitored by your government. You can’t have freedom of expression to pursue liberty if you feel like you’re doing it under a watchful eye.”

The three artists — two of whom who planned the idea while a third created the “museum-quality” sculpture itself — spent the better part of year on the project.