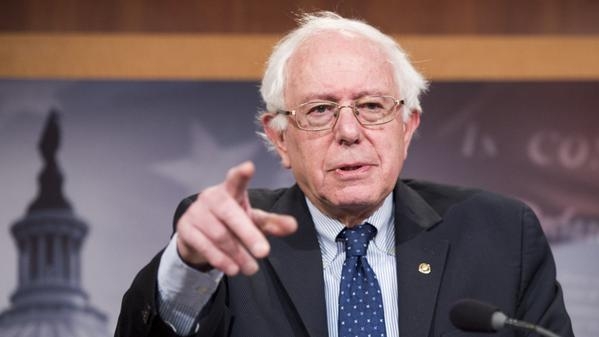 (HNGN)Democratic presidential candidate Sen. Bernie Sanders, I-Vt., said Sunday that if elected president he would not end the U.S.’s controversial drone program in the Middle East.
Sanders told ABC’s “This Week” host George Stephanopoulos that he would continue with the targeted killing campaign but suggested he would somehow reform the program so that drones don’t kill innocent people abroad.

“I think we have to use drones very, very selectively and effectively. That has not always been the case,” Sanders said.

Since President Barack Obama took office on Jan. 20, 2009, at least 2,464 people and 314 innocent civilians have been killed in drone strikes in Pakistan, Yemen, Afghanistan and Somalia, according to the Bureau of Investigative Journalism.

Nine times more strikes have occurred under Obama than under former President George W. Bush. The Obama strikes have killed almost six times more people and twice as many civilians than those ordered in the Bush years. At least seven American citizens have been extra-judicially killed by drones, including one 16-year-old, meaning they were never given a trial as required by the Constitution, according to the National Journal. Obama himself directly ordered many of the strikes.

Another study by the human rights group Reprieve found that as of Nov. 24, 2014, attempts to kill 41 alleged terrorists with drones resulted in the death of as many as 1,147 civilians, including more than 200 children, with thousands more injured.

The U.S. has also been known to conduct drone strikes on funerals and weddings, as well as double-tap strikes on rescue workers.

Despite the controversial aspects of the program, Sanders said Sunday that he believes there are still effective uses for drones.

“What you can argue is that there are times and places where drone attacks have been effective,” he said.

“There are times and places where they have been absolutely counter-effective and have caused more problems than they have solved. When you kill innocent people, what the end result is that people in the region become anti-American who otherwise would not have been,” Sanders said.

Mike Flynn, retired director of the Defense Intelligence Agency, agreed with Sanders’ assessment, suggesting that the drone program is creating more terrorists than it is killing, as HNGN previously reported.

“When you drop a bomb from a drone … you are going to cause more damage than you are going to cause good,” Flynn told Al Jazeera’s Mehdi Hasan. When Hasan pressed Flynn on whether drone strikes are creating more terrorists than they kill, Flynn said, “I don’t disagree with that” and described President Obama’s approach to using drones “an overarching … failed strategy.”

Most of Sanders’ presidential campaign has so far focused on domestic policies rather than foreign policy and national security issues, but he said Sunday his campaign “is going to spend more time on” foreign policy in the coming months. “I promise you, we’ll address it,” he said.