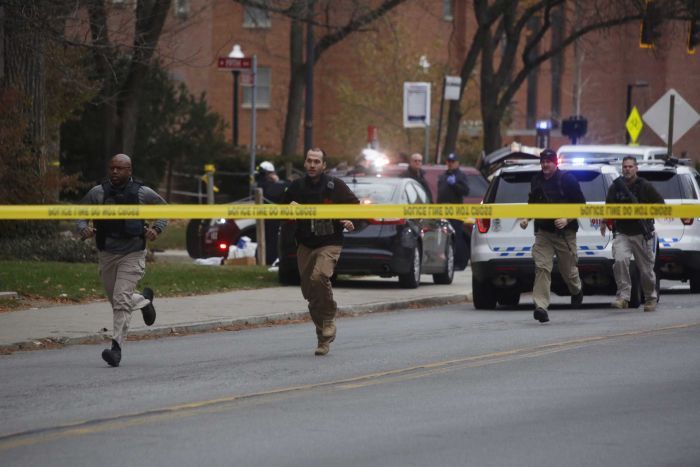 COLUMBUS, OH (WeAreChange) — The Islamic State (ISIS) has claimed responsibility for Monday’s stabbing spree at the Ohio State University which left 11 injured. The terrorist was fatally shot by police.

At this point in time, it is unclear as to whether Artan was in direct communication with the terror group before carrying out his gruesome attack on the students. However, Artan’s attack comes under the “lone wolf” category where an isolated terrorist, radicalized by hard-core Islamic propaganda, carries out the mandates of  jihad.

The disgruntled Ohio State student used his car to ram into pedestrians on campus Monday morning before drawing a large butcher’s knife and mercilessly stabbing students. At least 11 people were hospitalized as a result of the attack.

In a chilling Facebook post shortly before the rampage, the Somali immigrant urged America “to stop interfering with other countries, especially the Muslim Ummah,” a term for Muslim people at large.
“By Allah, we will not let you sleep unless you give peace to the Muslims,” he wrote. “You will not celebrate or enjoy any holiday.”
In related news, thousands of documents which detail planned terror plots and ISIS intelligence have been uncovered in Syria. The documents “reveal thousands of plots to attack Europe and other parts of the world.”