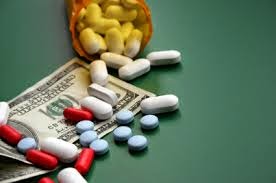 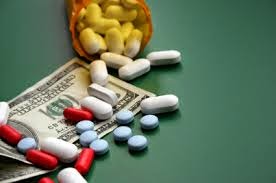 What happens when the ‘Average Joe’ gets caught committing a crime? He or she usually gets the book thrown at them, most often spending time in the slammer. However, what happens when “corporations too big to fail” get caught with “their hands in the cookie jar,” so to speak? Not very many folks pay the time, but the corporate treasury pays the fine. Why? Apparently, large sums of money can “absolve corporate sins” time after time after time. One industry that has had enormous fines levied against it is the pharmaceutical industry, also known as Big Pharma.

It is the opinion of this writer that Big Pharma’s corporate largess is too tempting to resist by federal government agencies, and fines work nicely. Pharma’s lobbyists spend hundreds of millions of dollars a year contributing to congressional campaign coffers, which should be outlawed because it is nothing short of bribery—plain and simple. Obviously, a member of Congress will champion a cause – or is ‘morally’ obligated to do so – for the money Pharma’s lobbyists freely hand out. [3]

That being said, let’s change gears and consider only a fraction of apparent crimes and misdemeanors Big Pharma and/or its personnel allegedly have perpetrated. Some have resulted in fines while others – if not many – slid under the wire or evaded the radar screen. One in that particular category, which comes to mind, is the inclusion of the SV-40 cancer-causing virus in the polio vaccine until about the early 1970s. Here and here are two articles about viruses in vaccines, which should have been prosecuted under the category “crimes against humanity.” How come? Well, when federal and state health agencies mandate that children be given vaccines that undoubtedly are not safe nor proven to not contain viruses or mycoplasma that cause diseases down the line, then both Big Pharma and government agency personnel ought to be prosecuted, in my opinion. Maybe we’d have ‘safer’ vaccines?