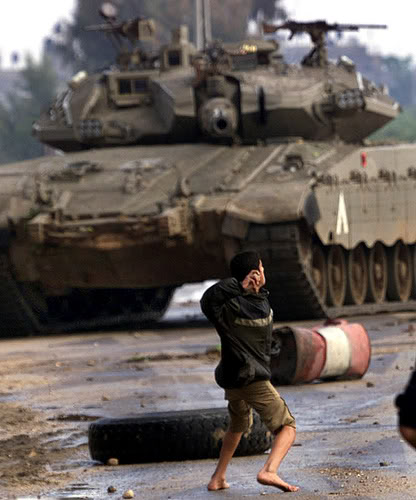 The number of Palestinian children held in solitary confinement, subjected to harsh interrogation and general mistreatment in Israeli prisons is increasing, according to a report released on Monday by an international non-governmental organization.

The report was released by Defense for Children International – Palestine (DCI-P), a monitoring organization that focuses on the treatment of children in areas of conflict, and details the treatment of Palestinian children between the ages of 12 and 17 in the occupied West Bank throughout last year.

In addition to solitary confinement, the report also found that more than 76.5 percent of Palestinian children detained in Israeli prisons experienced some form of physical violence, 74.5 experienced verbal abuse, and 98 percent were not informed of the reason for the arrest.

The overwhelming charge brought against Palestinian youths is stone throwing, which can lead to a sentence of up to 20 years in prison.

In 85 percent of these cases children are taken from their homes in the middle of the night during raids carried out by Israeli soldiers, according to the report, which states that the children are then blindfolded and forcibly brought to a detention center inside Israel, where they are interrogated by the Israel Security Agency, (or Shin Bet), the Israeli equivalent of the FBI.