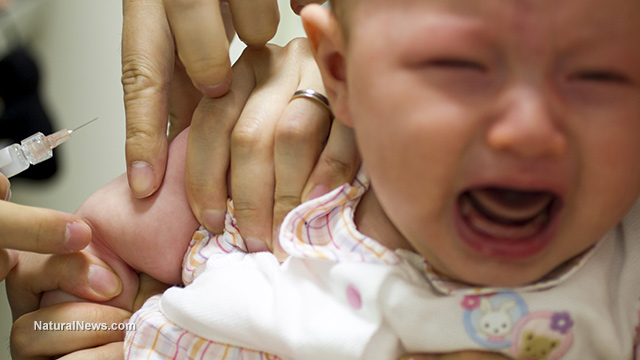 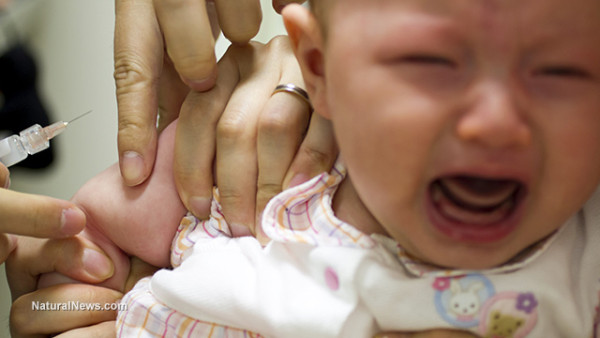 The state’s schools are now being penalized financially for not enforcing mandatory vaccinations; meanwhile children are being expelled for having a genetic predisposition to certain diseases – even when they don’t actually have the diseases in question.

Despite much controversy and outrage over California’s vaccination laws, it seems that now health officials are emboldened to push even more authoritarian measures regarding the ‘health’ of the state’s citizens.

California has some of the strictest mandatory vaccination laws in the country. Natural News founder Mike Adams, the Health Ranger, has written extensively about the bullying and poisoning of the populace at the behest of Big Pharma – in California, particularly.

“These people — the ‘vaccine pushers’ — ignore real science and use wildly dishonest tactics of fear mongering, social shaming and blatant lying about scientific facts to demonize informed parents and attempt to criminalize those who pose intelligent, scientific questions about vaccine safety.

“In this way, U.S. doctors, vaccine patent holders (such as Paul Offit), legislators and health regulators are marching America right down the path of medical crimes against humanity — the very same thing we once witnessed carried out by scientists operating under the Nazi regime in Germany.”

Get vaccinated – or else!

Schools in California are now being threatened with financial penalties for admitting “kindergartners who were overdue for their second dose of the measles vaccine.”

“The state acted because its data analysis indicates that many schools are erroneously enrolling kindergartners who are overdue for one or more vaccinations and by law should be excluded from class until they’re up to date with their shots. …

“If children entered school with only one of two required measles shots and had not received their second shot within three months, as required by state law, the guidelines require auditors to verify the students were excluded from class.”

If the students were not excluded from classes, auditors were instructed “disallow the [average daily attendance payment] for any days after three calendar months and ten days from the first dose until the date of the second dose.”

So, either the kids whose parents don’t want to take chances on unsafe vaccines get expelled, or the schools lose funding, creating a no-win situation for everyone involved – except for the state and Big Pharma, of course.

Equally as disturbing as the mandatory vaccination agenda in California, is the growing trend towards ‘genetic discrimination.”

The recent case of sixth-grader Colman Chadam – who was kicked out of school because of his DNA profile – has raised grave concerns regarding privacy, medical ethics and the extent of the government’s increasingly meddling role in regulating health.

As reported by Wired:

“The situation, odd as it may sound, played out like this. Colman has genetic markers for cystic fibrosis, and kids with the inherited lung disease can’t be near each other because they’re vulnerable to contagious infections. Two siblings with cystic fibrosis also attended Colman’s middle school in Palo Alto, California in 2012. So Colman was out, even though he didn’t actually have the disease, according to a lawsuit that his parents filed against the school district. The allegation? Genetic discrimination.”

As unbelievable as that case may sound, the article warns that genetic discrimination is a term that we’ll be hearing a lot more of in the future.

According to bioethics expert Michelle Lewis: “As we do more screening earlier and earlier in life, there’s potential for misuse of information in ways that are harmful, that could potentially discourage parents from seeking genetic testing even if it’s medically indicated.”

The corporate-owned state seeks to control every aspect of our existence – what we eat, what we think and how we raise our children. It’s aim is to keep us sick, uninformed and utterly dependent.

We do have the power to change the system, but we’d better act together now, while we still have enough brains and health left to accomplish something. Let’s hope it’s not already too late.