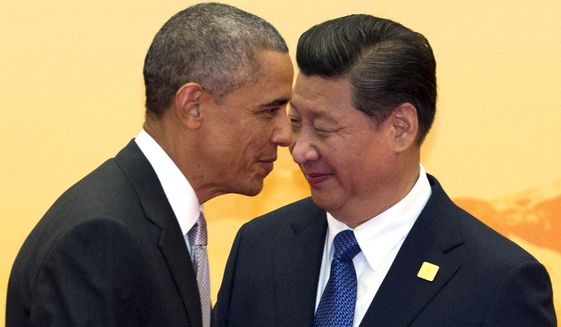 China has suggested arming Hawaii’s independence activists in retaliation for U.S. arms sales to Taiwan and recently threatened to challenge American sovereignty by making legal claims to the Pacific islands as its territory.

Chinese threats to back several groups of Hawaiian independence activists who want to restore the islands’ constitutional monarchy, ousted in a U.S.-backed coup more than a century ago, have raised concerns that military facilities on the strategic central Pacific archipelago are threatened at a time when the Obama administration is engaged in a major shift toward Asia as part of its military and diplomatic rebalance.

Michael Pillsbury, a Pentagon consultant and author of the book “The Hundred-Year Marathon,” said Chinese military hawks, known as “ying pai,” told him they are ready to provide arms to Hawaiian independence activists in retaliation for U.S. arms sales to Taiwan.

“Beijing’s extraordinary sensitivity to American arms sales to Taiwan — even one bullet or a spare tire for a jeep — often provokes angry words,” said Mr. Pillsbury, who has held talks with 35 Chinese generals in recent years.